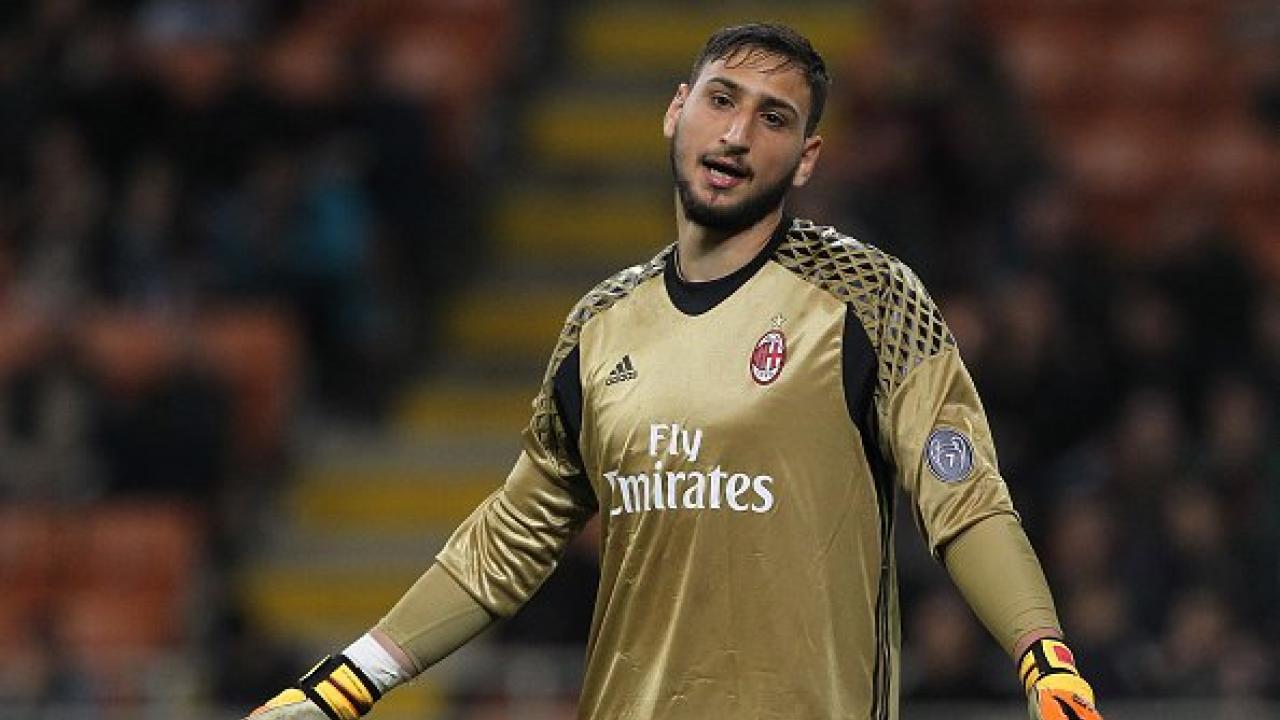 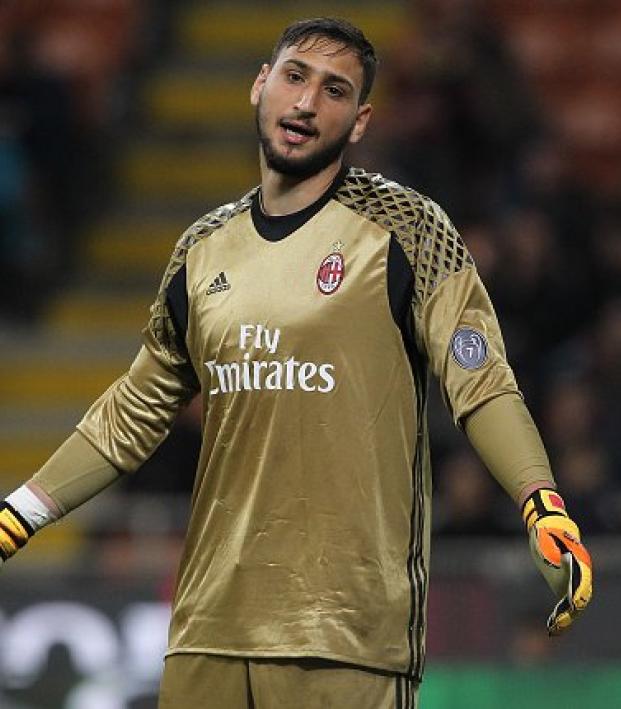 Welcome To The Desert Of The Real: Making Sense Of The Absurd Italian Market

Huw Thomas July 11, 2017
In a period without football, the Italian transfer market becomes a game in and of itself.

As we traverse the long, hot and boring summer, we find ourselves lost amid a desert of dullness — a boring expanse of time in which no football is actually played. No club football. No proper international tournament. Even the youth football has finished. Teams are barely beginning their preseason. Quite literally, there is no football to talk about. But the machine never ceases. Which brings us to the transfer market.

To the outsider, the transfer market is a strange beast. Nowadays, there are two brief windows in which a flurry of activity takes place. In Europe (where the fixed transfer windows align with the timing of the big leagues), the market is treated differently in each country. To paint with very broad strokes:

German clubs do all their business in a sensible and timely manner, with the majority of it finished before the end of May, by which time all the best players in the league have gone to Bayern Munich and all Schalke players will have one year left on their contracts.

In France, PSG spend months trying to spend all the money in the world, while the remaining clubs throw open their doors, polish up their under-21 team and sell them to English sides (editor’s note: namely Newcastle United) for vastly inflated prices.

In Turkey, clubs deploy a battalion of fans to leave Instagram comments on the profiles of all their top targets. Eventually, they sign a past-his-prime player and everybody meets at the airport for a massive party.

In Britain, the din builds to an August fever pitch. By the time Jim White breaks out the yellow tie, every other club in Europe is done with its business while British clubs are chasing a thirty million-pound Moussa Sissoko up and down the M1.

But – obviously – Italian football is different. For a start, the window shuts at the far more reasonable time of 6pm. Similarly, all the clubs book out a hotel in Milan for the final day of the window, flitting back and forth between comfortable conference rooms as they do business.

Anyone who has followed Italian football for any length of time will have encountered the Italian penchant for a complicated deal. Whereas English clubs mostly negotiate using dump trucks filled with raw cash, every club from Juventus to Palermo will strive to tie the deal up in the most intricate of knots.

Two-year loans with an obligation to buy. Purchase and loan back agreements. It’s only recently that co-ownership has been outlawed. Unlike anywhere else in the footballing world, swap deals can and do happen on a regular basis. As do deals between rival clubs. There are so many players who have played for both Milan and Inter, for example, that it would take too long to list. The complicated nature of these deals can make the mercato even harder to comprehend.

One of the reasons for this is the sheer number of agents in the country. According to a report by the CIES Football Observatory, there are “730 official licensed agents in Italy”. This is roughly 150 more than in Spain and a number which accounts for 30% of all the football agents in Europe. Obviously, many of these agents work internationally but the majority of licensed agents can be attributed to Italy.

So, we have many incredibly complicated deals taking place between domestic and non-domestic clubs with every side looking to get the best price possible and agents attempting to complicate matters on behalf of their clients. It means navigating the Italian football mercato can be incredibly hard and following the process as a fan has become a game entirely in itself. 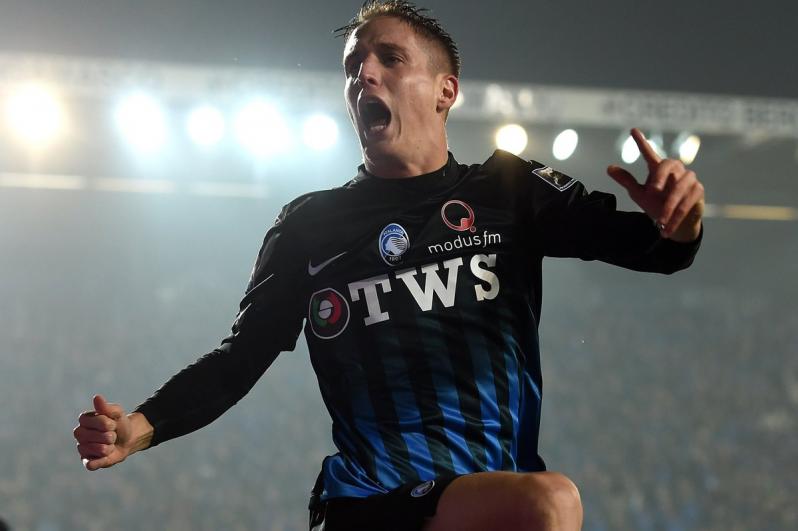 This brings us to the main thrust of this article. The media. With the growth of social media, the traditional transfer rumor has taken on a life of its own. The gossipy hydra, the transfer market is a hyper-normalized beast. Cut down one false report and two more will take its place.

These pieces of information will be shared, consumed, mistranslated and misinterpreted in a matter of minutes. Nothing is real. In effect, the transfer market is a simulation of reality. The variously shared social simulacra crumble under the slightest inspection but are shared nevertheless. We all know transfer gossip is meaningless but we all believe it anyway. No smoke without a fire.

Let’s pause to take a look at the various dedicated subreddits of the larger football clubs — Manchester United, Real Madrid, Arsenal, Chelsea. Over the summer, these become forums for the sharing of transfer information; memetic slices of various quality picked up from around the world and posted in a dedicated environment. The headline appears, it is voted on and it is commented on. In these subreddits, the users have begun to create a tiered system of trust.

For example, a generic tier system would range from 0 to 4. Being the most trustworthy source, a tier 0 rumor would be something posted from an official club source. It’s true. It’s accepted as fact. But it does not always mean the transfer will happen (consider Manchester United’s Aaron Ramsey web article or their John Obi Mikel press conference).

Entering into the other tiers, 1-4 are ranked based on their trustworthiness. Journalists and outlets are assigned into a tier depending on the shared experienced and collective knowledge of the group.

A journalist with close ties to a club – David Ornstein and Arsenal, for example – would be a top tiered source. Those with intermittent ties and occasionally correct information are rated accordingly. Whereas Ornstein might be a tier 1 source, John Cross would be a tier 3 source.

Eventually, these small communities created a codified system of trust. In turn, certain journalists become more trustworthy simply by dint of being a tier 1 source. A self-servicing machine is created; a great deal of effort assigned to being able to trust transfer gossip.

A similar phenomenon occurs on Twitter and Facebook, though it is less codified. Certain outlets are more trusted, the groupthink commenting on and evaluating every rumor which is shared. But there are flaws in this system. For a start, not all deals are completed. There are myriad reasons why a deal might collapse. The journalist who shares information might be correct at the time of print but a deal is not actually completed.

Nevertheless, this affects the source’s reputation among the social collective and this failed deal will be considered a false rumor. The churning machine of trust fails to accommodate nuance.

Likewise, a number of journalists work either closely or on behalf of Di Marzio. Their information may not be as correct or as verifiable, but it is shared by Di Marzio’s social media and then reposted as his own work. When the eventual transfer does or does not pan out, this will be used to evaluate the quality of the information, the original source or nature of the information ignored.

This is true for many Italian journalists, as well as those from other nations. Tancredi Palmeri has become something of a meme online. A polyglot with boundless energy, Palmeri shares many rumors throughout the day. Some are right, some are wrong, some are correct but never come to fruition. Sometimes he posts rumors, sometimes he provides his own information, sometimes he reposts rumors from other nations. But this nuance is lost and all posts are attributed to Palmeri, rightly or wrongly.

Furthermore, the naming of outlets can be confusing. Calciomercato.web is an online publication with a dubious track record, though the unrelated print version, Calcio Mercato, is of higher quality. Subsections of the Corrire Dello Sport might be labelled as Calcio Mercato and, when their articles are shared, they will be falsely attributed to another site.

Articles are often shared and commenters will discuss where they fit into the tiered structure of trust or will evaluate their past track record, failing to realize that they are conflating very different outlets. Any original snippets of truth are lost amid the desperate need to share, comment on and consume fresh transfer rumors. 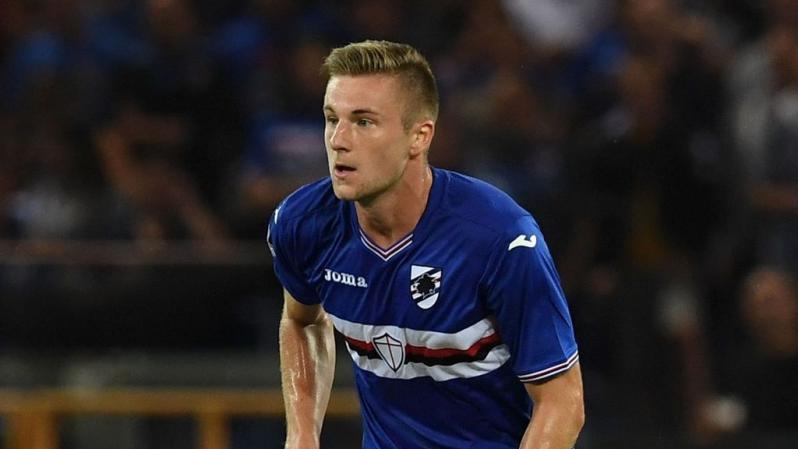 And that is without even considering the language barrier. Modern online translation tools are wondrous. Real-life electronic babel fish, they can instantaneously provide a rough translation of sentences in hundreds of languages. But they are far from perfect. When passing through the translation tools, sentences and paragraphs lose all nuance. They are shorn of information and become much vaguer. Into this vacuum, the reader is able to project their own meaning and interpretation.

Whereas Di Marzio, for example, might carefully select his vocabulary and phrasing, specifically stating that talks between clubs have tentatively begun, this will then be condensed for social media, translated by Bing, and then the translation will be interpreted by hundreds of Twitter users, who eventually crowdsource a meaning which was not present in the original tweet.

Given that Di Marzio is a tier 1 source, however, this rumor will become an accepted part of the transfer narrative. When the deal fails to come to fruition, the competitive nature of the transfer market will mean that sources, clubs, players and agents will be blamed for a failure which has been entirely invented.

At a preseason tournament, Arsenal fans once booed Gonzalo Higuain. There are many reasons to boo Higuain, especially if you are Neapolitan, but the chosen slight was the fact that he had not signed for the North London club. Throughout the summer, the internet had been abuzz with rumors that Higuain was on the verge of joining the Gunners. When these rumors failed to materialize, the fans decided that someone must be at fault.

Since tier 1 sources are not to be doubted, they seemed to decide that the player was at fault. Higuain might have been close to signing for Arsenal. He might never have considered it. But the modern social media maelstrom had collectively agreed that he was the party at fault, that he had slighted the club and that he deserved to be booed.

Right now, we are in the period without football. Nothing is happening and, into this void, all of the transfer rumors are being gleefully slung. To borrow a phrase from Ken Early, football is now the least popular part of football.

It is the discussion and the debate which is valued, particularly online. This is especially true during the summer. When there is no actual football being played, the other elements which surround the game come to the fore. The transfer window becomes a game in itself, something to be won and lost.

The rules of the game emerge from the crowds on social media, the actions of the game often performed by journalists and news outlets. We arrive, in the summer, in the desert of the real, a time in which football fades from our consciousness and we play a game of pure simulacra. That it should blend so readily with late capitalism, ideology and exchange value only adds to the sensation. A post-modern enjoyment of football where no balls are actually kicked.

Truly making sense of the Italian football market — especially from an English-speaking perspective — is almost impossible. But it becomes a fitting representation of the market as a whole. Shorn of nuance, built upon a flimsy understanding of the actual nature of the process and strengthened by a hyper normalized and overwhelming volume of information, the transfer window bares almost no relation to actual football. It is almost another sport, to be won or lost entirely off the pitch.