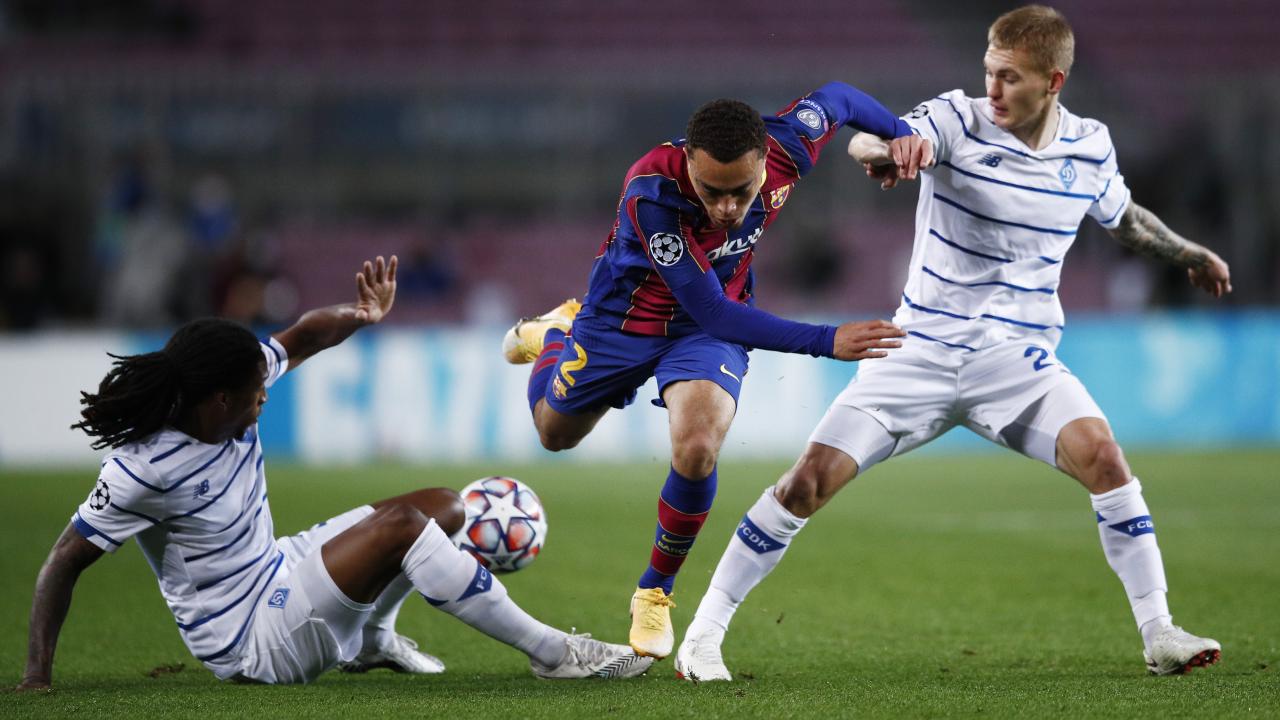 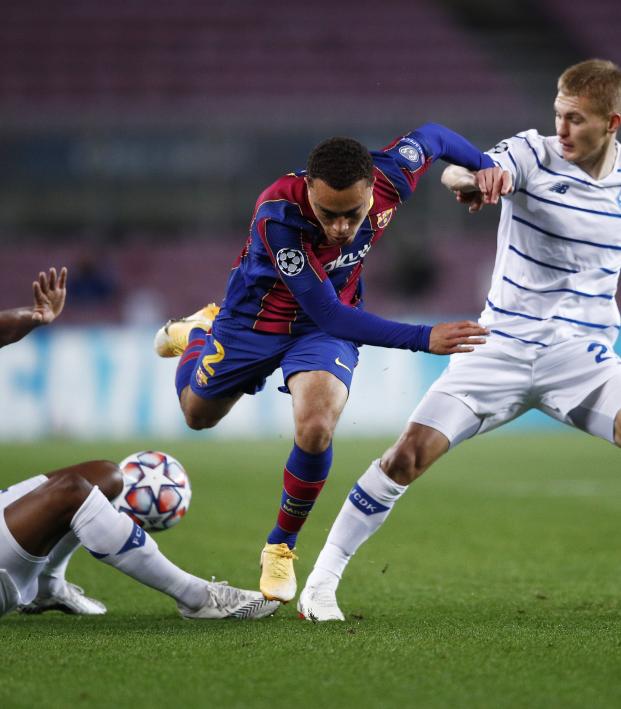 Sergiño Dest’s first Barcelona goal will immediately make him a favorite of culés everywhere as the 20-year-old American took matters into his own hands to end 52 minutes of futility against Dynamo Kyiv in the Champions League.

With Lionel Messi and Frenkie de Jong left in Barcelona to rest, manager Ronald Koeman elected to field a young starting 11 against Dynamo with Dest joined by Óscar Mingueza (21), Francisco Trincão (20) and Pedri (17). Antoine Griezmann, Jordi Alba and Ousmane Dembélé were left on the bench.

The first half ended with Barcelona controlling 74 percent of possession and out-passing Dynamo at a 426 to 157 clip, but almost every attack ended on the edge of the home side’s area with some sort of no-look, disguised reverse ball attempt through a forest of legs.

Dest put an end to that in the 52nd-minute after passing, moving and taking the ball off Martin Braithwaite for an excellent finish that showcased the full back’s desire to take on responsibility for Barça — a quality that’s in shockingly low supply across the rest of the squad.

Five minutes later, Braithwaite was allowed to score one with Dest unable to take the ball off him.

Dest then (probably) allowed Braithwaite to take a penalty in the 70th-minute to make it 3-0.

Dest should've had an assist in the 77th-minute but Riqui Puig managed to spoon his cutback over the bar from close range. Dest was feeling himself all game.