Hannah Lichtenstein July 19, 2018
There had been signs and behind-the-scenes talk for years, but the tea is finally being spilled on the problems in Piscataway.

In her post-game interview on July 7 after playing former club Sky Blue, Chicago Red Stars forward Sam Kerr did not want to talk about her hat-trick or the satisfaction of clinching three points on the road. Rather, Kerr used the mic in front of her to say this: “I wish things were better here [at Sky Blue]. I’m just going to say the girls deserve better and I’m just going to leave it at that. These girls are great girls. They give everything of themselves for this club and this league and they just deserve better. I wish I could take every single one of them with me but that's not the way it is. I felt like I was going to cry at some points in the game”

Kerr alluded to a stormy state of affairs at the New Jersey club that for many, sadly, was not breaking news at all. A recent exposé, using interviews with those close to the team past and present, rattles off a laundry list of troubles that have plagued Sky Blue for years — everything from players having to move living accommodations multiple times a season to pathetic training facilities to a disconnected general manager who scoffs at the teams’ needs. 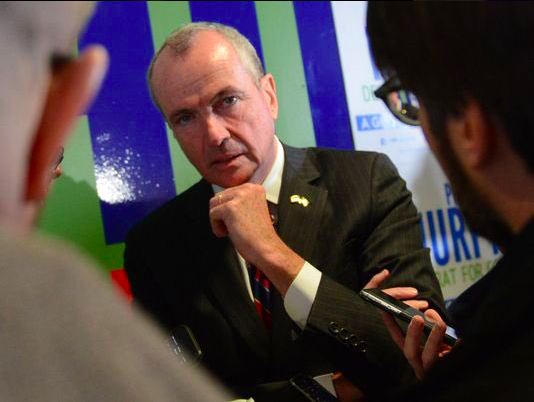 Sky Blue FC owner is under fire for poor conditions at the cub.  Photo: @ByZachMiller | Twitter

It's no wonder that players joke that it’s a semi-pro team or an “under-25 team” (a reference to Sky Blue’s slew of early retirements which were “directly linked to Sky Blue’s inept management”). Discomfort, discouragement and disrespect run rampant at the club. They’re not even making the (valid) argument for a pay raise, they’re simply asking to know where they’re going to live and to have a reasonable locker room.

What’s more, a culture of silence has developed. Players are told to keep their mouth shut about issues. After all, the “average,” not-USWNT NWSL player is told they’re expandable — they’re given the message that they can be waived, traded and regardless, the club will be okay because there are a couple dozen female soccer players who would kill to have any spot in arguably the best professional women’s soccer league.

A star like Kerr putting a noteworthy face to this narrative could perhaps be the catalyst for change, finally.

Your voice matters, and we want you to know that we hear you. Let's work together to make this better for us all.#PushForward pic.twitter.com/kXnrOGnTgt

Now, the NWSL Players Association is involved in the situation, saying it is fully aware of the issues at hand and making known its desire to work with the club to improve conditions.

Let’s hope meaningful, structural adjustments can be made at the club sooner rather than later. Sky Blue has the capability to become not just a quality soccer team but an organization of which players are excited and proud to be a member. They don’t need to be the next club to close up shop like Boston Breakers did last season, but everyone within the administration needs to listen and to respect the people who put on the jersey each week.