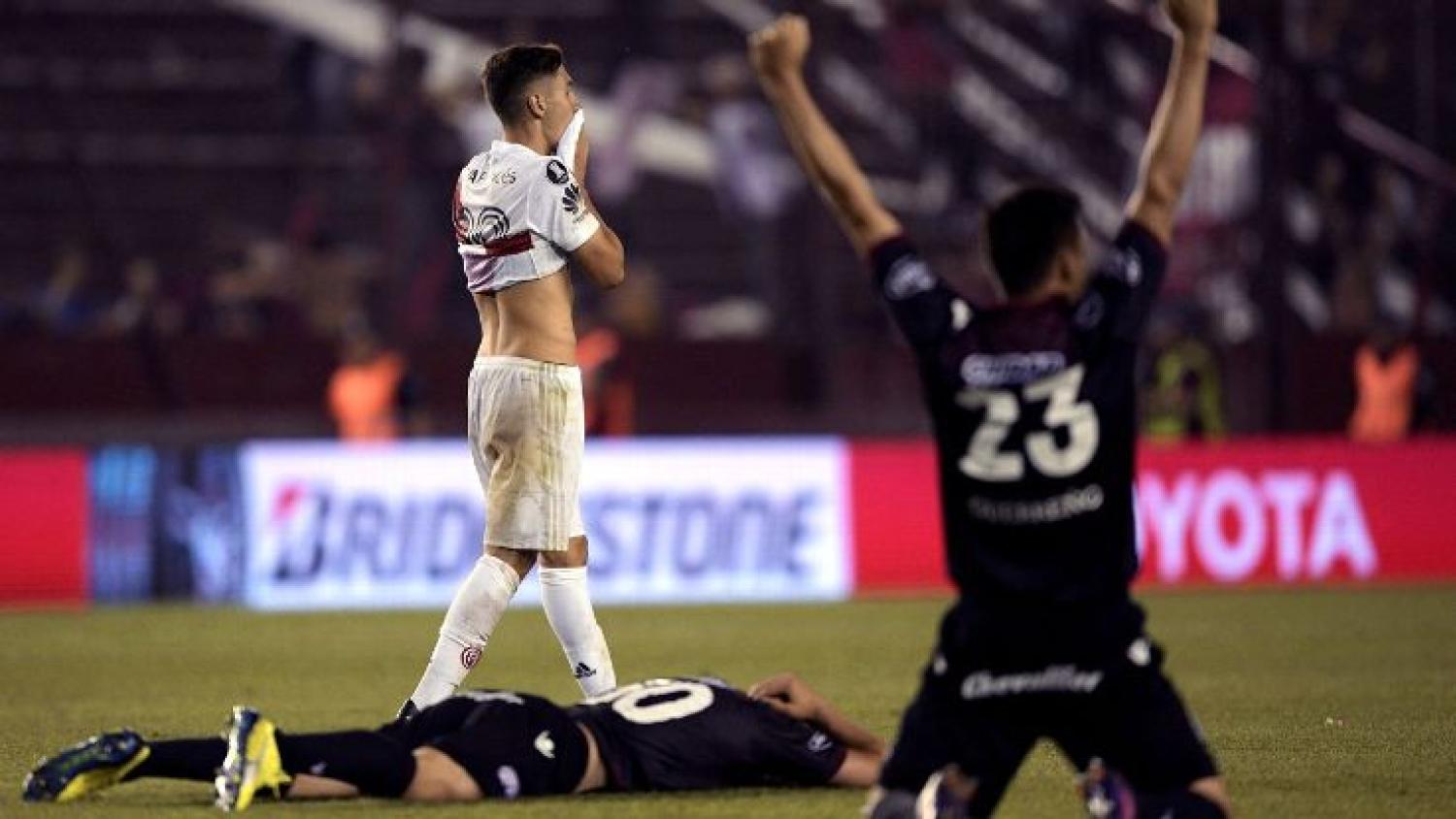 River Plate’s troubles went well beyond a missed call or two against Lanús in throwing away a three-goal advantage.
@ESPNFC | Twitter

River Plate was leading Lanús by three goals on aggregate early in their Copa Libertadores semifinal second leg on Tuesday evening, a seemingly insurmountable lead for Lanús, which has only played in five Copa Libertadores, against a club that has won the tournament three times. But then it all unraveled, with Lanús scoring four unanswered goals to steal a 4-3 aggregate victory and advance to the club’s first Copa Libertadores final.

Now River Plate coach Marcelo Gallardo is claiming VAR is the reason his 36-time Argentine champions couldn’t hold onto a three-goal lead. The River Plate VAR complaints stem from a handball in the Lanús box that was not reviewed while Lanús was later awarded a penalty by VAR. The VAR is in use for the first time in South America at this year’s Copa Libertadores.

“This defeat is difficult to digest,” Gallardo said. “I prefer that the referee is still wrong, but not that seven judges are wrong, it is not understood how it will work for the two teams or if it will work for only one depending on how the result is.

“All the explanations we have been given for a while now about VAR, including the investment so that football has more justice, was not present.”

River Plate won the first leg of the semifinal 1-0 and went up 2-0 after a penalty by Ignacio Scocco in the 18th minute. Five minutes later Gonzalo Montiel headed home a rebound to put River Plate on top 2-0 on the night and 3-0 on aggregate and it seemed River Plate would be on its way to another Copa Libertadores final.

But that was the pinnacle of the night for River Plate. In the 40th minute, Scocco tried to move past Lanús defender Ivan Marcone in the box, only for Marcone’s arm to block the progression of the ball, ending the chance for Los Millonarios.

The referee immediately waved for the teams to play on, apparently seeing no harm in the ball hitting Marcone’s arm, which was by his side and did not make a move toward the ball. Additionally, the video assistant referee never signaled for a review of the play and the match moved on.

“There was a penalty, a clear goal play in which Scocco is fouled,” Gallardo argued, with some validity.

Perhaps still miffed over the missed call, River Plate conceded a goal on both sides of the halftime whistle to José Sand. On the first, Sand blasted a shot past River Plate keeper German Lux’s near post with one of the last kicks of the first half. On the second, Sand finished a scrappy goal after River Plate defenders were seemingly unprepared for the first minute of the second half.

Sand’s second goal tied the match but River Plate still had an aggregate advantage. However even that disappeared in the 62nd minute thanks to a Lautaro Acosta goal assisted by Alejandro Silva.

Still, River Plate, one of the giants of South American football, could have advanced on away goals at this point. However, VAR had one more trick up its sleeve, awarding a penalty to Lanús when Montiel tugged down Nicholas Pasquini in the box. The referee was not going to award the PK initially until given a second look by VAR.

Montiel clearly (and stupidly) pulled on Pasquini’s shirt and while Pasquini probably could have stayed on his feet, there’s no doubt it was a foul. Silva calmly slotted home the penalty and remarkably Lanús was ahead with about 20 minutes to play.

River Plate’s collapse was completed in the 92nd minute when Ignacio Fernández was sent off for a second yellow card, completing a miserable night for his team. To be fair to Gallardo, he did admit some fault for the defeat. Kind of.

“We failed because we had the advantage,” Gallardo said. “We made mistakes that were very costly and ended up in one of the toughest defeats.

“We have responsibility for not having defended that difference that had been achieved. Clearly it is our responsibility. But there is also the feeling that there was no justice.” 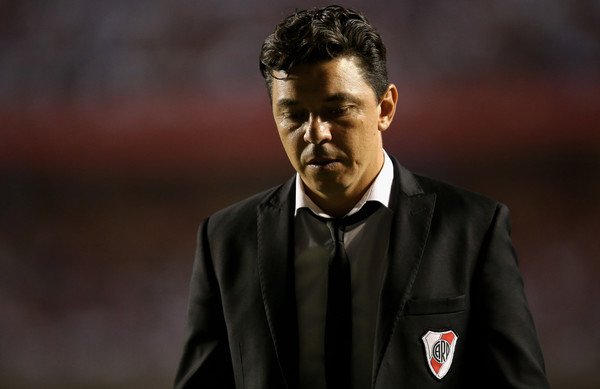 Los Millonarios must now quickly regroup with a big rivalry match against Boca Juniors at El Monumental on Sunday. Lanús will face either Grêmio or Barcelona SC in the Copa Libertadores final. Grêmio won the first leg 3-0, but after Tuesday’s semifinal, anything can happen in Wednesday night's second leg.