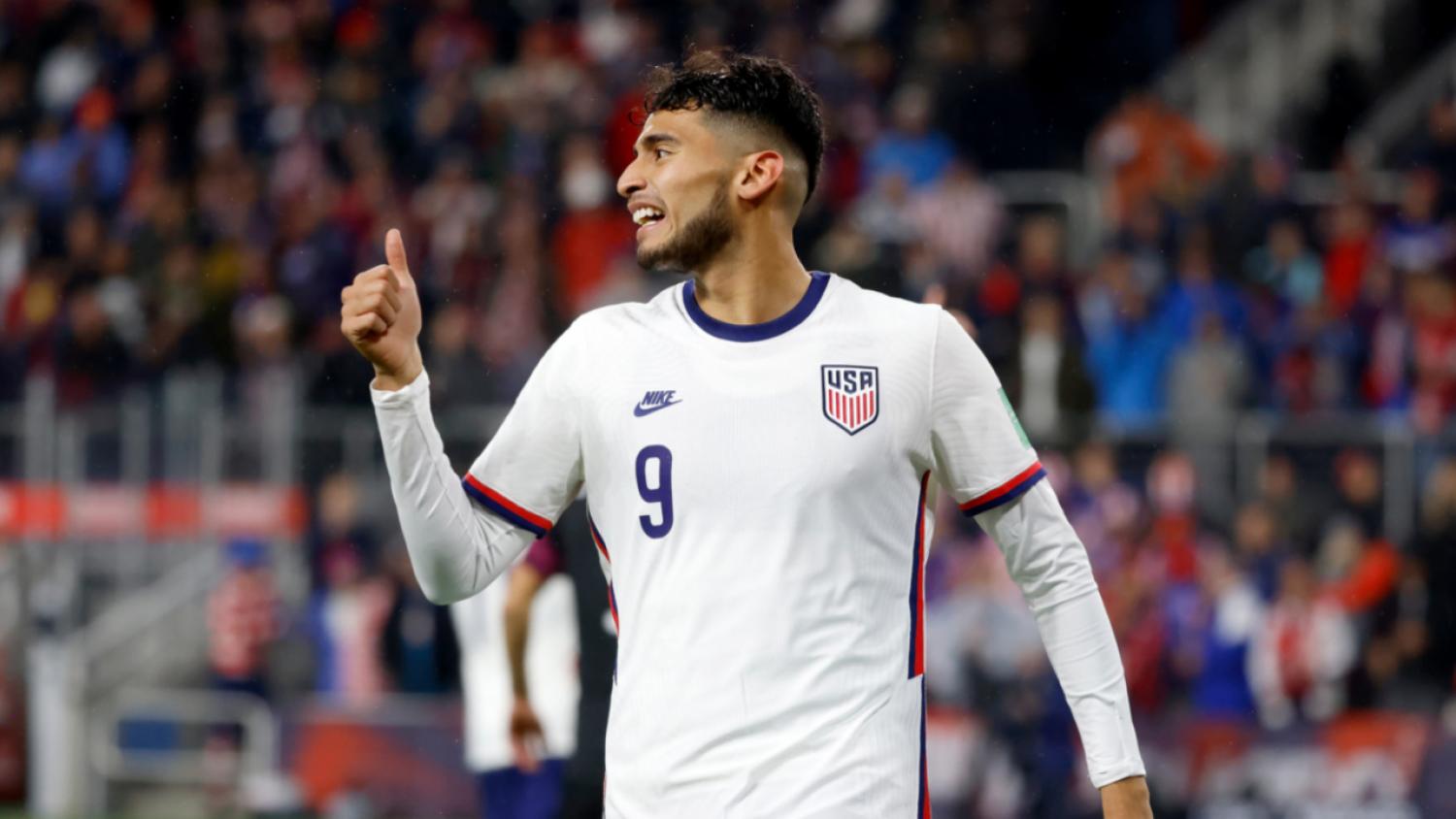 The striker could make his debut for Augsburg as soon as Jan. 8 or Jan. 16.
Getty Images

FC Dallas completed the transfer of striker Ricardo Pepi to FC Augsburg of the German Bundesliga on Monday.

Pepi, the 2021 MLS Young Player of the Year, signed a five-and-a-half-year contract at Augsburg that includes a club option to extend the deal until the summer of 2027.

"It was my dream to move to Europe after the last MLS season. I see FC Augsburg and the Bundesliga as the perfect environment to be able to collect a lot of match practice at the highest level as a young player," Pepi said in a news release. "It was impressive how much the people in charge at Augsburg tried to help me. So from the very first moment I had a really good feeling that Augsburg was exactly the right club for me. I'm looking forward to my new colleagues and would like to join the team as soon as possible and can hardly wait for it to start."

Pepi could make his Augsburg debut as early as Saturday against Hoffenheim. The club enters the second half of the Bundesliga campaign in 15th place.

"We are delighted that Ricardo has decided to move to FCA despite the interest of numerous top international clubs. We were able to show him a clear sporting perspective for his further development, which convinced him," Augsburg sporting director Stefan Reuter said. "We are convinced that he will continue to develop in Augsburg and that we will all have a lot of fun together in the years to come."

Pepi paced Dallas with 13 goals and added three assists in 31 games in 2021, including 24 starts. He also scored the game-winning penalty kick in the MLS All-Stars' shootout victory against the Liga MX All-Stars.

We knew he was special since the day he joined our Academy.

Every step of the journey, he rose above expectations.

Now, we wish you the best of luck in your next step, America’s Striker ❤️ pic.twitter.com/xLi2n3AuCC

He also made his U.S. men's national team debut and has tallied three goals and three assists in six matches during the World Cup qualifying cycle.

It's hard to get better feedback from your boss pic.twitter.com/SipYwqoWxE