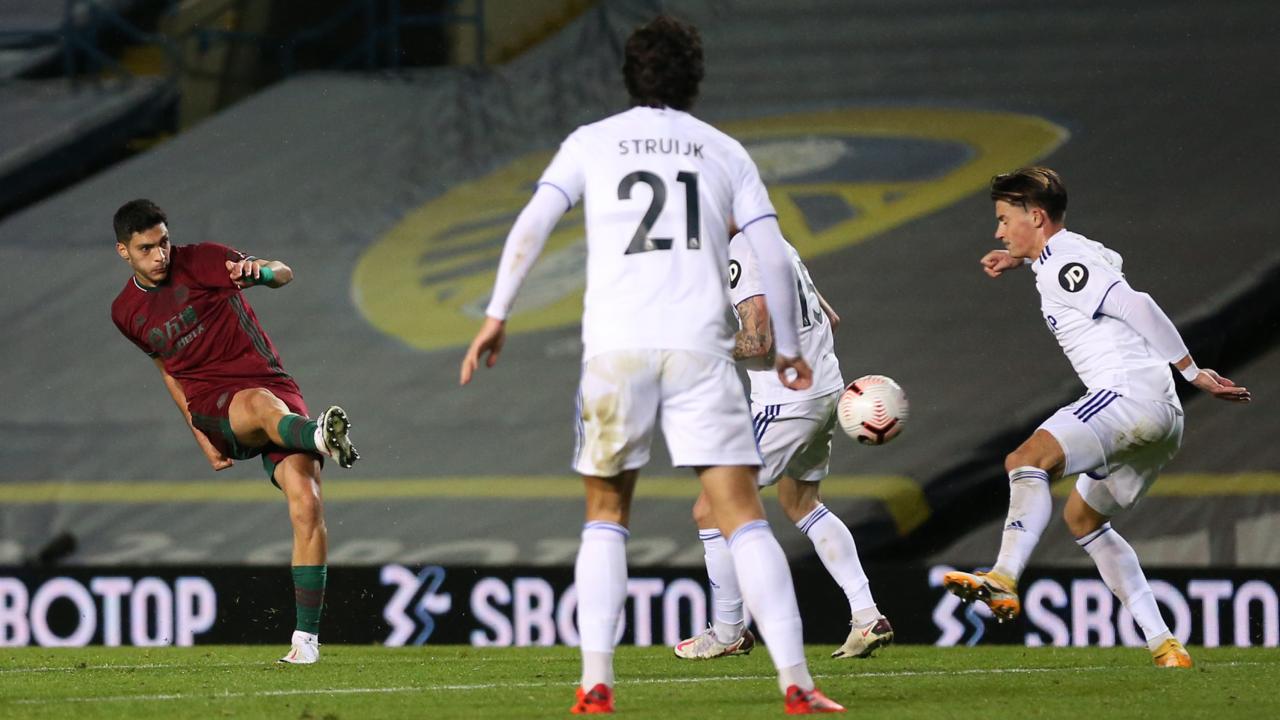 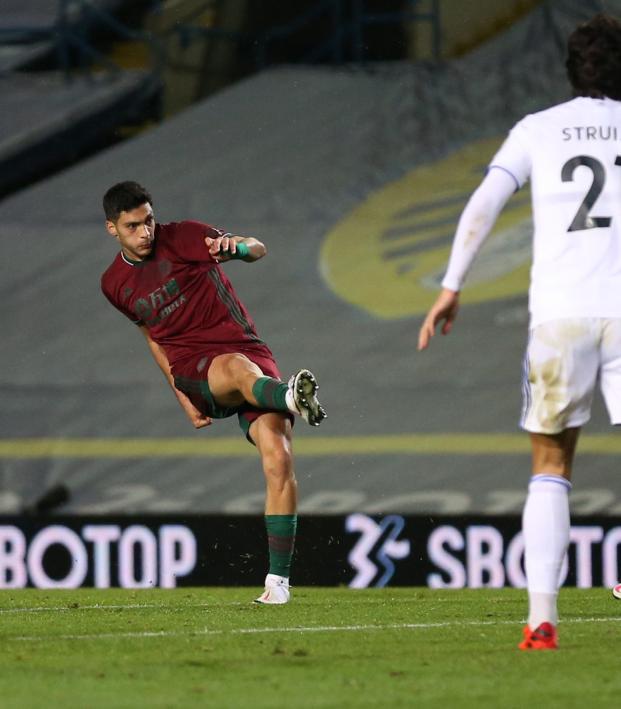 A Raúl Jiménez shot that took a heavy deflection off the head of Leeds United midfielder Kalvin Phillips gave Wolverhampton a hard-fought 1-0 away win in the Premier League on Monday.

Leeds dominated possession in the opening half, firing crosses into the box at a variety of angles and threatening from set pieces without creating much in the way of clear-cut chances. For all their attacking endeavor, they were almost made to pay in first-half stoppage time when Wolves sliced them open on the counter-attack, but Daniel Podence fired a powerful shot straight at goalkeeper Illan Meslier, who batted it away.

Wolves improved greatly in the second half and Romain Saiss thought he had given his side the lead with a wonderful flick and volley in the 53rd minute. However, the goal was ruled out by the video assistant referee when Podence was deemed to be offside in the build-up.

Wolves finally broke the deadlock when Jiménez drifted in from the right and cut back to shoot. Phillips reacted quickest and attempted to head clear, but only succeeded in wrong-footing Meslier as the ball flew into the net.

Pedro Hernandez had a good chance deflected over for a corner as Leeds pressed forward looking for an equalizer. However, the Wolves defense held firm to hand Leeds their first home defeat of the season.

The win put Wolves sixth on nine points from five games, behind Leicester City and Arsenal on goal difference. Newly-promoted Leeds are 10th with seven points.

"In the first half we didn't find a way to receive their press but in the second half we played very well and found the space," goal-scorer Jiménez said. "It's difficult to score against this kind of team, they press very well. Sometimes you need fortune to score, it's all about persistence.”