Does English Soccer Have A Racism Problem? 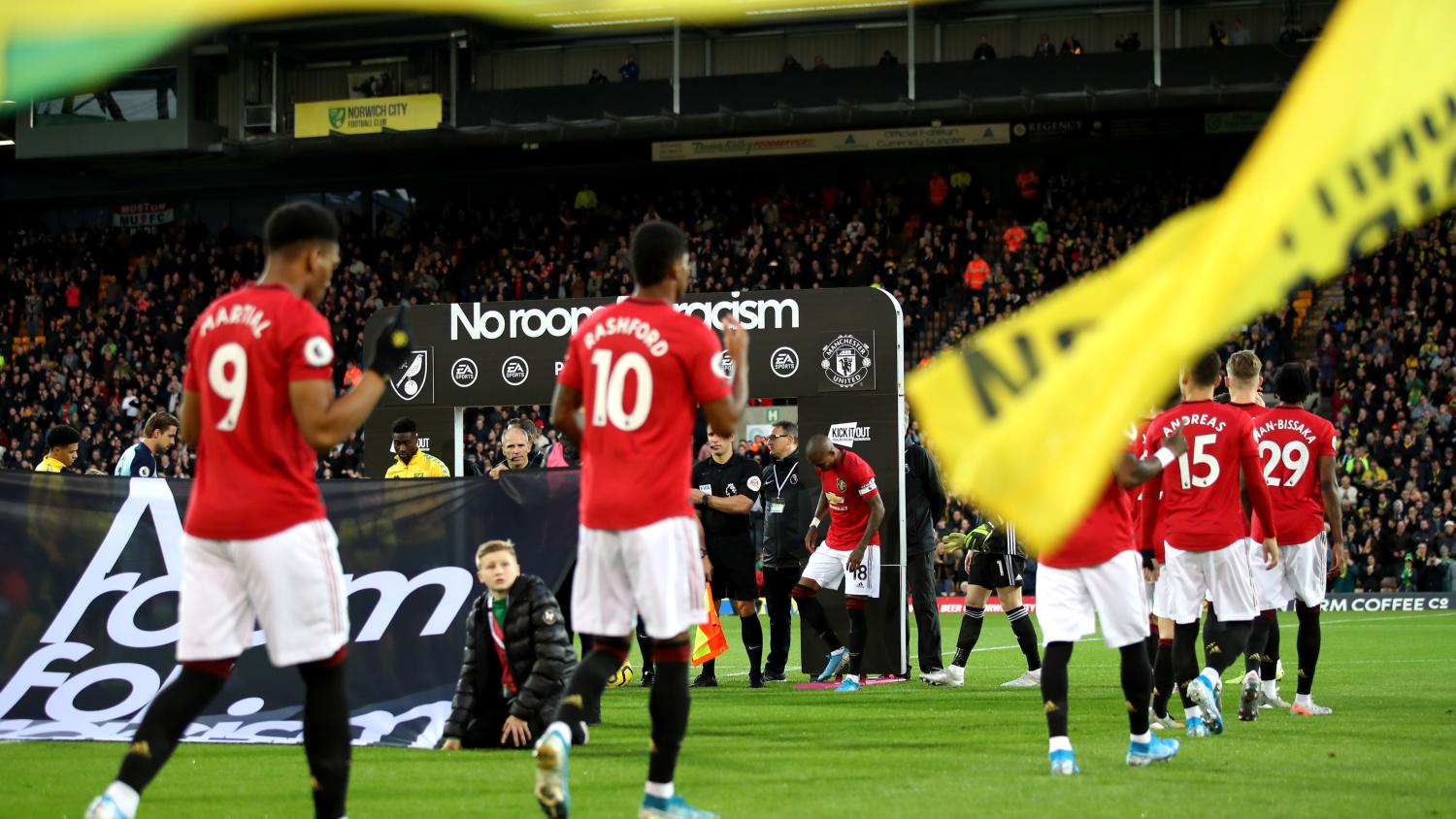 It is time for England to confront the issue it has repeatedly avoided.
Getty Images

In October 2019, Bulgaria national team manager Krasimir Balakov stated that he believed England had a bigger racism problem in soccer than Bulgaria did.

"In the Bulgarian championship, we have a lot of players of different ethnicities and skin color," Balakov said, "I don't think that we have this big problem like, for example, England do."

He went on to say: "I would like to focus on football because at the end of the day we're all civilized Europeans and we're all working for this sport and that's all the matters."

Civilized Europeans. Sounds like a phrase used by a 16th-century Anglican explorer, not a modern day European soccer manager.

It should come as no surprise then that Bulgaria's match against England in October was played in a a partially closed stadium after racist behavior by Bulgarian fans during a national team match in June 2019.

England threatened to walk off the pitch if any players received racist abuse (and was subsequently criticized by Borislav Mihaylov, president of the Bulgarian "We're Not Racist" Football Union). These threats came after left back Danny Rose was subjected to monkey chants against Montenegro earlier in the year.

Good job England. You recognized racism was a problem, developed a plan of action and expertly dealt with the situation before it could escalate.

With that type of response, there's no way racism is a major problem in English soccer.

The FA Cup fourth qualifying round tie between Haringey Borough and Yeovil has been abandoned after reports of racial abuse.

Reports say that Haringey keeper Douglas Pajetat was initially struck by an object from the stands.

Well, I mean that is only a week later, but it's probably just an isolated incident. Besides, it was two non-league teams; that kind of thing never happens in the Premier League.

Anyone care to identify the man doing a monkey impersonation whilst staring at Lingard???? pic.twitter.com/ypkrjkv6jZ

If my math is correct that is three incidents within the space of two months. Three incidents that were reported and made national news. How many others went unreported or underreported?

And most recently, a right-wing demonstration in London where a bunch of middle-aged white men protested the removal of statues of racist figures across England (and hoped to protect the statue of former Prime Minister and noted racist Winston Churchill).

With Euro 2020 postponed, England fans are forced to give Nazi salutes in their own cities pic.twitter.com/HCgdDZTe6d

Of course they performed Nazi salutes in front of a monument honoring British soldiers who died in World Wars I and II, as they failed to see the irony that their Nazi salutes were what Churchill fought against.

The scary part is, these rioters are found every Saturday in English soccer stadiums. Listening to chants of "England! England England!" one might think this scene was the buildup to an English World Cup qualifier or a Manchester United Champions League tie, not a racist protest.

It's as if these guys came out of hibernation from 1985, when hooliganism ruled soccer, the sport was believed to be dying and members of the far-right, fascist, racist National Front Party incited violence at soccer matches across England and around Europe (read Bill Buford's book Among the Thugs if you get the chance).

Except they've been there all along. Everyone assumed that racism in English soccer disappeared when the Premier League was formed in the early 90's and money was invested to clean up the game. The thought was that shinier, more expensive stadiums would price out the vagrants and the miscreants who had previously perpetrated violence and hate in the sport.

But racism is not a class issue. The fans making Nazi salutes are wearing designer shirts and expensive jackets. They'll go back to their cushy desk jobs on Monday and joke with their mates about fighting cops, confronting liberal snowflakes and other escapades.

Sure, the situation has improved. Racism is not as overt in English soccer as it once was. You won't hear entire stadiums in England make monkey noises when a black player has the ball. But some of those fans are still there. And they're still making those noises. Or verbally abusing a black referee. Or cracking jokes about a player's skin color. Or any number of other racist offenses.

And the fans that don't call out their racist counterparts are compliant in the bigotry.

The problem is that England doesn't admit that it has a racism problem.

Episodes of racism are seen as isolated when clearly they are not. England calls out other countries for their racism but fails to deal with its own. This English superiority complex is dangerous as it allows for more subtle forms of racism to exist while denying that racism is a problem in England.

"I get death threats," Watford striker Troy Deeney said. "And even though 98 percent of them won’t be acted on, you have to be wary of that other 2 percent. You can’t ignore it if you have a family or kids. I can handle it but I really feel for my missus, who’s new to this and gets abuse because of me, or my younger sister, who’s in her twenties and who also gets it.

"I’ve been getting so much abuse on social media ever since my career started and I report it all the time, but all I get in response is statements like: ‘The monkey emoji isn’t racist.’ Social media companies don’t care about the context of this abuse and so you either fight against it or you give in and say: ‘This is just how things are.’ That’s the worry for me and for my children. If you’re a person of color, you’re a lesser person."

'I can handle it.' More of a phrase to use when carrying groceries into the house, not when discussing death threats.

Deeney's teammate Ben Foster also received death threats after he stood up for his fellow Englishman.

Their responses are commendable, but as Deeney says, we shouldn't have to praise players for their response to racism because it should never come to that.

"We have seen people take a stand and fair play to everybody who did," Deeney said. "But it shouldn’t get to the point where people have to take a stand — there’s still not a set punishment."

Change must come from the top. The English Football Association and the Premier League need to be more vocal and active in preventing racism. These organizations need to use their power and platforms to create meaningful change instead of simply being reactive to the issue. They can also use their authority to punish racist fans more severely.

On a local level, there is also a responsibility amongst the fans to chastise their friends and fellow spectators when they make racist remarks or attempt to start off-color chants.

It is time for reform in English soccer, but first England needs to admit it has a racism problem.