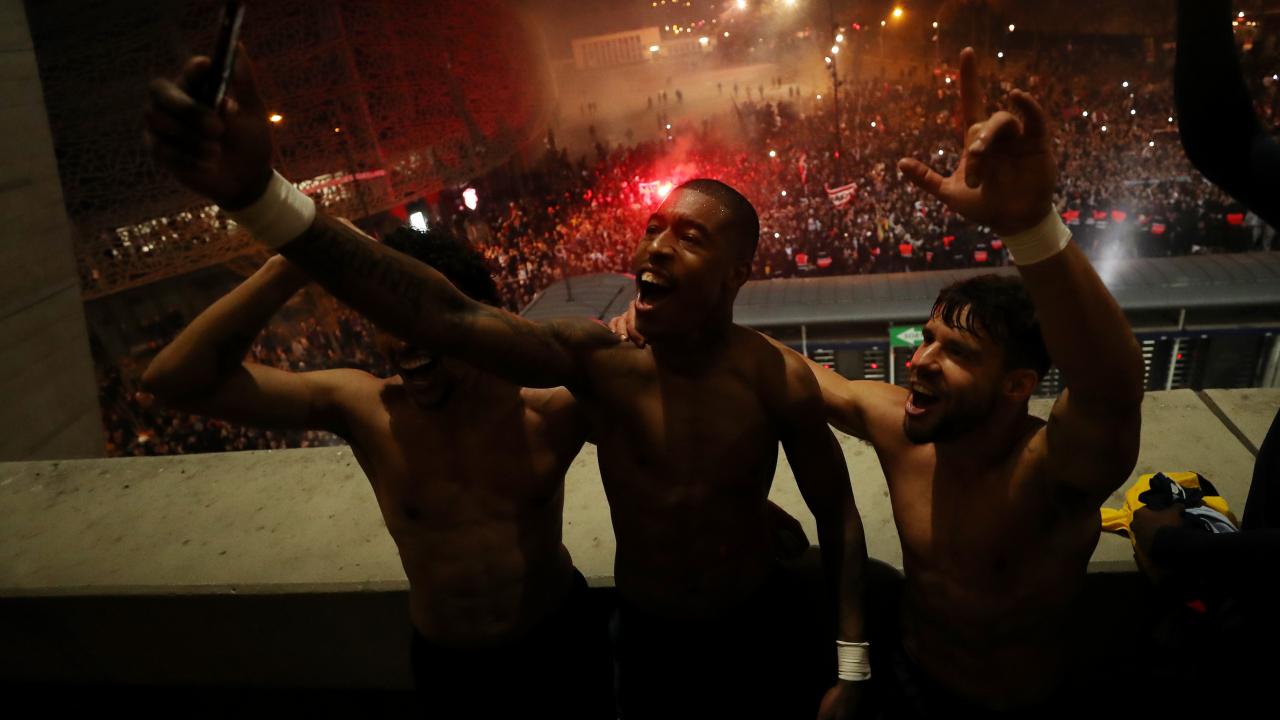 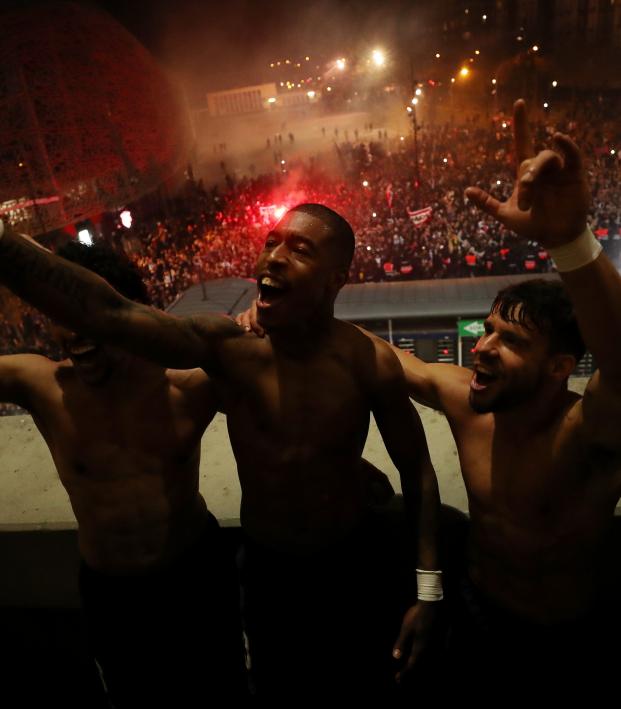 PSG Players Celebrate With Fans After Win In Empty Stadium

PARIS — Paris St Germain players climbed up a Parc des Princes stand overlooking the street where thousands of fans waited for them after they qualified for the Champions League quarterfinals in an empty stadium amid coronavirus fears on Wednesday.

The French champions beat Borussia Dortmund 2-0 to secure a 3-2 aggregative victory and erase memories of embarrassing last-16 exits against Barcelona and Manchester United in 2017 and 2019.

Brazilian forward Neymar, who scored PSG's first goal, burst into tears as his teammates cheered the flare-throwing fans from the top of the Auteuil stand.

"We have values and we have character," said centre back Marquinhos, who captained the team in the absence of the injured Thiago Silva.

"We heard the fans, we saw them before the game, I had never seen that before.

"It is what football is about, it's about passion, that's what we're here for."

The wild celebrations demonstrated PSG's relief after traumatic recent exits from Europe's most prestigious club competition at the last-16 stage.

In 2017, PSG were eliminated 6-5 on aggregate by Barcelona after letting slip a 4-0 advantage, and last season they lost to Manchester United on away goals after a 2-0 win at Old Trafford in the first leg.

Club president Nasser al-Khelaifi admitted his side had doubts before kickoff due to their recent history.

"The supporters were not in the stadium but they were in our hearts. We felt their strength, it was the perfect game."