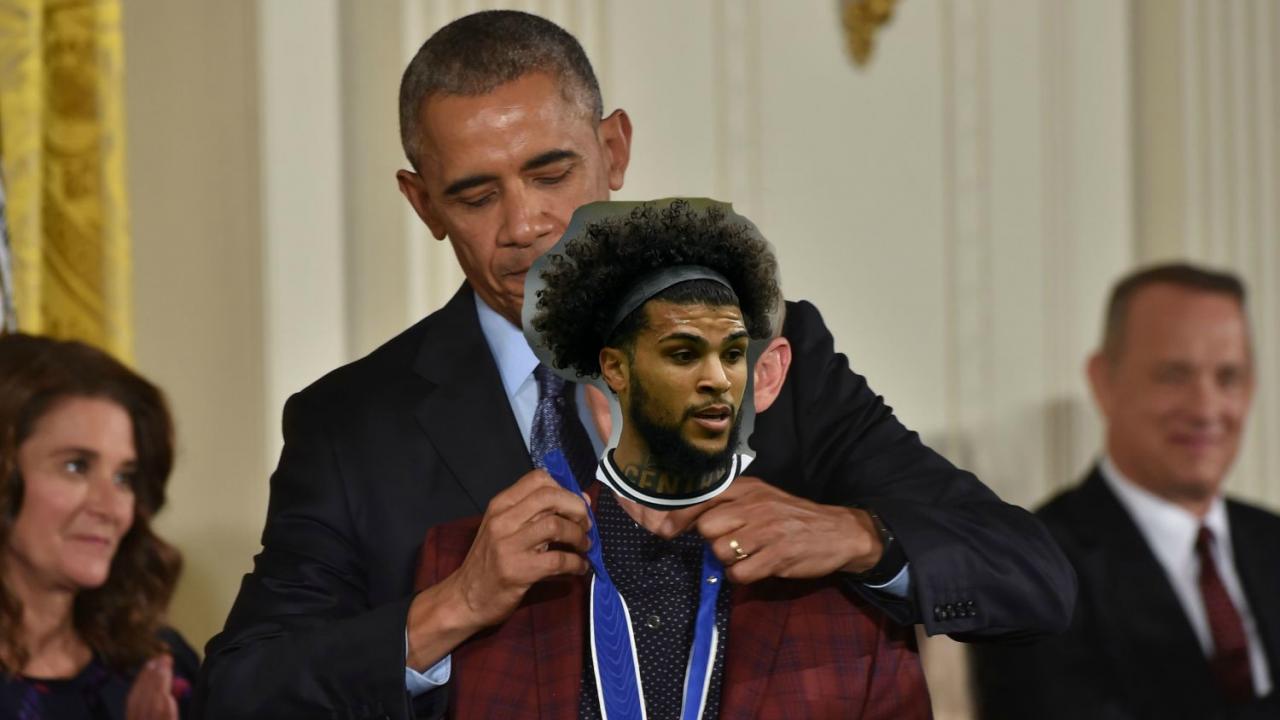 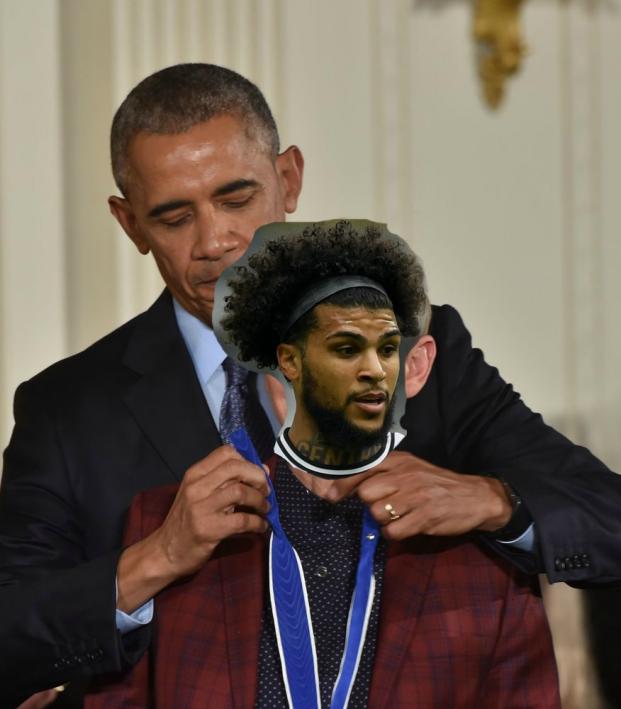 Potential Newcastle Owners Photoshopped Themselves With Obama To Add Clout

Reuters August 21, 2020
The group has been caught in a number of deliberate false claims.

Bellagraph Nova Group (BN Group) also said some of the information in those materials was released prematurely or contained errors after Reuters found inconsistencies when speaking to firms and persons BN Group says it is involved with.

Speaking on behalf of BN Group's principals, Nereides Antonio Giamundo de Bourbon, head of investor relations, acknowledged that the company had altered photos of Obama to make it look as though he had attended a meeting with its executives in Paris.

His admission came on Wednesday in response to questions from Reuters.

BN Group has now removed the photos from its website.

However, Bourbon denied that the company had deliberately made any false claims about certain aspects of its business.

The company, which says it had a turnover of $12 billion last year and describes itself in marketing materials as the "world's fastest growing conglomerate", has said on its website and in press releases that it is headquartered in Paris.

No company called Bellagraph Nova Group is registered in France, according to official online records checked by Reuters on Friday. Reuters could not find any company by that name at the address it has given - 10 Place Vendome - when a reporter visited on Tuesday.

A receptionist at an office rental business operated by Regus in the building said BN Group has used its space but its staff were not always present. Bourbon maintained to Reuters that BN Group had a permanent office in Place Vendome.

In addition, the group, which was incorporated in Singapore last month, has said financial technology firm - Hydra X - is one of the entities in its global empire and that it is implementing a trading system for the Singapore Exchange.

Hydra X has denied both those claims. The Singapore Exchange has also denied Hydra X is implementing a trading system.

While Shen and the Lohs had photos taken with Obama at a charity event they sponsored in Singapore on Dec. 14, BN Group's Bourbon said some of the photos published in press releases on its website and sent to media had been edited to make it look as though Obama was in a private meeting.

"We are serious people ... the only ambiguous thing has been the photoshop picture," he said. "There wasn't any malicious aim behind it."

Shen declined to be interviewed for this story. The Loh cousins did not respond to requests for comment.

The charity event where the photos of Obama were taken was sponsored by Novena Global Lifecare, a Singapore healthcare company founded in 2010 by the Loh cousins.

The photographer who took the pictures confirmed to Reuters that they were taken at the gala event in Singapore.

Obama's office and the Obama Foundation did not respond to requests for comment about the photos or the BN Group.

The company grabbed global headlines on Aug. 15 when it announced it had submitted a takeover bid for one of England's most high-profile soccer clubs, adding that it had enlisted the help of Newcastle legend and former England Captain Alan Shearer as well as another former player, Michael Chopra, in its bid.

The surprise announcement adds to years of speculation over the future of Newcastle United, which has been the subject of several fruitless takeover bids, including a $390 million Saudi-backed deal that collapsed last week.

If BN Group's bid is accepted, the English Premier League would then carry out its owners and directors test which involves looking into the backgrounds of the people involved to assess their suitability to own a soccer club.

Newcastle United declined to comment on the bid or BN Group. The club's owner, Mike Ashley, did not respond to requests for comment.

Shearer's management told Reuters he was not involved in the takeover bid. Chopra, who on Aug. 14 retweeted a picture of himself at the offices of BN Group, did not respond to a request for comment.

A firm called Bellagraph Nova Pte Ltd - which lists the Lohs and Shen as its three directors and shareholders - was incorporated in Singapore on July 20 and is registered to an office above a row of shops in the city-state.

BN Group has said on its website and in marketing materials that it is a French company with an office in Paris at 10 Place Vendome, an exclusive square home to the Ritz Paris hotel and luxury stores such as Chanel and Louis Vuitton.

Reuters found no record of any company registered in France called Bellagraph Nova Group on the online database of the Registries of the Commercial Courts, the French state agency that holds company information.

Singapore-based Hydra X is one of the entities BN Group has said in marketing materials sent to Reuters on Monday is part of its global conglomerate of 23,000 employees.

It said in those materials that Hydra X was "designing and implementing" a trading system for the Singapore Exchange.

When contacted for comment, Hydra X and the exchange denied this. Bourbon said there had been a mistake in translating the company's description in its marketing documents.

Hydra X said BN Group was not a shareholder. It said in an emailed statement to Reuters that it was privately owned, predominantly by individual investors, and that it shared no legal or beneficial owners with the BN Group, nor was part of, or a subsidiary, of the BN Group.

Hydra X said it had entered "into a joint venture with a related entity" of BN Group to build technology solutions unrelated to financial technology. It declined to name the entity.

Bourbon maintained to Reuters that Hydra X was owned by BN Group and was in the process of merging into the group. He said sharing further details would break non-disclosure agreements.

"Sometimes the marketing moves faster than the process," he said.

BN Group's official Instagram account also says one of its entities, a robotics company called NETX, is listed in Singapore and on New York's Nasdaq exchange.

Reuters found no record of a company called NETX on those exchanges. Bourbon said they had announced the listings "prematurely" but they were underway.

Without elaborating further, the Singapore exchange referred Reuters to a filing in which a company listed on its junior bourse, bought by the Loh's investment company DORR Group last month, has proposed to change its name to NETX later in August.

BN Group's modest Singapore office - on the top floor of a four-storey building above a pet shop and an Indian restaurant - is also the address of Novena Global Lifecare and other firms it owns such as a fine wine merchant and an investment manager.

When Reuters visited the office on Thursday, there was nobody at the reception desk. In the hallway stood a dormant, shoulder-height robot like the ones used in online marketing campaigns for NETX.

A woman, who came out of a glass-walled meeting room to speak to Reuters, said neither the Lohs nor Shen were present.

Bourbon said the Singapore-registered Bellagraph Nova company at that address was the parent firm. "We started from Singapore but we are moving all our realty to Europe."