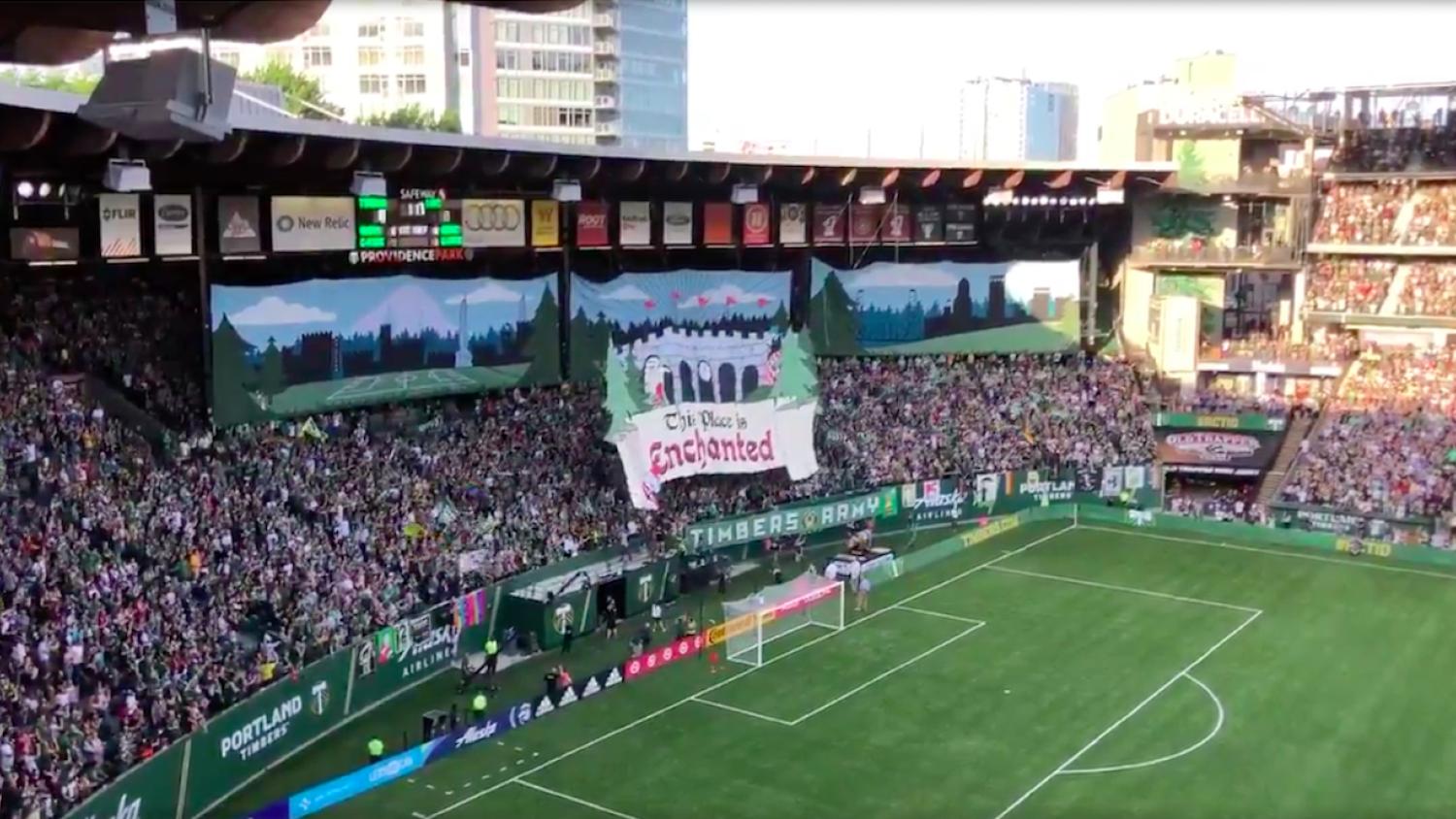 If you build it, they will come. That comes as no surprise given the approximate season ticket waitlist of 13,000, but the Portland Timbers finally put on their 2019 home opener — 13 matches into the MLS season — in front of a sellout crowd of 25,218 at Providence Park on Saturday night.

The stadium, located in southwest Portland, underwent an $85 million expansion that added roughly 4,000 seats to the eastern side of the stadium, accounting for the Timbers’ historic 12-game road trip to begin the season.

The Timbers didn’t do all that poorly when you consider traditional away form in MLS, posting a record of four wins, two draws and six defeats before returning to open the revamped digs against Los Angeles FC last night.

LAFC is the current frontrunner for the Supporters’ Shield and has lost only one match all season, so the gift that Portland goalkeeper Jeff Attinella gave to LAFC’s Carlos Vela to open the scoring in the sixth minute was pretty damning.

LAFC would go up 2-0 in the 34th through Diego Rossi, but Cristhian Paredes would pull one back for Portland in the 46th. However, Los Angeles would reestablish its two-goal lead in the 54th through Latif Blessing.

The match would end 3-2 after Brian Fernandez scored with a sensational effort in the 84th minute.

It’s not the start Portland wanted at Providence Park, but one of the crown jewels of American soccer stadia is again open for business and better than ever.

And how about this away support from LAFC…