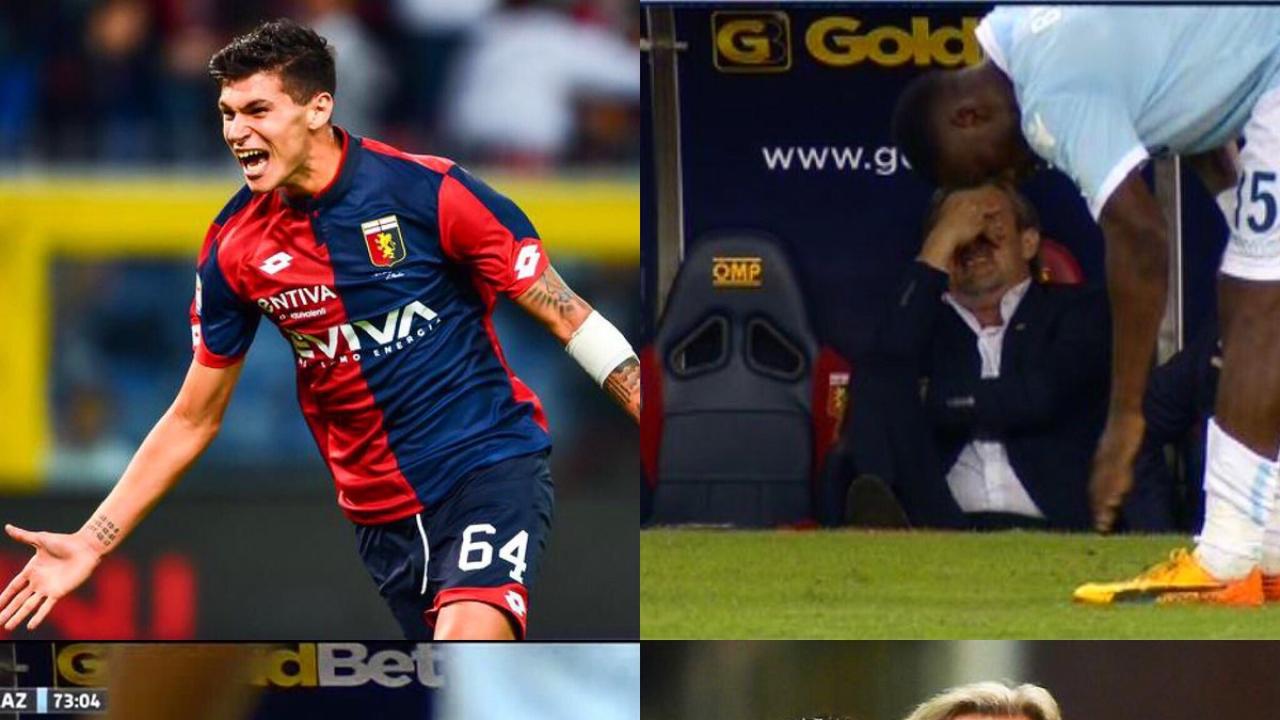 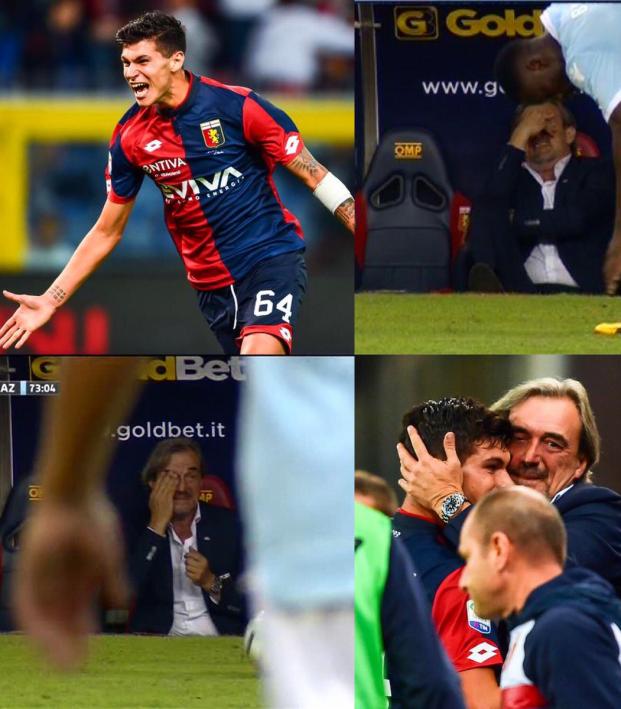 Sons Of Famous Fathers Making Their Names In Serie A

Huw Thomas September 18, 2017
In Italy this weekend, the bond between fathers and sons was fully on show.

For years, Serie A was regarded as something of an old man’s game. No doubt aided by MilanLab’s ability to keep players on the pitch far beyond their expected sell-by date, there was a collective notion that Italian football wasn’t the font of youth and energy that was found in France, Germany or Britain. Players made their debuts later and continued to play well into their thirties. The likes of Seedorf, Gattusso and Pirlo lasted longer in Serie A than they would in other leagues.

But the world changes. These days, there’s a new generation of Italian talent. Just this weekend, we saw this wave of fresh faces have an important impact. Increasingly, Serie A is seeing the value of young players, some of whom are far younger than you might expect.

Let’s take a look at the Lazio game from this weekend, for example. Travelling north to Genoa, not many people expected Lazio to produce one of the games of the weekend. The team from the capital is in a good place right now. They’re managed by Simone Inzaghi, one of those names sure to set the nostalgia bells ringing, even among foreign fans. During a summer when they sold one of their best young talents — Keita Balde to Monaco — many people were predicting Lazio to stumble this season.

But they’ve been great. In this past week, they put four past a headline-grabbing Milan side, won away in the Europa League and navigated a tricky tie in Genoa. In doing so, they scored 10 goals, though they also managed to concede five. Lazio is flying high and turning heads. So when they managed to win again, riding out 3-2 winners thanks to a Ciro Immobile brace, you’d expect the headlines to be all about Lazio.

Instead, it was a 16-year old kid who made people sit up and take notice. Genoa’s Pietro Pellegri has already written himself into the history books. He’s the youngest goal scorer ever to have played in Serie A. It’s not the first time Pellegri’s seized the headlines. Born in 2001, there were already headlines being written about the youngster when he came on in Francisco Totti’s last ever game for Roma. He threatened to ruin the party, scoring in the legend’s final game.

Pellegri caught the attention of clubs around the world. He’s already been the subject of inquiry from Juventus, Inter and even Manchester United and likened to Zlatan Ibrahimovic for his style of play. But this weekend, as he came on as a substitute in the 33rd minute, he showed the world what he has to offer. Twice the teenager dragged his boyhood club level. Just as in the Roma game, however, his side ended up losing 3-2.

But the real story was on the touchline. Marco Pellegri, Pietro’s father, is a team administrator at Genoa and has raised his son to be an ardent fan, hoping one day he might see his boy play on the hallowed turf of the Marassi. When Pietro entered the field, Marco was trying to hold back the tears. It’s the image that stayed in the mind long after Immobile’s winner. Even though Lazio’s wonderful week continued, it was Pietro Pellegri’s father-and-son bond that stole everyone’s attention.

But the Pellegri family is not alone in its familial footballing connection. If there’s one team that seem to be performing a soccer-based tribute to the relationship between father and son, it’s Fiorentina. The Florence side has completely rebuilt over the summer and, among the lesser known players and hastily assembled squad members, three youngsters stand out for their famous last names.

First off, there’s Giovanni Simone. Son of Diego Simone, Atletico manager and former Serie A player, Giovanni has been making a name for himself in Italy. Having signed from Fiorentina in the summer, he’s been brought in to replace Nikola Kalinic. His father was something of a combative midfielder and expert wind-up merchant, though the son prefers to play up front. They might look alike, but Giovanni, 22, is missing a bit of the stagecraft and gamesmanship that endeared Cholo to opposition fans around the world. On the cusp of becoming an accomplished striker in his own right, Giovanni has had a decent start to the season.

Next, we should drop down a level and look at the Fiorentina youth team. For years, keen football aficionados have known that Ianis Hagi has been creeping closer and closer toward the first team. Son of the infamous Gheorghe Hagi, the greatest Romanian footballer of all time, Ianis has drawn many comparisons to his father. Both excellent dribblers, equally skilled with either foot, the Hagi footballing dynasty is on the cusp of becoming a real thing.

Now a part of the first team at Fiorentina, having made two appearances in the league, Hagi, 18, could be the next player to break through to the starting lineup. Generating interest based on his name alone, get ready to read about Hagi everywhere in the coming years. 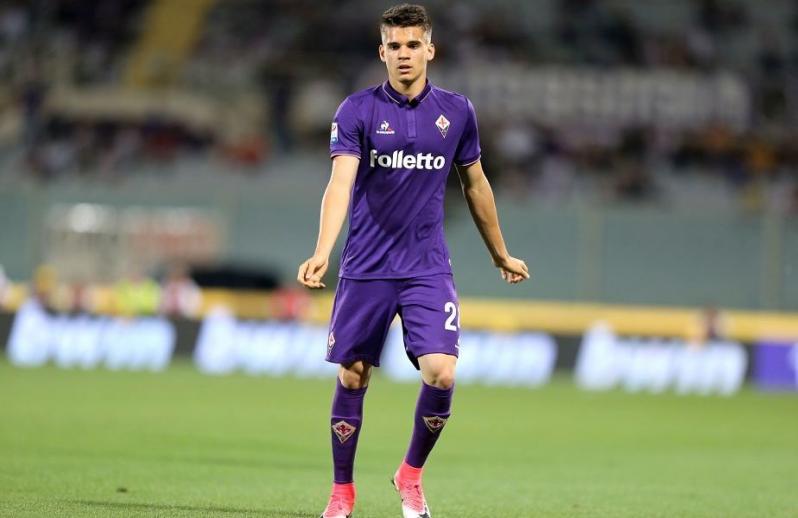 But if you want instant impact with name brand appeal, there’s one youngster who stands head and shoulders above everyone else in Serie A. Federico Chiesa. Another Fiorentina player, Federico is the son of former footballer Enrico Chiesa. In a storied footballing career, Enrico made 59 appearances for Fiorentina and scored 34 goals. A striker back in an age when Italy produced incredible strikers on a regular basis, Enrico was praised for his attitude and skills though found his career hampered by injuries.

From 1 generation to another with 1 thing in common: Football Talent pic.twitter.com/JFWAykn2Ov

That attitude and dedication has brushed off on Federico. A firm fan favorite despite making only 30 appearances for the Florence club, Federico is well on his way to becoming one of the league’s most interesting players. After Bernardeschi was sold to Juventus in the summer, Chiesa, 19, was a ready made replacement in terms of the Fiorentina fans’ adoration. A young winger who can play across the front line and even in central midfield, Chiesa has already been linked with the likes of Liverpool and other big European clubs. But, right now, he’s progressing perfectly in Florence and scored in this weekend’s derby victory over Bologna.

Between Pellegri, Chiesa and Simone (with Hagi waiting in the wings), the father-son bond in Italian football is stronger than ever. With the young, exciting prospects emerging in Italy and seizing the attention of the world’s media, this latest generation could help lift Serie A back up to the same level it achieved back when the boys’ fathers were playing. As evidenced by this weekend, the next generation of talent might have the same names, but they’re helping the world see Serie A in a whole new light.