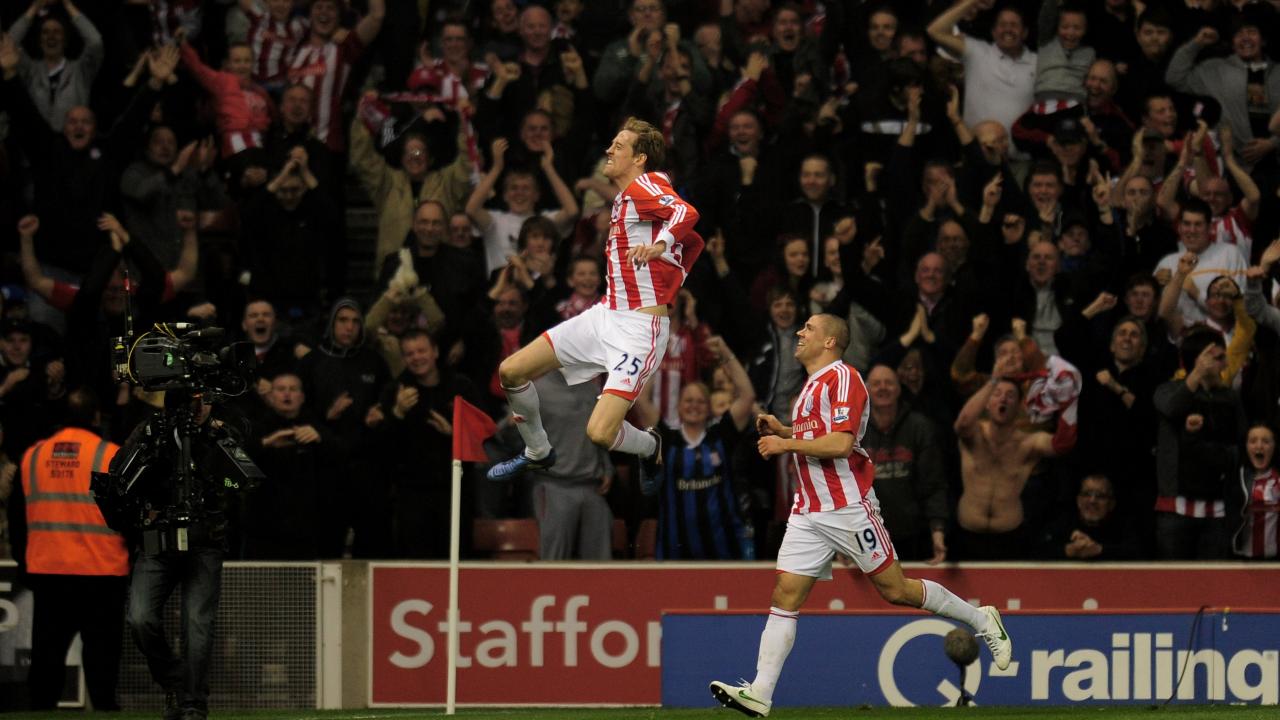 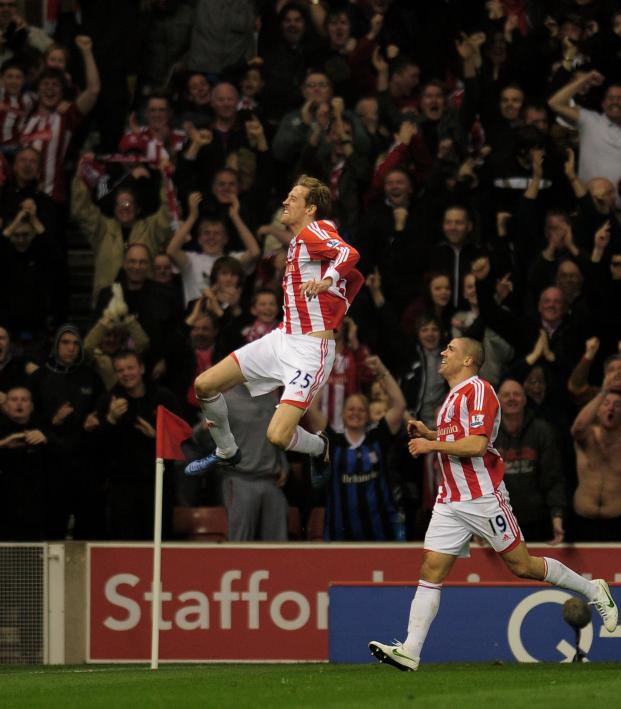 Nick Rumpf March 24, 2020
Crouch scored what he described as his "best ever" goal in a 1-1 draw against Roberto Mancini's City side.

Often times, when people hear the name Peter Crouch the first thing they think of is the striker's height. With a 6'7" frame, Crouch towered over defenders and made winning aerial duels look easy. But to think only of his skill as a target man is to do a disservice to a very talented player.

In a career spanning 20 years, Crouch established himself as a cult hero at several clubs and earned a reputation as a reliable goalscorer. Crouch retired in 2019 within the top 25 for goals scored in the Premier League (108) and is currently 17th on England's all-time scoring list with 22 in 42 caps.

It's true that Crouch was close to unbeatable in the air, but he also embodied the cliche of having "good feet for a big man." His ungainly limbs masked the ability to bring down balls with a deceptively smooth first touch.

"Everyone talks about his height as though that's all there is to him. But he's a very good player. Look at his touch, look at his passing, look at his control," former England manager Graham Taylor said. Ex-teammate Jamie Redknapp also stood up for Crouch, saying, "He is better than just making a nuisance of himself. That's unfair, because he is a genuinely good footballer."

Crouch scored some remarkable goals in his long career and delighted fans with his famous robot celebration. Bicycle kicks against Galatasaray and Bolton are perhaps the goals that stick out to many people, but one of his finest efforts saw him awarded the BBC's Goal of the Month after a 1-1 draw against Manchester City on March 24, 2012.

After a long ball forward from Asmir Begovic in the Stoke net, Crouch set himself up with a first touch to bring down a headed pass before launching a long, looping effort past Joe Hart from an absurd angle outside the box.

On this day in 2012, Peter Crouch scored one of the greatest Premier League goals of all time against Man City.

The control, the hit, the execution. All immaculate.pic.twitter.com/pw7cDi48QZ

Crouch's self-deprecating sense of humor endeared him to soccer fans around the globe. He provided one of the sport's best-ever one liners when he was asked what he would be if he weren't a footballer and famously answered "a virgin." His personality and his knack for scoring impressive goals made him a fan favorite wherever he went, and despite his retirement, fans are still able to enjoy watching "Crouchy" as a pundit for BT Sport and the BBC.