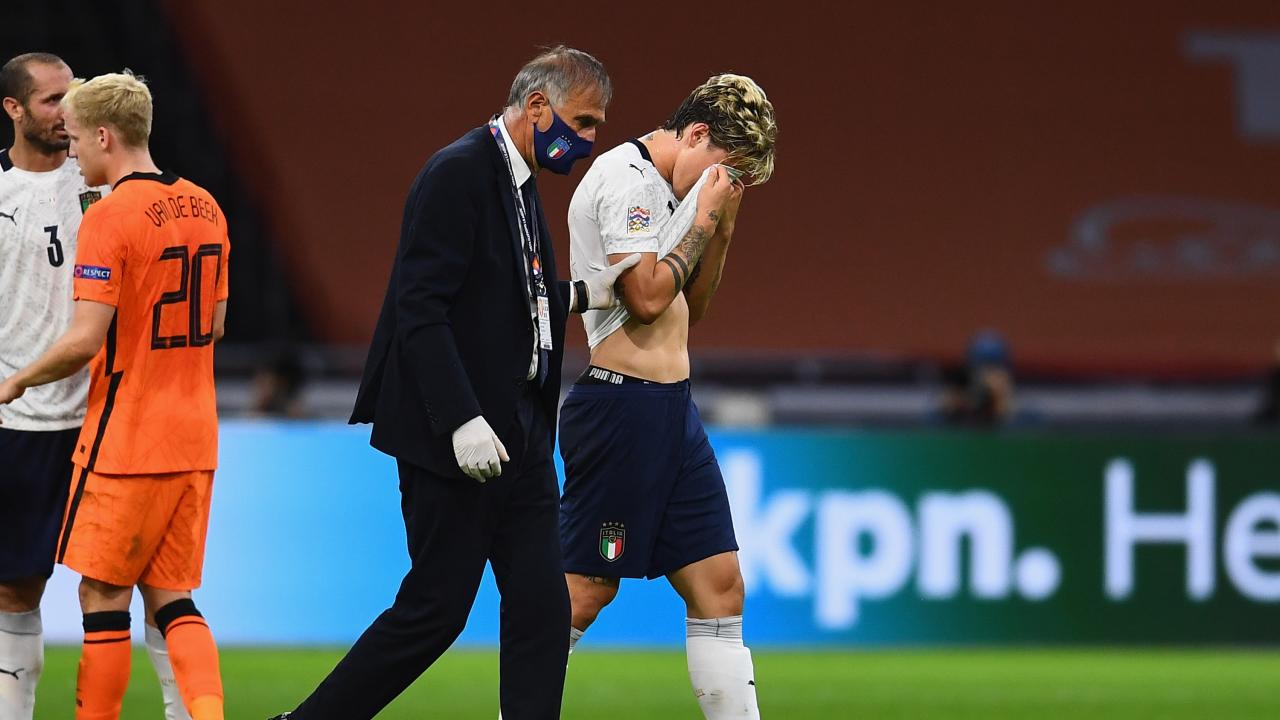 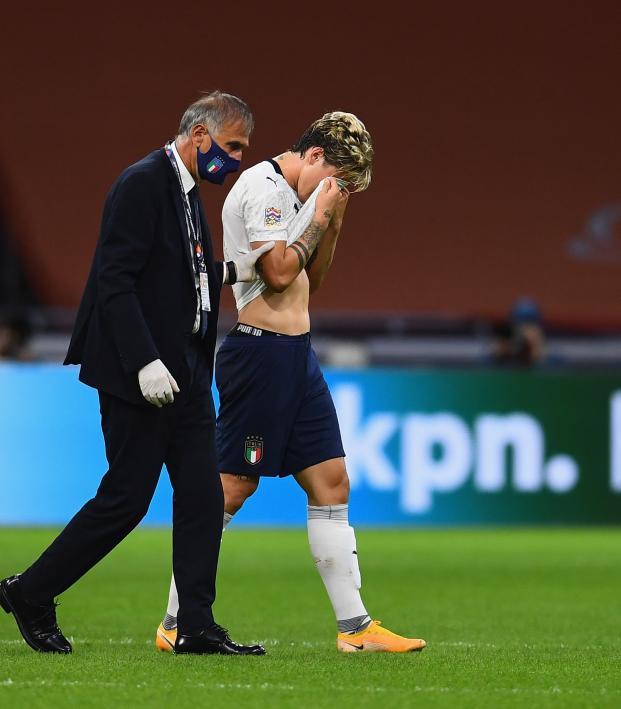 Reuters September 8, 2020
The Roma midfielder made an incredible recovery from the first injury, but this is now a nightmare for the 21-year-old.

Italy midfielder Nicolò Zaniolo will undergo surgery to repair a torn anterior cruciate ligament in his left knee just weeks after recovering from a similar injury in his right knee, his club AS Roma said on Tuesday.

The 21-year-old limped out of Monday's Nations League match against the Netherlands in obvious pain after what looked like an innocuous tackle.

"Nicolò Zaniolo will undergo surgery on Wednesday after MRI scans today confirmed the player has suffered a complete tear to the anterior cruciate ligament of his left knee," Roma said in a statement.

Stay strong, we'll be waiting for you. #ASRoma pic.twitter.com/siiW1yo3VZ

Zaniolo was previously out of action for the first six months of this year after the first injury, which he suffered during a 2-1 defeat to Juventus in January. He returned to action against Napoli on July 5 and scored arguably one of the best goals of the Serie A season in a 6-1 win at SPAL with a run from the halfway line which left several defenders in his wake.

He was making his seventh appearance for Italy on Monday.

Zaniolo was with Fiorentina as a youth before joining Serie B side Virtus Entella in 2016, where he spent one season and made his professional debut. He was signed by Inter Milan for the 2017-18 season but played only for their youth team and then joined AS Roma where his talent began to flourish.