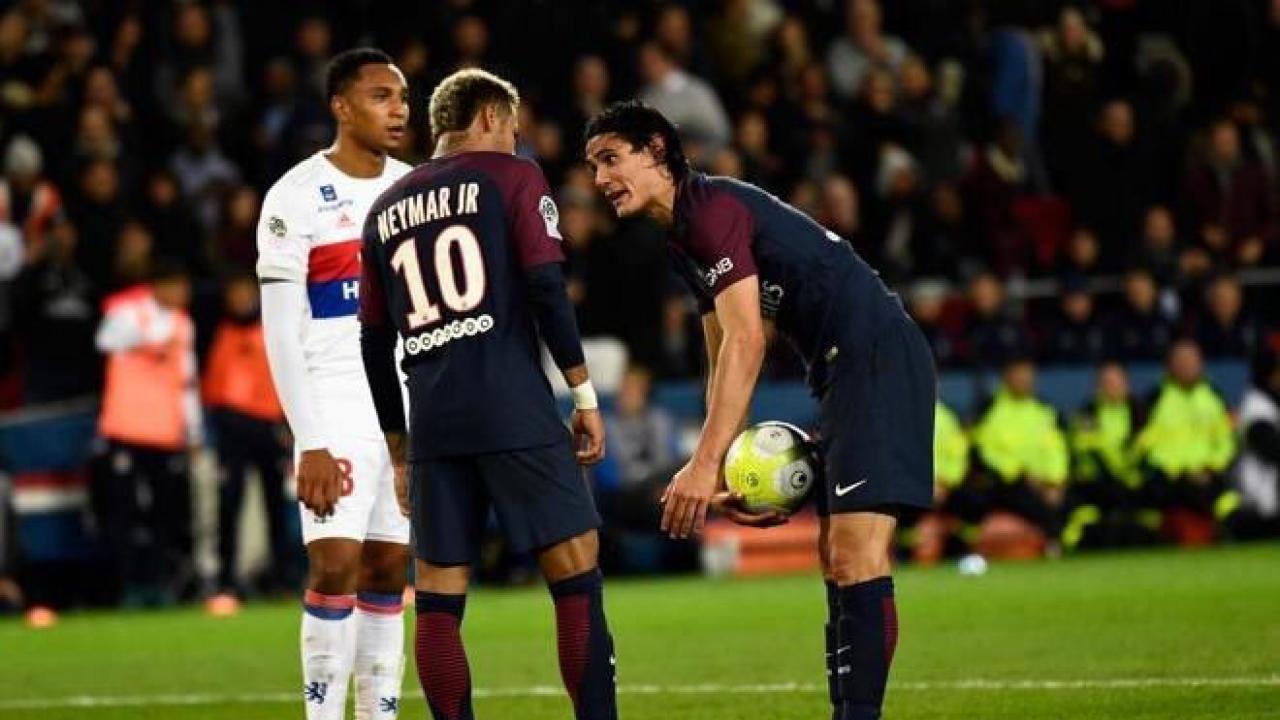 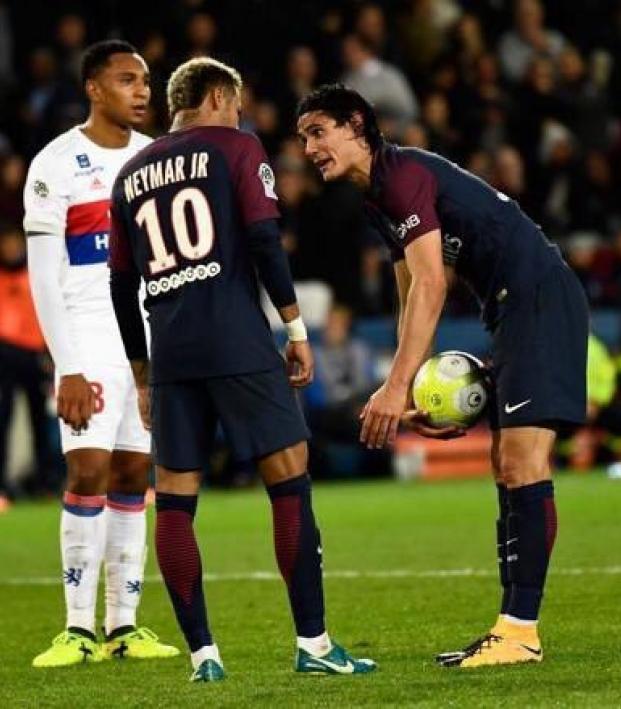 Connor Fleming September 18, 2017
PSG’s 2-0 victory over Lyon was spoiled by some ego-driven antics between Neymar and Edinson Cavani.

Let’s be honest, we’ve probably just witnessed the most calamitous weekend Paris Saint-Germain will suffer all season in France’s Ligue 1. No PSG player was able to get on the scoresheet in their match against Lyon on Sunday, but the Parisian club still managed to win 2-0 by forcing two own goals to maintain their perfect start to the season.

And that’s probably as low as it’ll get for PSG in domestic competition with their record now reading played six, won six, scored 21 and conceded three. But there are bigger things at stake than claiming L’Hexagoal, namely the egos of some of the side’s featured cast.

There's never a dull moment when Neymar's on the pitch - from hilarious PSG set piece handbags to silky skills and rocket shots pic.twitter.com/13wLIaORPU

As a neutral, it’s great fun to watch the likes of Cavani, Neymar, Kylian Mbappe, Angel Di Maria, Javier Pastore, Julian Draxler and Dani Alves all try to get forward and score or assist on sensational goals, but the embarrassment of attacking riches afforded to PSG does come at a cost.

While it remains to be seen how the club will set themselves up against a side like Bayern Munich in just over a weeks time, Sunday made it abundantly clear that they still haven’t quite figured out the pecking order.

Neymar: Has been dispossessed more times (23) than any other player in Europe's top 5 leagues this season pic.twitter.com/b3FA53i2YA

This came to a head twice on Sunday, with both incidents involving arguments between Cavani and Neymar over who should have set piece responsibility. On the first free kick, Neymar’s buddy Dani Alves expertly shielded the ball from Cavani, allowing his international compatriot the strike. “I took the ball because I want to take the free kick but then Neymar took it away,” excused Alves, although absolutely no one believes that explanation.

See what Dani Alves did today, fighting to take the ball from Cavani to Neymar, very soon Cavani may loose his position in the PSG team pic.twitter.com/L28oPhWmcd

Then, with PSG leading 1-0, Mbappe earned a penalty which Cavani was the first to claim. Neymar appeared to want the spot kick himself, which would’ve been a good thing because Cavani had his effort saved.

Neymar should stop embarrassing himself. pic.twitter.com/2SaJgrIsCb

“I have told them to sort it out between themselves,” said PSG coach Unai Emery after the match. “I think that they are capable of doing that and that they will both be our kickers. If they cannot reach an agreement, I will decide for them. I do not want this to become a problem for us.”

And so the level-headed manager called on both his stars to stop acting like petulant children and do the right things. However, it’s since been reported that Neymar has unfollowed Cavani on Instagram, the modern day equivalent of saying you’d like to banish someone to Siberia.

The Cavani & Neymar show returns on September 23 for a trip to Montpellier before PSG hosts Bayern in the Champions League group stage.