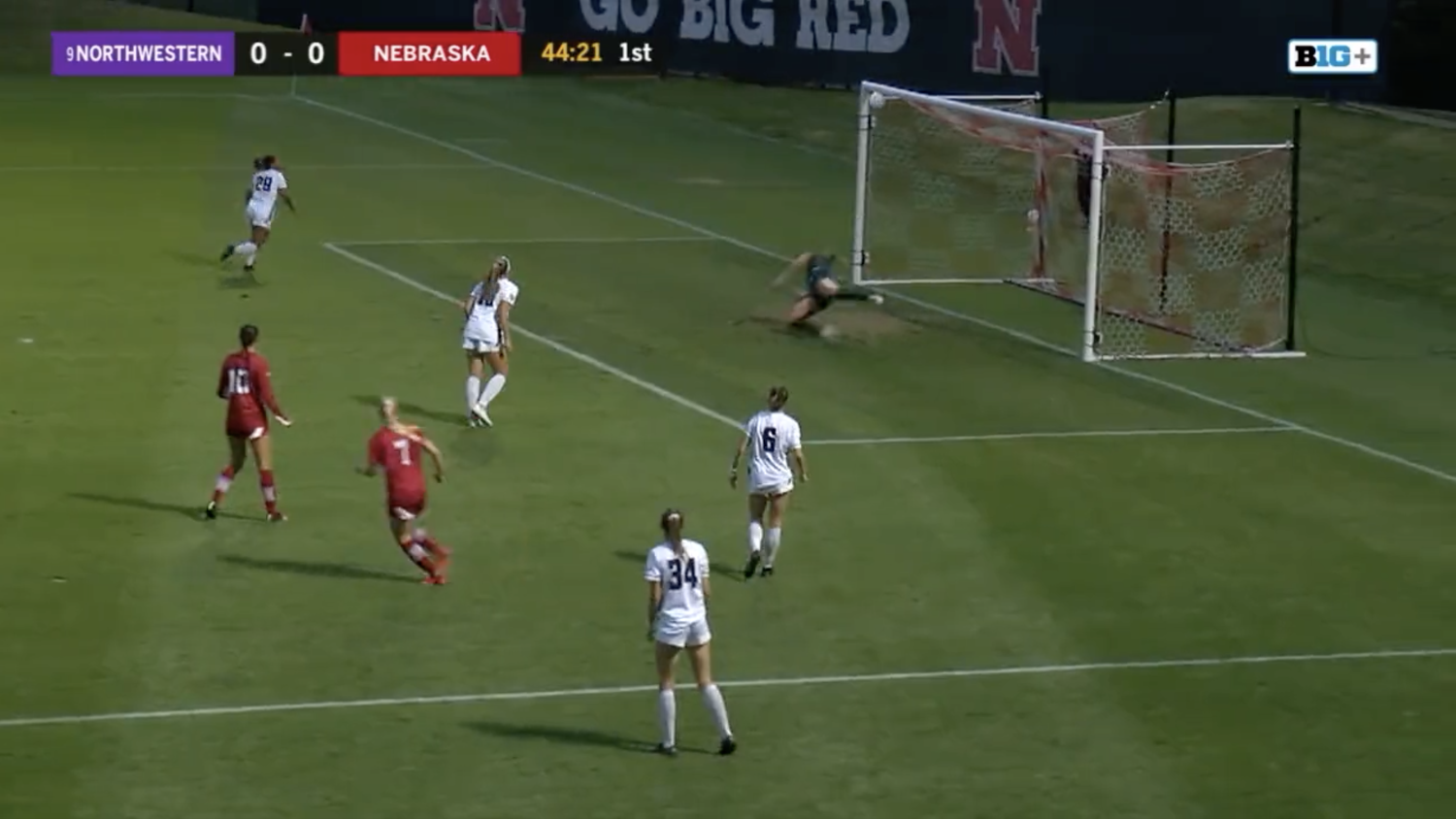 The Nebraska women’s soccer team welcomed the #9 Northwestern Wildcats to Barbara Hibner Field Thursday night and opened the scoring in sensational style. Midfielder Reagan Raabe took just 40 seconds to give the Huskers the lead with an audacious, opportunistic chip.

It was Raabe who brought the chance to life by putting a dangerous cross into the box toward forward Florence Belzile. Northwestern defender Emma Phillips cleared the ball, sending it high and wide toward the side of the penalty area. Raabe pressed as a miscommunication between two Wildcats players gave the Omaha native an opportunity to pounce.

Couldn’t have been placed any better! https://t.co/Ghv2U2zQBb

Flying in, Raabe instinctively chipped the ball over the helpless keeper toward the back post. The shot came breathtakingly close to both the crossbar and post as it looped and dropped perfectly into the top corner, giving the Huskers a 1-0 lead before a minute had passed.

3 goals in the 1st half for the 2nd time this week pic.twitter.com/eiCDX2Cwg4

Northwestern went on to prove why they are ranked ninth in the nation, scoring three goals in the first half to turn the game on its head. Undeterred, the Huskers managed to pull one back with just a second remaining in the first half.

BUZZER. BEATER.@schwarz_abigail finds the back of the net to cut the deficit in half. pic.twitter.com/E00cErs4L9

Another goal for Boade
Another assist for Regazzoni

They're pretty good at this pic.twitter.com/znqgkhVKT7

In the second half, a fourth and final goal for the Wildcats secured the 4-2 road win as Northwestern now moves to 8-1-1 overall and remains perfect in conference play. Their road trip continues this Sunday as they travel to Minneapolis to face Minnesota who is 4-1 at home.

The Huskers also travel this weekend for just their second away game of the season. Nebraska will hope to improve its 3-4-3 record when they face Michigan in Ann Arbor on Sunday, Sept. 25.