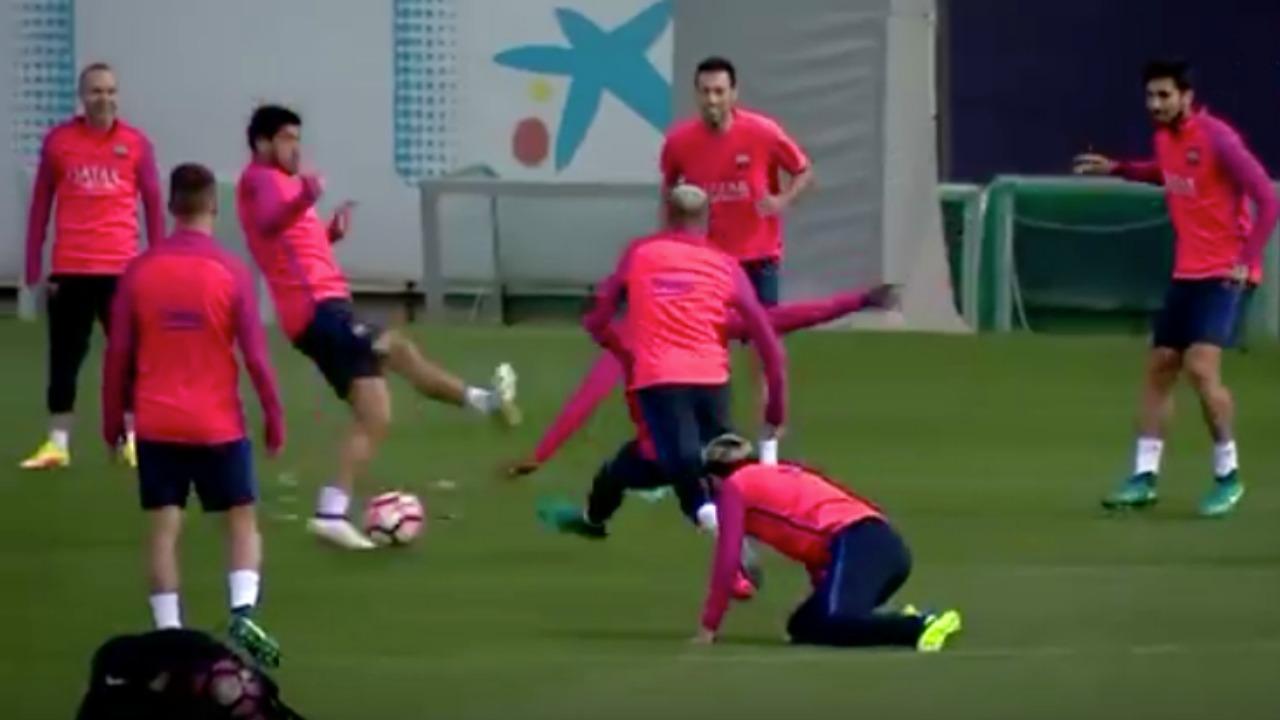 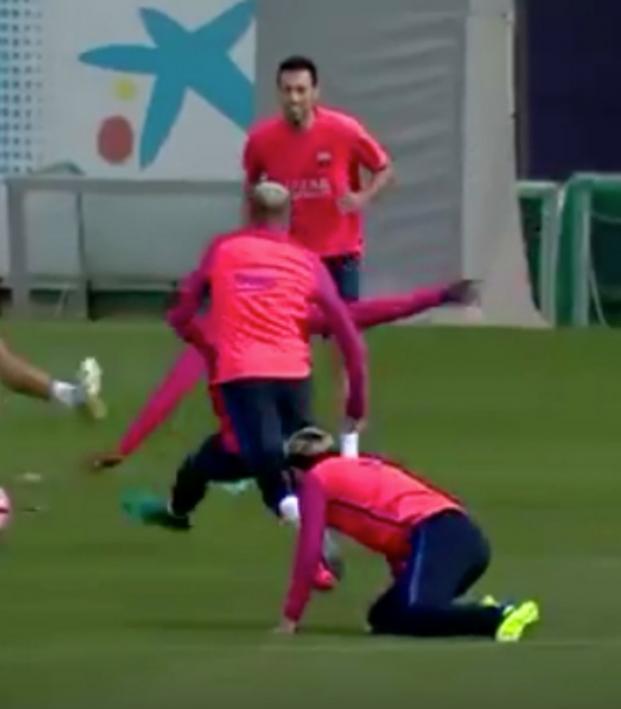 Connor Fleming October 14, 2016
Lionel Messi, Luis Suarez and Neymar found themselves in the middle of Barca’s famed rondo exercise and got a little taste of their own medicine.

Sir Alex Ferguson famously quipped before the 2009 Champions League Final that Barcelona "get you on that carousel and they make you dizzy with their passing.” The rhythm and tempo of their passing makes opponents feel as though they’re chasing ghosts around the pitch.

A staple in developing this devastating short passing style is the use of the ball retention drill known as “El Rondo” — Barcelona employ it at the earliest levels of La Masia up to their senior squad.

The players form a circle with two or three defenders in the middle. The players on the outside attempt to pass the ball and retain possession while the defenders give chase. It’s a simple enough exercise, but to watch Barcelona perform it is akin to watching poetry in motion.

Such is the esteem with which this drill is held in Barcelona that it’s said Sergio Busquets began training with the first team after impressing senior players with his one-touch passing in the exercise.

It’s clear that Barcelona players enjoy the training activity as well. Barca completed their final training session before their match against Deportivo over the weekend, and it featured a brilliant rondo where the tables were turned against Lionel Messi, Neymar and Luis Suarez.

The attacking trio were turned defenders against their Barca teammates during Friday’s drill, and the resulting scenes show that their teammates clearly enjoyed having it the other way for once.

MSN couldn’t intercept the ball in the allotted time, and they paid the price by having to run through a gauntlet of slaps, shoves and ridicule.

Playing football for a living doesn’t look so bad.