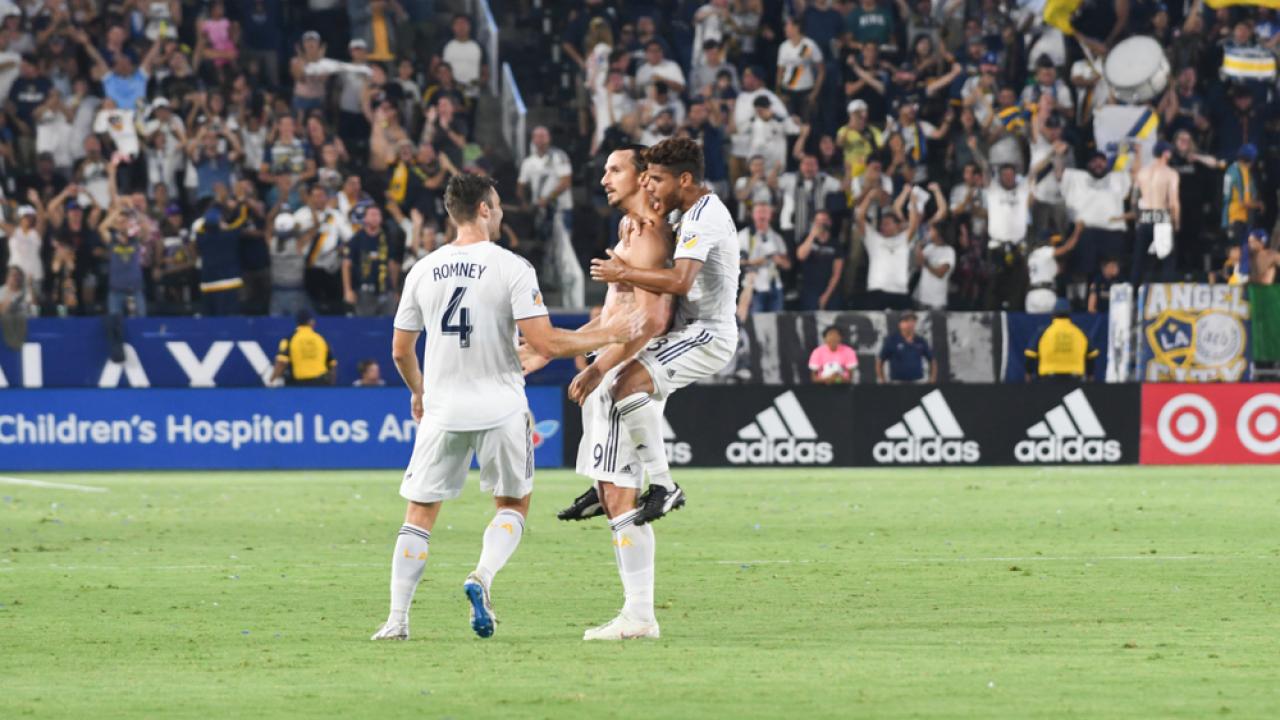 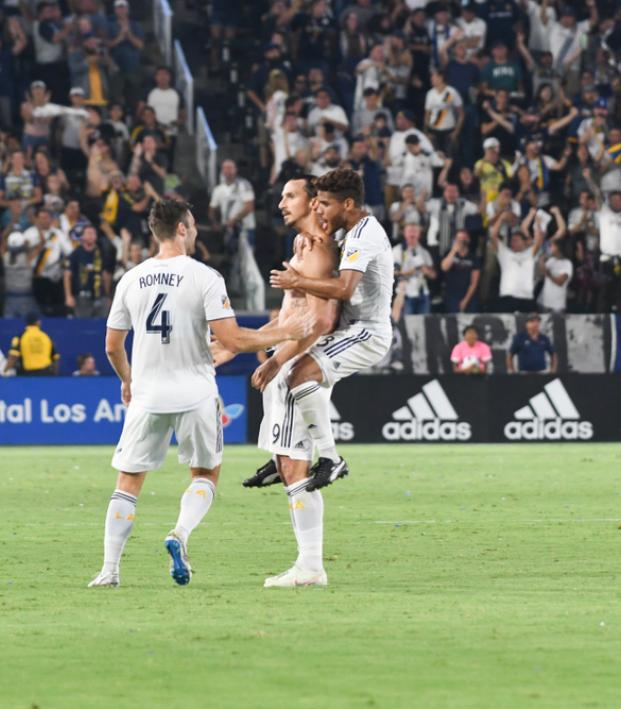 Analyzing The Final Sprint To The MLS Cup Playoffs

Pablo Toledo October 4, 2018
No room for mistakes if you want to make it to the postseason.

MLS is reaching its most interesting stage; no margin for error if you want to be in the MLS Cup playoffs and compete for the title.

Now, life in the Western and Eastern Conferences differs largely. Out of the four teams that have already secured a spot in the postseason, three of them come from the East (Atlanta United, NY Red Bulls, and NYCFC). The West, on the contrary, has FC Dallas as its only qualified representative. 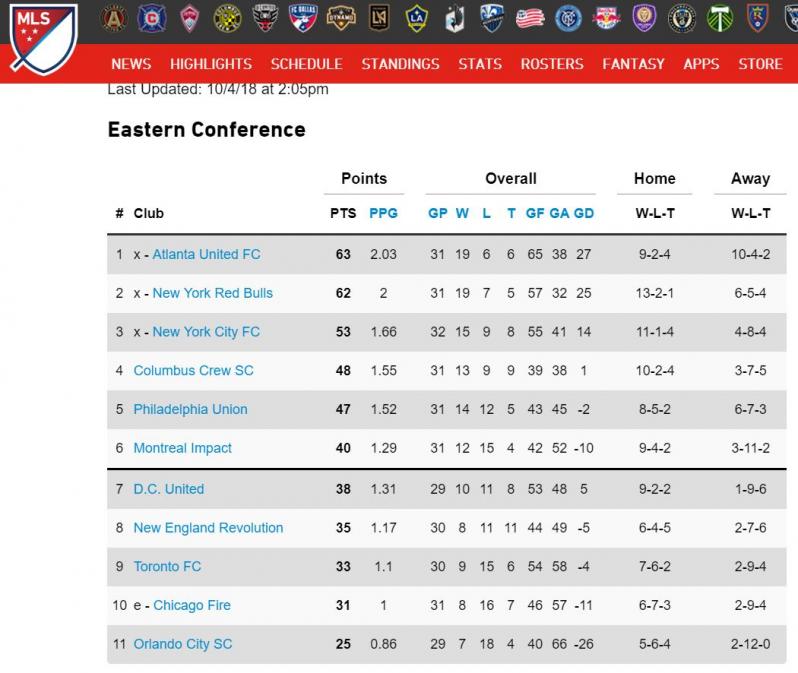 The number of teams that have already qualified to the next phase is not the only difference that can be easily perceived: On a base of 30 to 32 games played, Atlanta and the Red Bulls have managed to collect over 60 points, while on the Pacific side of the country nobody, not even the leading team (Dallas), has made it past 54 points.

All of this makes us wonder if Atlanta United and the New York Red Bulls are such serious contenders for the title, since the rest of the Eastern Conference seems to be weaker, or if it’s actually that the West Conference is more competitive, depriving the strongest teams (in theory at least) to collect points as easily, as FC Dallas coach Oscar Pareja seems to believe according to his latest declarations. 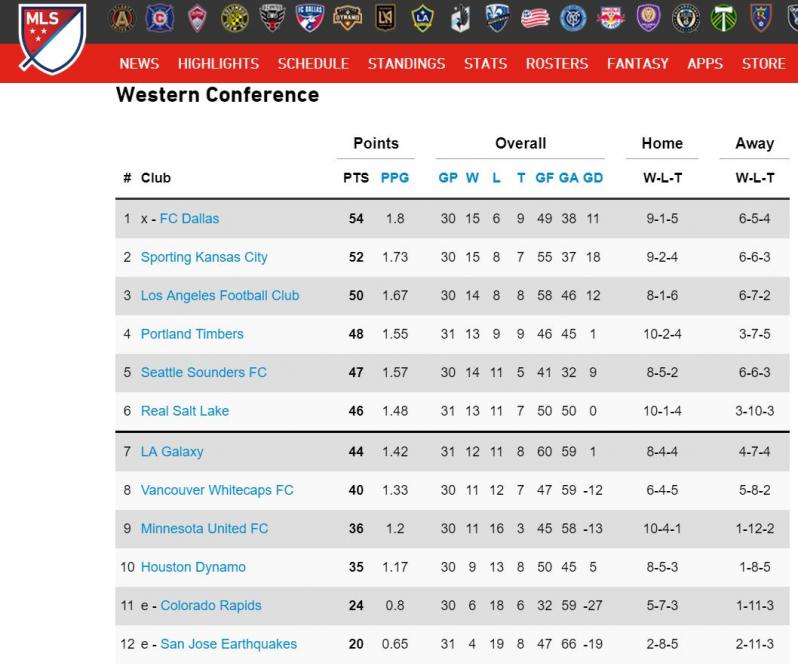 What’s for sure is that the Colorado Rapids and the San Jose Earthquakes have managed to be the worst two teams, collecting only 24 and 20 points, respectively, on a 30 and 31 game basis. To put it in perspective, these are less points than what the trailing East team has produced in less matches (Orlando City with 25 points in 29 games).

Three matches remaining and three spots to fight for on the Atlantic side, while on the Pacific we still have five seats to be filled on the playoff bus.

LA Galaxy pulled out two straight wins under coach Dominic Kinnear and the team is now seventh in the standings, being a serious contender for a spot at the postseason, only two points below Real Salt Lake with equal games played, and that’s nothing but good news for everyone as chances of seeing a lot more of Zlatan Ibrahimovic have highly increased.

If Zlatan is around, fun is ensured. He personally highlighted the team’s performance by stating that “playing like this, we are a threat for every team in the competition,” and adding afterwards, “nobody wants to play against us in the playoffs because we are dangerous when we play like this.”

One way or another, it is time to buy some snacks and put some beer in the fridge, because MLS is reaching its primal stage of the year.