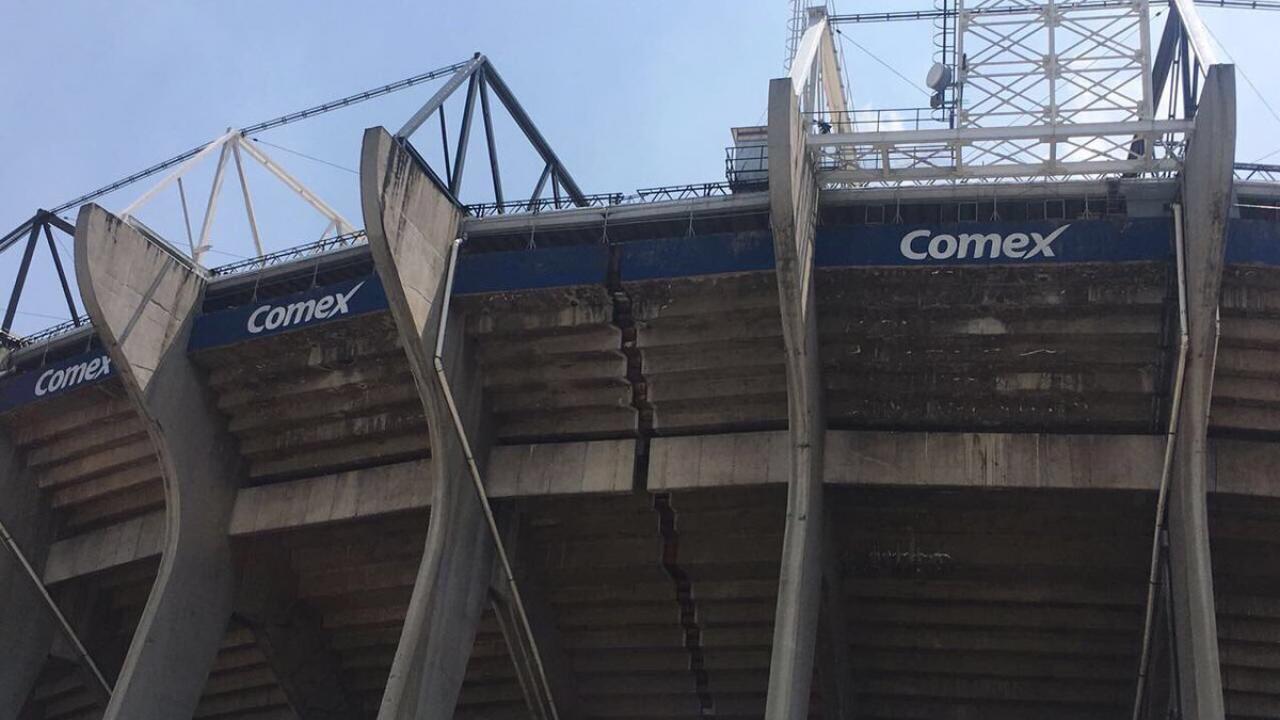 Tabaré Azcona September 19, 2017
At least 30 buildings have collapsed in Mexico City and the Estadio Azteca has reportedly been damaged.

A 7.1-magnitude earthquake shook Mexico City Tuesday. Reports of several collapsed buildings around the city have been confirmed by the authorities, and the Copa MX Round of 16 match between Club América and Cruz Azul scheduled for Tuesday night at the Estadio Azteca was postponed.

Here are some images featuring the Estadio Azteca after the quake.

Exactly 32 years ago (September 19th, 1985), a massive earthquake shook Mexico City, a tragedy that resulted in the loss of more than 5,000 lives. After an earthquake of such magnitude, all infrastructure was revised to better handle an event like Tuesday's.

It is not yet known what the extent of the damages at the Estadio Azteca and elsewhere in the city are. It remains uncertain whether the Superclasico between Club América and Chivas scheduled to be played this weekend at the Azteca will take place or be postponed as well.