Ivan Anich April 1, 2016
With a classic Messi understatement, Messi said “it would be a nice moment” if he makes history against Barcelona’s arch rivals.

Lionel Messi has a chance to score the 500th goal of his career when he lines up against Real Madrid this Saturday in what is likely the final Clasico of the year.

It would be a stunning accomplishment made all the more so because it would come against his club’s arch rival, and against the only other player in Messi’s league, Cristiano Ronaldo.

But, when Messi was asked about the possibility of scoring his 500th goal this Saturday, he was predictably understated.

“It would be a nice moment to reach that figure against Real Madrid.”

Nice, and definitely more likely than not.

Barcelona are currently on a 39 game unbeaten run that stretches back to October 3rd. The club has scored 122 goals and conceded only 23 during that run, with Messi scoring 33 himself. 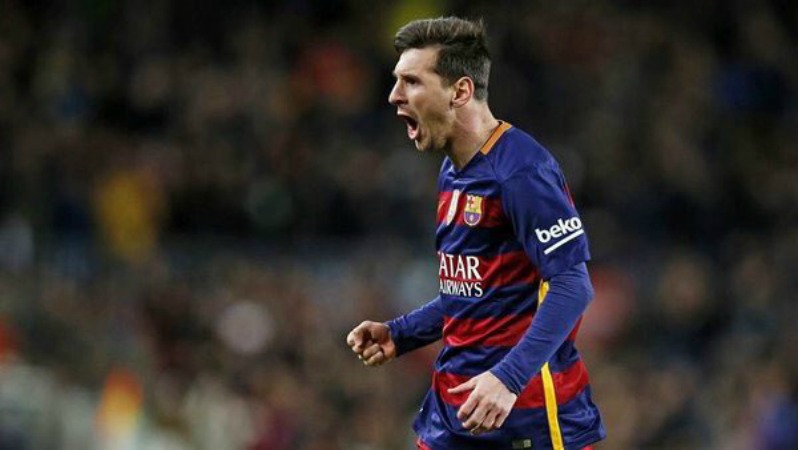 Real Madrid have struggled to hit the heights their payroll would say they can all year. They have lost time and time again against their stiffest competition, including a 4-0 loss to Barcelona in the last El Clasico.

Real Madrid’s struggles led to the club firing manager Rafa Benitez and hiring Zinedine Zidane in his place. Zidane still has to prove himself, and this Saturday’s Clasico will be the perfect stage on which to do so.

That being said, the league is all but out of Real Madrid’s hands. They trail Barcelona by 10 points, and losing to them on Saturday would add yet another nail to their domestic coffin.

Of course, when Messi was asked about the prospect of playing undertaker to Madrid, he was again understated.

“It would be nice to win to stretch our advantage.”

Whether or not his understated answers indicate a boredom with press conferences, a laser focus, or god knows what else, we can’t be sure. But we can know that one the ball gets rolling at 2:30 EST on Saturday, we are all going to be in for one heck of a show.