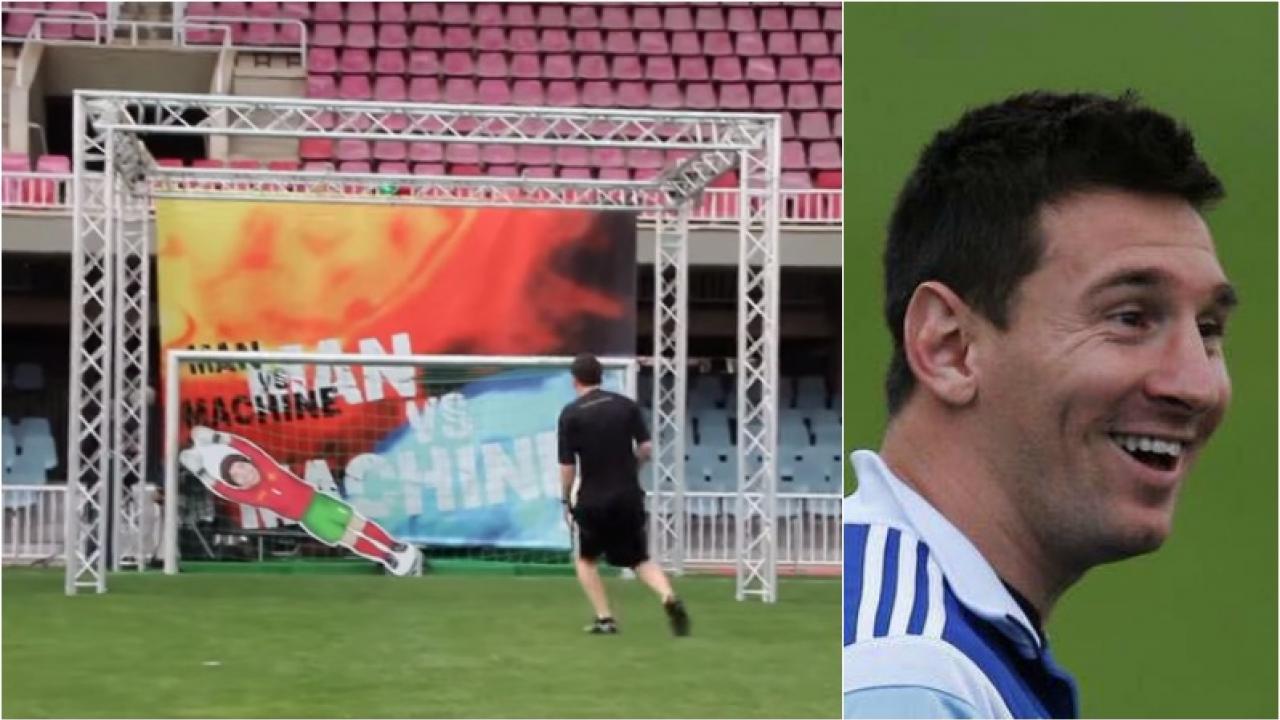 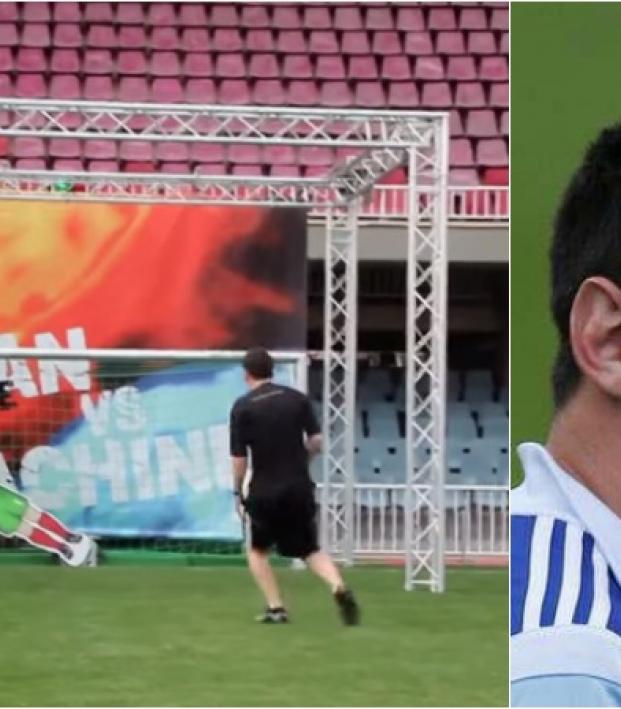 Messi Gets Beat By A Machine

Ivan Anich June 19, 2015
The the future classic of man vs. machine has shown itself in the world of soccer, and its first victim is Lionel Messi.

It’s very, very rare that Messi is surprised by something on the pitch.

So you can imagine how I reacted to seeing him bring his hands up to his face in disbelief after having his shot saved. The fact that someone stopped his shot in the first place would have been surprising enough, but when I realized that that “someone” was actually a “something,” I was just as overcome as he was.

Whatever it is, it is just about as close to a wall in front of goal as has ever been constructed without, you know, actually building a wall. Messi cannot get a shot past it, no matter how hard he tries.

Your guess is as good as mine as to how the machine actually works. In some way, it tracks the ball, predicts its trajectory, and dictates at what angle the metronome-like “keeper” should position itself.

Where are my engineer friends when I need them?