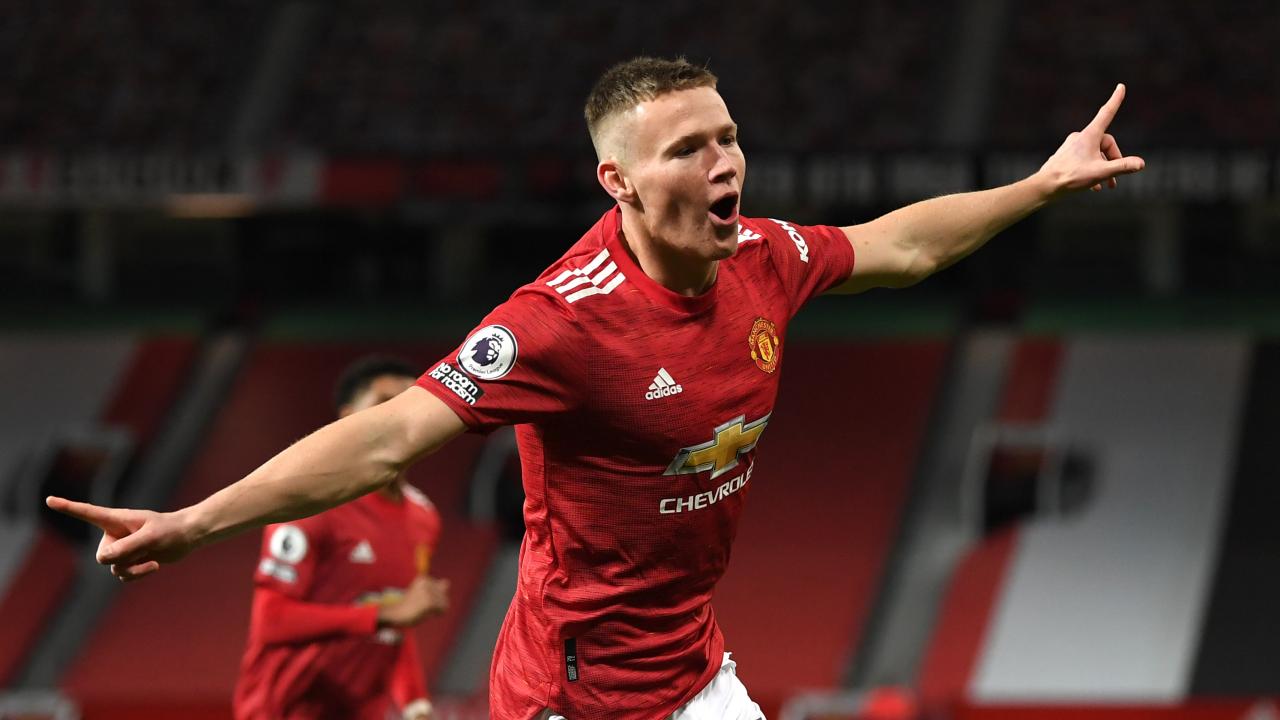 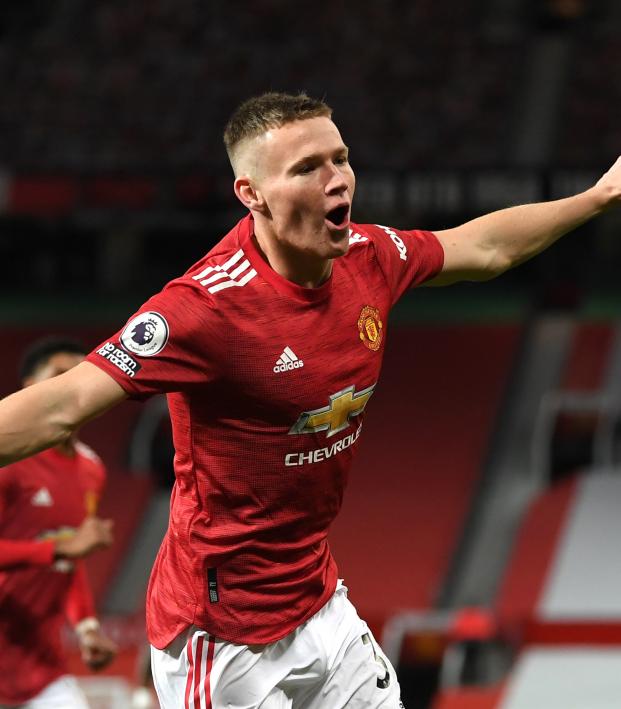 Reuters December 20, 2020
Scott McTominay had two goals and an assist in the 6-2 Red Devils win.

Scott McTominay and Bruno Fernandes scored two each as Manchester United turned on the style, thumping Leeds United 6-2 at Old Trafford on Sunday to move up to third in the Premier League.

United are now on 26 points, above Everton on goal difference and trail leaders Liverpool by five points, having played a game less. It was the best display this season from United who responded to Leeds' well known pressing game and relentless running by playing through the press with crisp, swift passing and matching Marcelo Bielsa's side for work-rate.

McTominay fired United ahead after 67 seconds in emphatic fashion with a thundering low drive from outside the box after he had set up by Bruno Fernandes. The midfielder then became the first player to score twice in the opening three minutes of a Premier League match when he collected a clever pass from Anthony Martial and beat Illan Meslier with a left-foot finish.

Fernandes made it 3-0 in the 20th minute, drilling home after the ball fell to him at the back post, after a swift United counter-attack.

Victor Lindelof added the fourth in the 37th minute, converting at the back post after Martial had flicked on a Luke Shaw corner.

But Leeds gave themselves a small foothold in the game when defender Liam Cooper headed in a Raphinha corner, four minutes before the break.

That goal gave Marcelo Bielsa's team some encouragement for the second half and United keeper David de Gea had to be at his sharpest to keep out a Raphina header. But United put the game beyond Bielsa's side when the impressive McTominay found Dan James with crisp pass and the Welsh forward beat Meslier at his near post.

Fernandes added United's sixth — and his second — from the penalty spot in the 70th minute after Martial had been brought down in the box by Pascal Struijk.

Still Leeds continued to push forward in numbers and they were rewarded when Stuart Dallas beat De Gea with a wonderful curling shot from over 20 meters out.

With an animated Bielsa still urging his team forward despite being 6-2 down, Leeds left space for United to exploit and it was only a series of fine saves from Meslier that stopped an even heavier loss. United had not scored more than five goals in a Premier League game since their 8-2 win over Arsenal in August 2011.