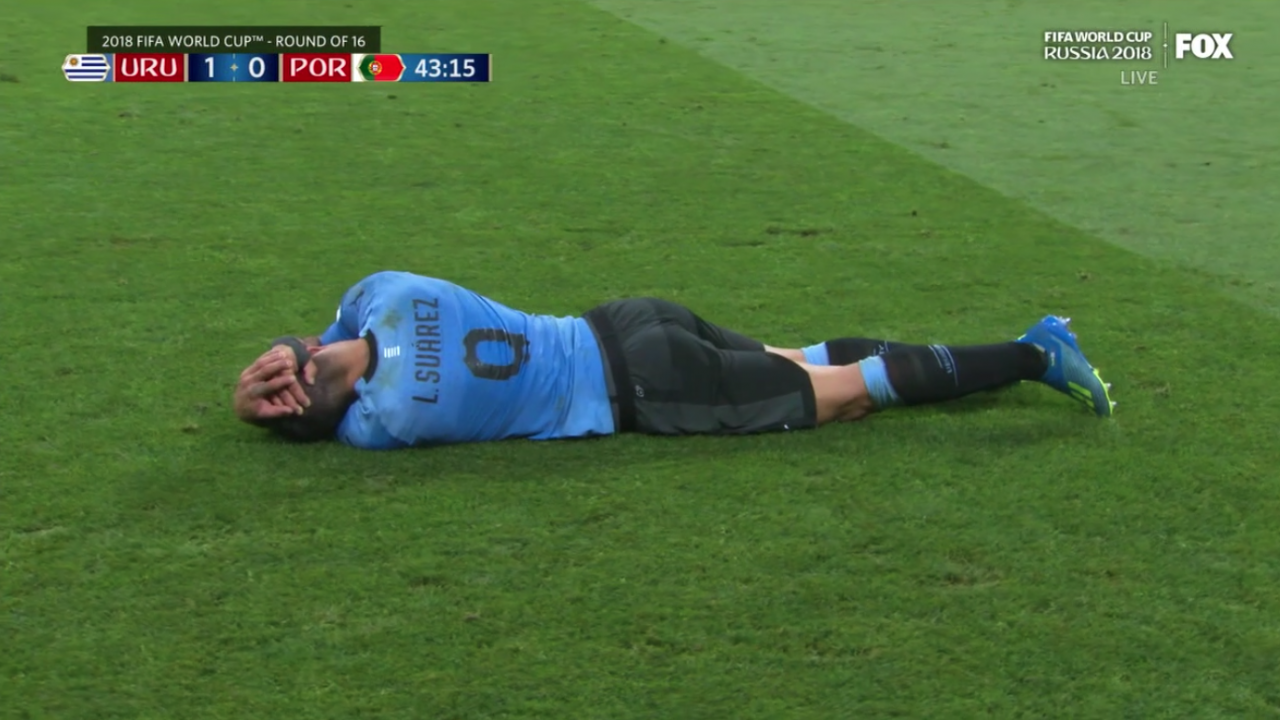 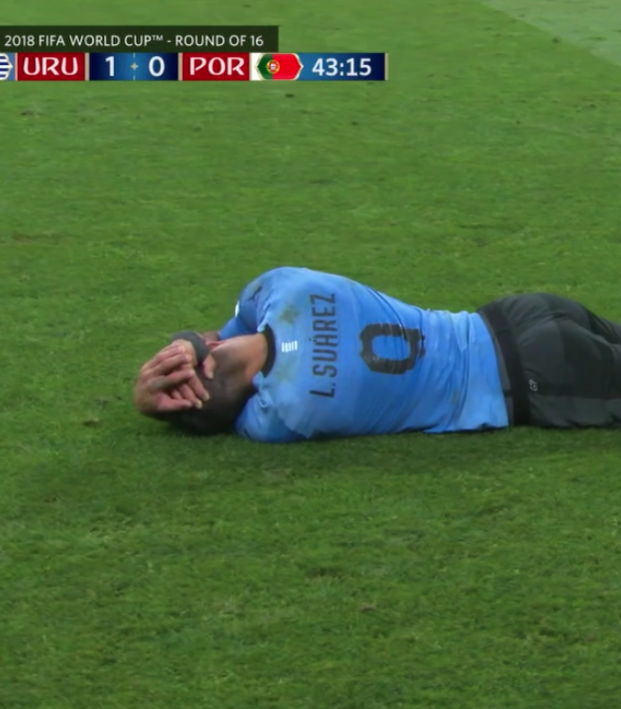 Suarez Up To Old Antics With Embarrassing Faked Head Injury

It wouldn’t be a World Cup without Luis Suarez making headlines for negative actions. In 2010 it was his hand ball to save a goal against Ghana. In 2014 it was biting Giorgio Chiellini. In 2018 against Portugal, he was caught faking a head injury, with the referee not buying it at all.

Luis Suarez combined with Edinson Cavani for the game’s first goal, which was vital in a match between two teams with defenses that can be difficult to break down.

It then didn’t take long for Suarez to try to draw a red card with an embarrassing feigned injury near the end of the first half. He was hit, but nowhere near his head.

Luis Suarez was presumably trying to draw a red card on Raphaël Guerreiro, who ran into the Uruguayan from behind going for a header. It might have been a foul, but the referee played on despite Suarez writhing on the ground. 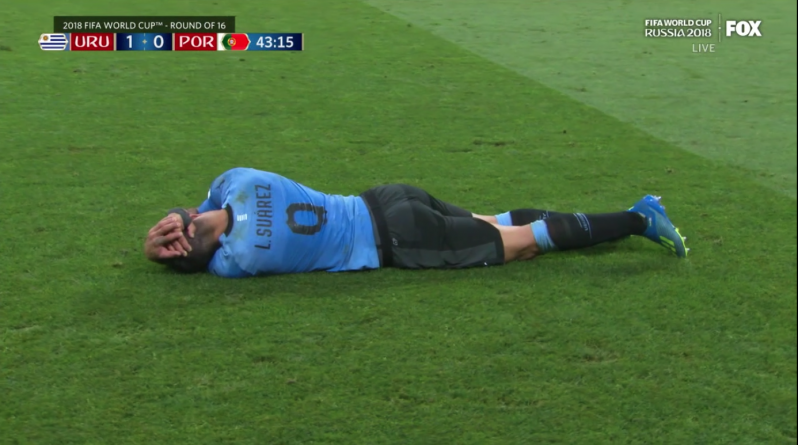 Referees are supposed to stop the match for head injuries but he was right on to keep playing because he could tell Suarez didn’t get hit in the head. He might have wanted to give Suarez a yellow card for simulation, but he was perhaps a bit lenient knowing it could have been a foul on Guerreiro because there was contact.

Notice how even Edinson Cavani went down as if he had been hit too. Those strikers have some sort of connection.

Suarez gets hit so hard it takes out Cavani too #URU #WorldCup18 #bbcworldcup pic.twitter.com/vE4rXaPUcg

But it’s just par for the course for Luis Suarez.

In the 2010 World Cup he was sent off for saving a goal with a hand ball on the line in the quarterfinals against Ghana. Ghana missed the ensuing penalty kick and Uruguay won on penalties to reach the semifinals.

In the 2014 World Cup, who can forget when he took a bite out of Italian defender Giorgio Chiellini. Uruguay won that match too as Suarez escaped punishment because this was the time before VAR. Suarez was retroactively given a lengthy ban, but he didn’t care too much as he soon moved from Liverpool to Barcelona.

Despite coming off a mediocre season, Luis Suarez is still the man for Uruguay. As he goes, so go La Celeste. Let’s just hope he quits acting and starts playing more football.