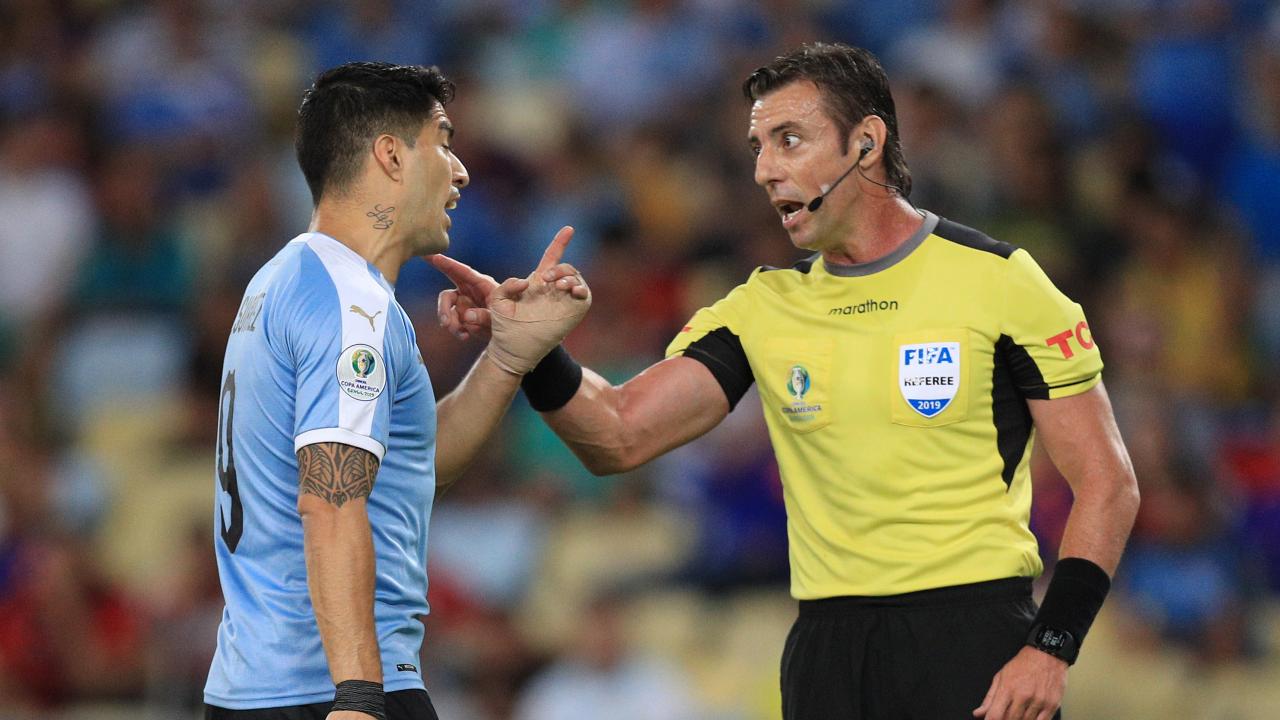 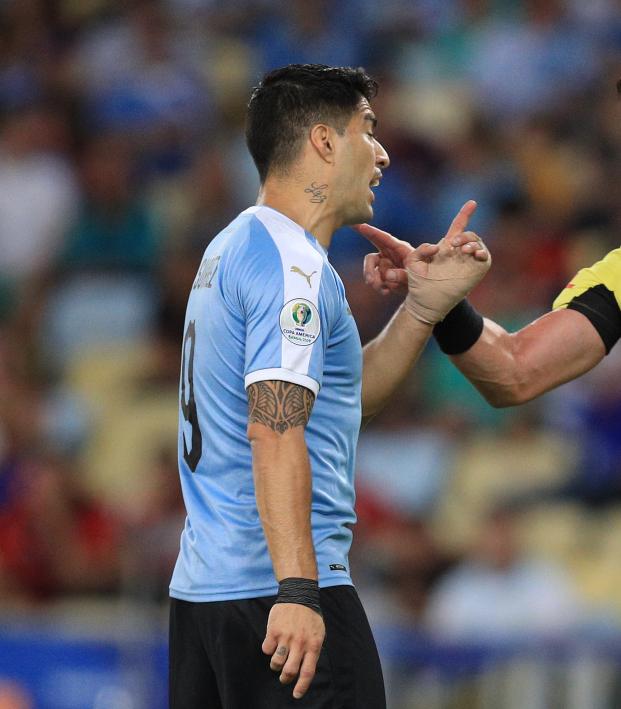 Connor Fleming June 24, 2019
Is it a handball if the keeper saves it with his hand? Why not?

It’s been five years to the day since Luis Suárez bit Giorgio Chiellini at the 2014 World Cup, resulting in a four-month ban from football, so it's only right that we return to the mad lad’s antics during tonight’s Copa América match against Chile at the legendary Maracanã.

With top spot in Group C on the line during the final day of group play, you know that Suárez was taking it all too seriously and descending into that haze of competitive demonry that makes him both unplayable and insufferable.

The 32-year-old didn’t cross the line with his actions, but it was all still very much peak Suárez.

The beauty begins in the 23rd minute, when Gabriel Arias saves Suárez’s shot with his hand just outside the six-yard box. Suárez appealed for handball, which is awesome and we don't know why other attackers don't try this.

The next great Suárez moment happened in the 74th minute, when a man with a chicken mask invaded the pitch but was later subdued by a Chile player. Suárez wanted the ref to book the Chilean for his aggressive behavior.

But Suárez left the pitch a very happy man after Edinson Cavani scored in the 82nd minute with an absurd snap header. How is it possible to generate this much power and accuracy with your neck?

Cavani with the header!

Uruguay now faces Peru in the quarterfinals. The other match-ups are Brazil-Paraguay, Venezuela-Argentina and Colombia-Chile.