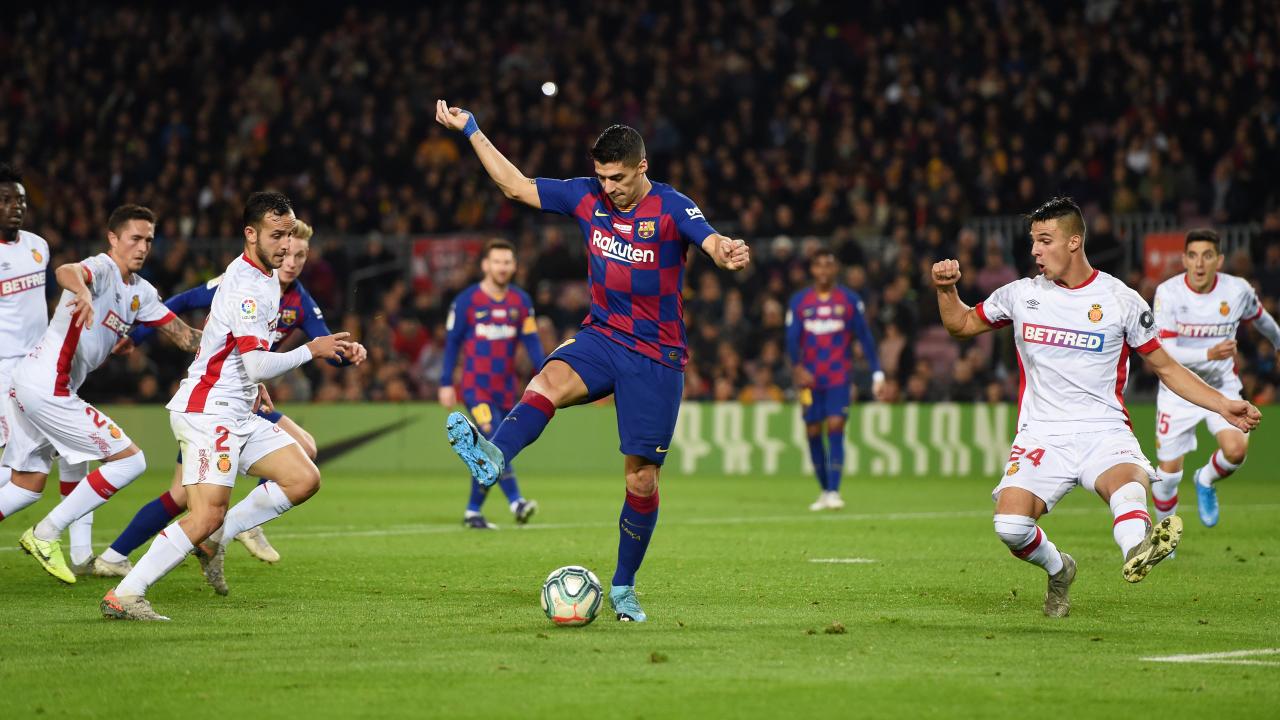 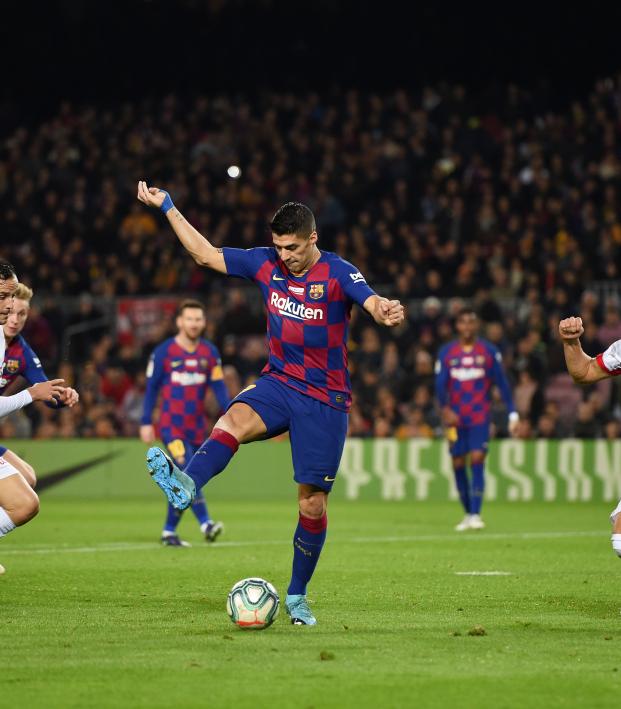 Connor Fleming December 8, 2019
An impossible piece of invention from the Uruguayan.

Despite Antoine Griezmann scoring his first league goal in seven weeks with a sumptuous chip and Lionel Messi recording a record-breaking 35th hat-trick in LaLiga, all anyone wants to talk about nearly 24 hours after Barcelona’s captivating 5-2 victory over Mallorca is the Luis Suárez effort that the Uruguayan striker is labelling the best of his career.

It’s being hyped as a potential 2020 FIFA Puskás Award winner, as well as the sort of goal you only see once-in-a-century, combining outlandish amounts of technique, creativity and audacity. Everything about the effort, which put Barça up 4-1 in the 43rd minute of a rampant first half at the Camp Nou, screams artistry.

The 22-year-old Dutch master takes possession 30 yards out, switches the point of attack by exchanging passes with Sergio Busquets, knifes into the area after playing another one-two with Sergi Roberto and then lays it off into the path of Suárez’s run.

This is where the magic happens.

“It’s the best goal of my career,” Suárez says. “I knew that it was a tight angle and the last option I had was to hit it with my heel. I was looking to bounce it because I had very little chance against the goalkeeper.”

“The situation took me by surprise,” said Barcelona manager Ernesto Valverde. “I thought it was a pass to a teammate. It surprised me, but it was an extraordinary goal.”

The highlights you've been waiting for...

Messi scored a hat-trick and @LuisSuarez9 a ridiculous backheel (0:57) in a memorable @FCBarcelona win! #BarçaRCDMallorca pic.twitter.com/CH7mH5lVuj

Barcelona returns to action on Tuesday with a trip to the San Siro to play Inter Milan in Champions League play. Barça has already guaranteed top spot in Group F, but Inter almost certainly needs a win to secure the runners-up position ahead of Borussia Dortmund.