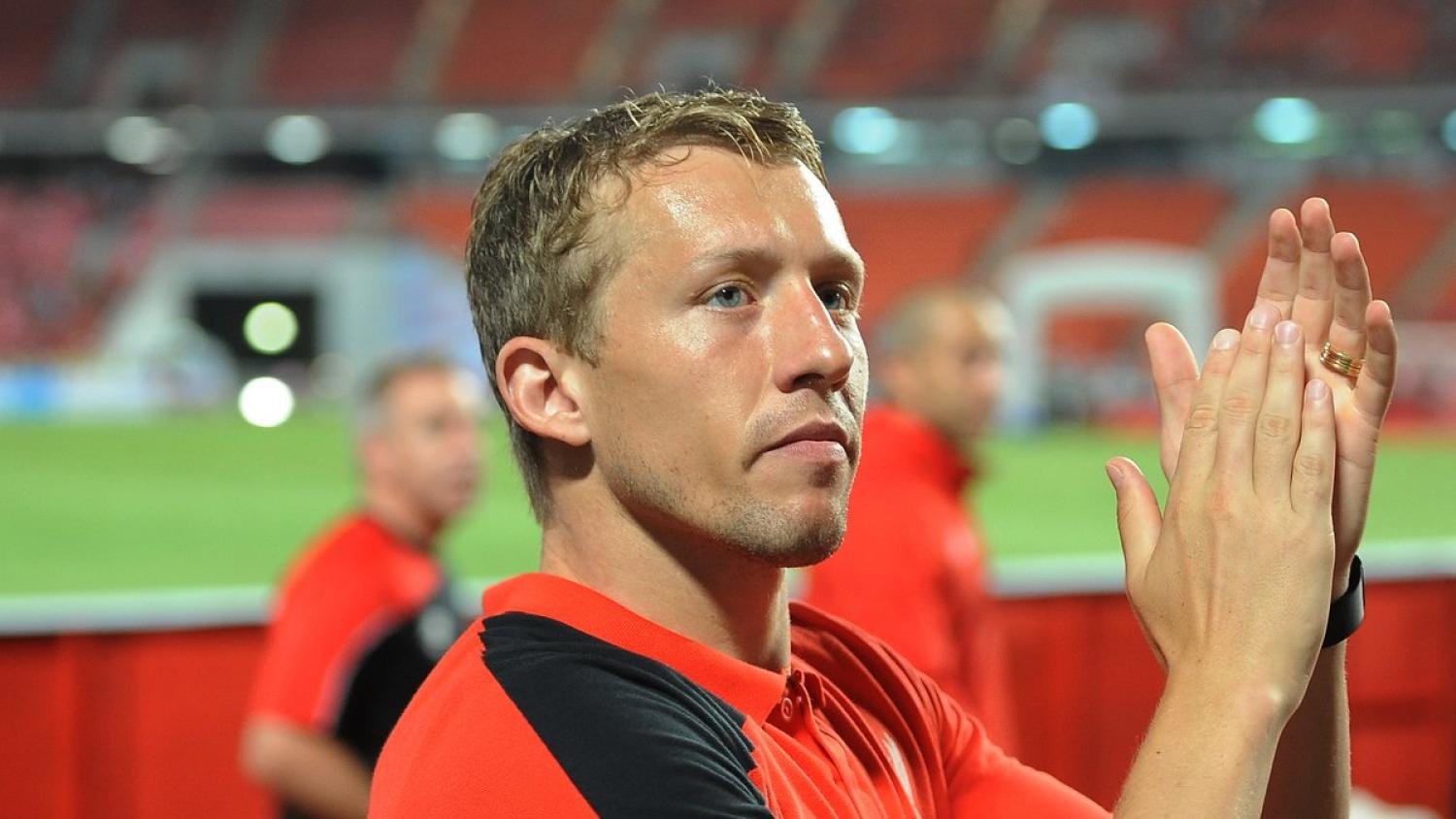 At least, that's what happened to me.
@SkySportsNews | Twitter

Lucas Leiva is gone from Liverpool, the club he called home for 10 years. The Brazilian defensive midfielder's move to Lazio was made official Tuesday, but it had been a done deal for quite a while — judging by the amount of farewell Lucas content Liverpool seemed to have at the ready, that is.

Included was an open letter to Liverpool fans, and this very heartfelt interview:

"Liverpool, as a club and as a city, is a unique place."

GOSH IT'S A LITTLE DUSTY IN HERE DON'T YOU THINK? ALLERGIES. MY ALLERGIES ARE ACTING UP. I'M NOT CRYING THERE'S SOMETHING IN MY EYE IT'S JUST IRRITATED IS ALL.

In addition to playing at Liverpool for 10 years, Lucas is just a likable guy, and deserves all the emotional farewells people are sending his way. Including this one. Goodbye Lucas.