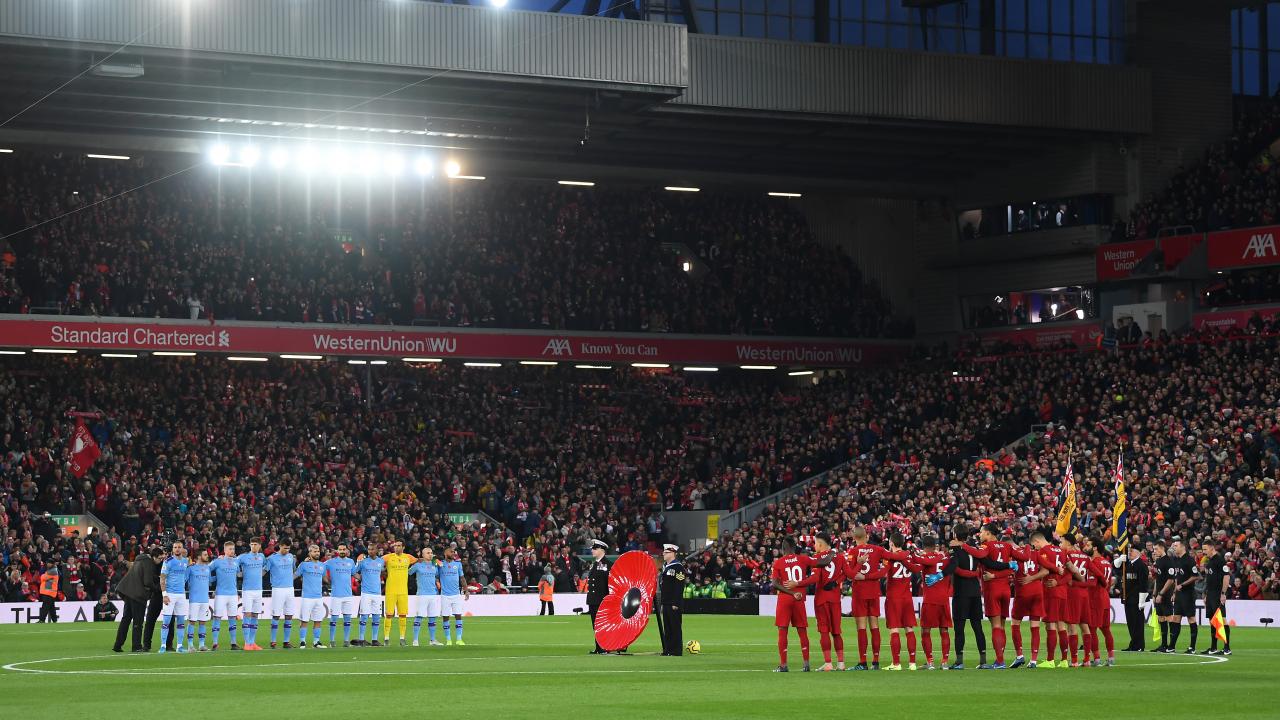 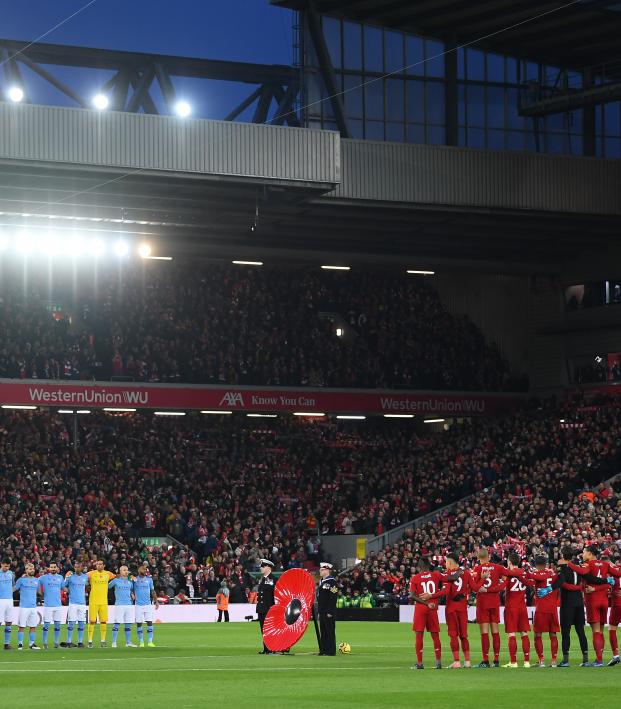 Holy hell, what a start to proceedings between Liverpool and Manchester City on Sunday. With Anfield truly rocking, the defending champions and current league leaders entered the pitch to a stirring rendition of “You’ll Never Walk Alone” with the Kop end at full voice.

That was followed by an impeccably observed minute’s silence for Remembrance Day. However, the whistle that signaled its conclusion transformed the stadium again into a bubbling cauldron of noise and expectation.

The start of the match did not disappoint. At one end, City protested vehemently for a handball in the area but Michael Oliver wasn’t interested. Liverpool broke the other way, and the Reds’ first real attack ended with Fabinho smashing a pile driver from 25 yards out.

WHAT A STRIKE FABINHO pic.twitter.com/y5bQxukx2W

Over the next five minutes, City went inches away from equalizing on two occasions — both Raheem Sterling and Sergio Agüero failed to turn home delightful balls from Kevin De Bruyne.

But with Liverpool seemingly under the cosh, a visionary cross-field switch by Trent Alexander-Arnold released Andrew Robertson, and Robertson replied with a searching cross deep in the area that met Mohamed Salah in stride. The Egyptian just had to apply his head to double Liverpool’s advantage.

What a pass from Alexander-Arnold
What a cross from Roberston
What a finish from Salah pic.twitter.com/Eou1JcupV1

City certainly have a goal or two in them, but Liverpool probably has four or five.