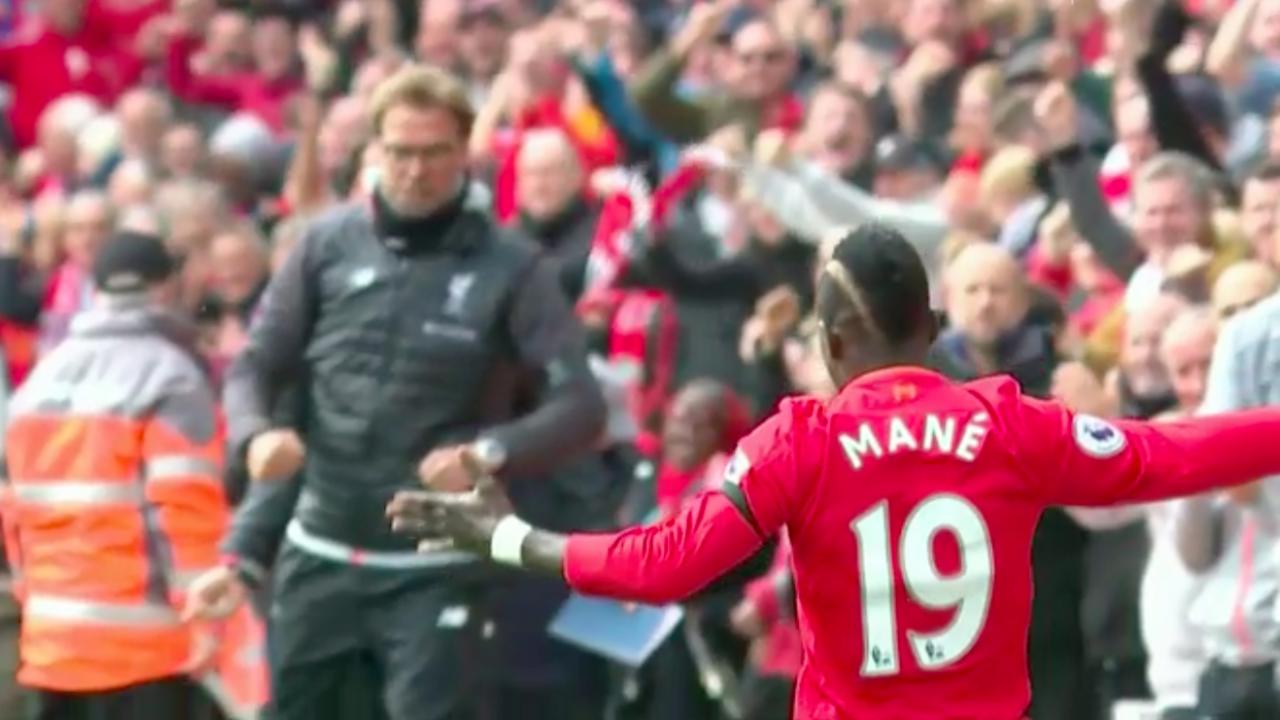 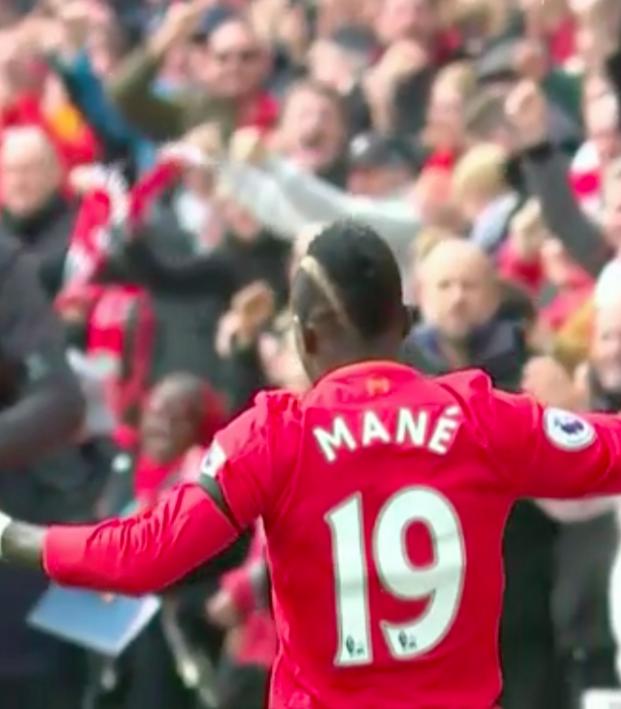 Liverpool moved into third place in the Premier League with a scintillating victory over Everton in the Merseyside derby. Sadio Mane, Philippe Coutinho and Divock Origi struck for the home side while Matthew Pennington scored the lone Everton goal in Liverpool’s 3-1 victory.

Mane opened the scoring in the 8th-minute with a fantastic solo effort, driving past defenders before striking a low shot into the corner — his 13th league goal of the campaign.

ICYMI: Sadio proves why he's the MANE after an GOLAZO gave @LFC an early 1-0 lead over Everton. #PLonNBC pic.twitter.com/BJQCdv39FP

Unfortunately for Liverpool, Mane was forced off in the 57th-minue after colliding with Everton defender Leighton Baines. Jurgen Klopp confirmed that while he didn’t want to speculate on the severity of the injury, Mane will almost certainly miss Wednesday’s match against Bournemouth.

22-year-old Everton youth product Matthew Pennington leveled the score in the 28th-minute after an Everton corner.

Pennington comes up with a CLUTCH goal for @Everton in his first game of the season. #PLonNBC pic.twitter.com/sZZZptEdwr

But the Brazilian magician that is Philippe Coutinho restored Liverpool’s lead only three minutes later with a goal so profoundly beautiful that we might as well give the World Cup to Brazil right now.

GOAL OF THE SEASON? Coutinho PUSHES @LFC back into the lead thanks to a WONDERGOAL. #PLonNBC pic.twitter.com/8nXLtOSAnk

Origi added a third in the 60th-minute, abusing Everton goalkeeper Joel Robles with a shot that devoured the Toffees. Ha.

After the match, Ronald Koeman criticized Jurgen Klopp’s touchline antics, saying, “I don’t like coaches from the bench the whole time shouting to referees, to linesmen making a big show about tackles. They were crazy and they didn’t need an official on the pitch.

“It’s not what I like, it’s a man’s sport and your behavior has to be like that.”