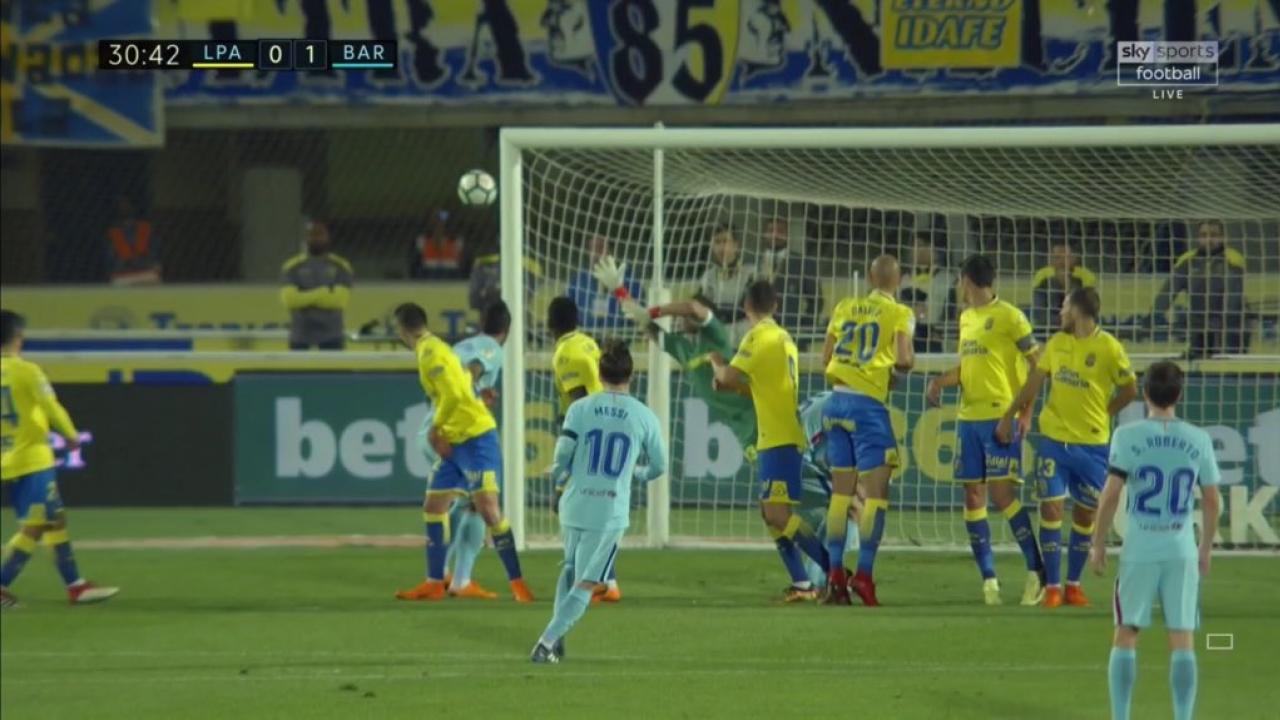 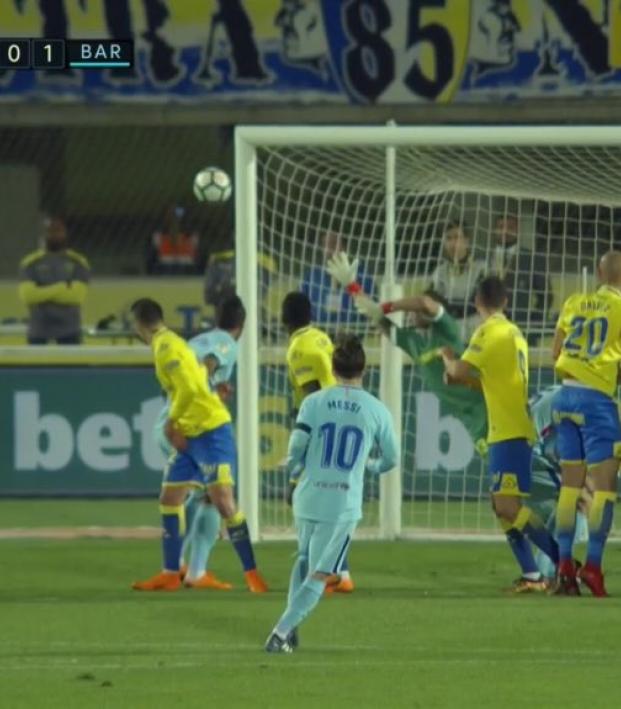 Connor Fleming March 1, 2018
Messi notched his 23rd goal of the La Liga season with his fourth goal from a direct free kick.

After hitting a Ronaldinho-esque free kick in Barcelona’s 6-1 victory over Girona last Saturday, Lionel Messi scored his fourth direct free kick of the La Liga season to give his side an early 1-0 lead over Las Palmas on Thursday.

Messi’s rocket from 20 yards out — a free kick he earned himself after a spectacular run at the heart of the Las Palmas defense — flew into the top corner, leaving Las Palmas goalkeeper Leandro Chichizola fanning at air.

Atletico Madrid narrowed Barcelona’s lead at the top of the table to four points with their comprehensive 4-0 victory over Leganes yesterday (Antoine Griezmann scoring all the goals for Atletico), and the pressure exerted on Barcelona was clear with the naming of Luis Suarez in today’s squad.

Suarez is just a booking away from missing Sunday’s showdown between Barca and Atletico at the Camp Nou. However, with Las Palmas currently in 18th-place, rare starts were handed to Aleix Vidal, Thomas Vermaelen and Lucas Digne.