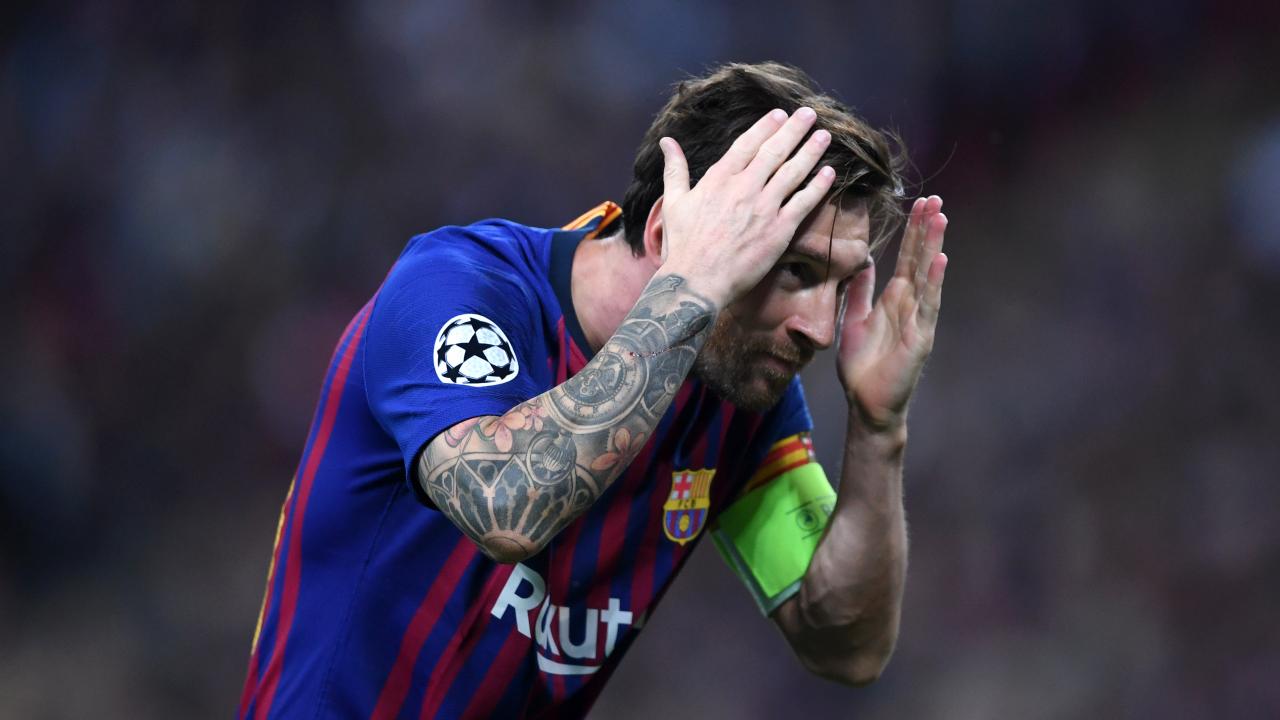 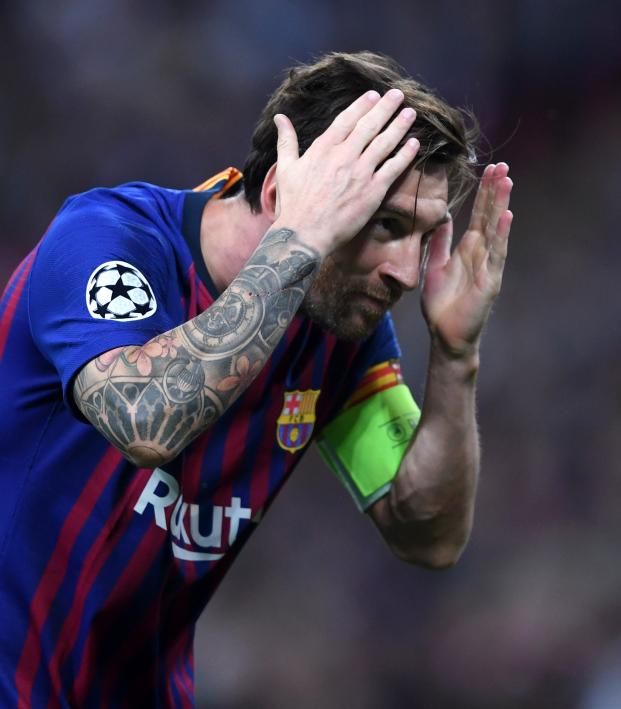 What’s The Meaning Behind This Lionel Messi Goal Celebration?

Travis Yoesting October 3, 2018
Lionel Messi scored against Tottenham and followed it with an interesting celebration.

FIFA 19 came out a week ago and with it a number of new celebrations made it into the game. After Wednesday’s Champions League match between Barcelona and Tottenham, there’s a new celebration EA Sports needs to patch into its game ASAP. But what the heck was the Lionel Messi celebration meaning?

Messi initiated the attack for two goals in the first half against Tottenham on Wednesday and looked likely to score in the second half when he twice struck the post. However, Harry Kane got the next goal in the match, sparking British announcers to claim he’s better than Messi because British announcers are such homers when it comes to the Champions League.

But four minutes later, Messi had his goal.

Lionel Messi scores his 4th goal of the #UCL season to give @FCBarcelona the 3-1 lead. Will that be enough to secure the win?

It was a strong finish followed by an odd celebration.

The questions began piling up on social media everywhere after the goal: What’s the Messi celebration meaning?

What a weird celebration No wonder Ronaldo is better than him

Explain that celebration by Messi to me, please.

Messi doing funky celebrations. What is this world coming to?

Was Messi showing off his dancing abilities? Was he mocking someone with disabilities? Was he signaling to the aliens to come and take him away so he can play on a planet with more comparable talent?

There were a few suggestions of what the Messi celebration meaning was on Twitter, mostly centered around his kids.

Messi's celebration was probably about his son Ciro. Guessing he taps Messi's head

LMAO I’m convinced Messi kids come up with his celebrations

Messi celebration is obviously something for one of his kids.

But we have a better explanation for the Messi celebration meaning.

Most of Barcelona’s players appear to have gotten tight haircuts in recent weeks. Perhaps Messi was pointing out the club coming together to celebrate short hair?

Everyone knows short hair is the most attractive kind of hair, no matter one’s gender. And I’m totally not just saying that because I struggle to grow hair. It’s just a fact.

Want proof? Who looks more distinguished between these two?

Yeah, clearly the one with the short hair.

So there you have it: definitive proof that the Lionel Messi celebration meaning is pointing out the sexiness of short hair.

Or something. Honestly, we have no clue.

Messi added a second goal (after a hat trick against PSV, he now has five UCL goals this campaign) in the 90th minute and didn't have any exciting new celebrations to unveil, but let's just admire another wonderful goal from one of the greatest players of all time as Barcelona held on for a 4-2 victory.