Lionel Messi Surprised Everyone With Assist Only Luis Suarez Was Expecting 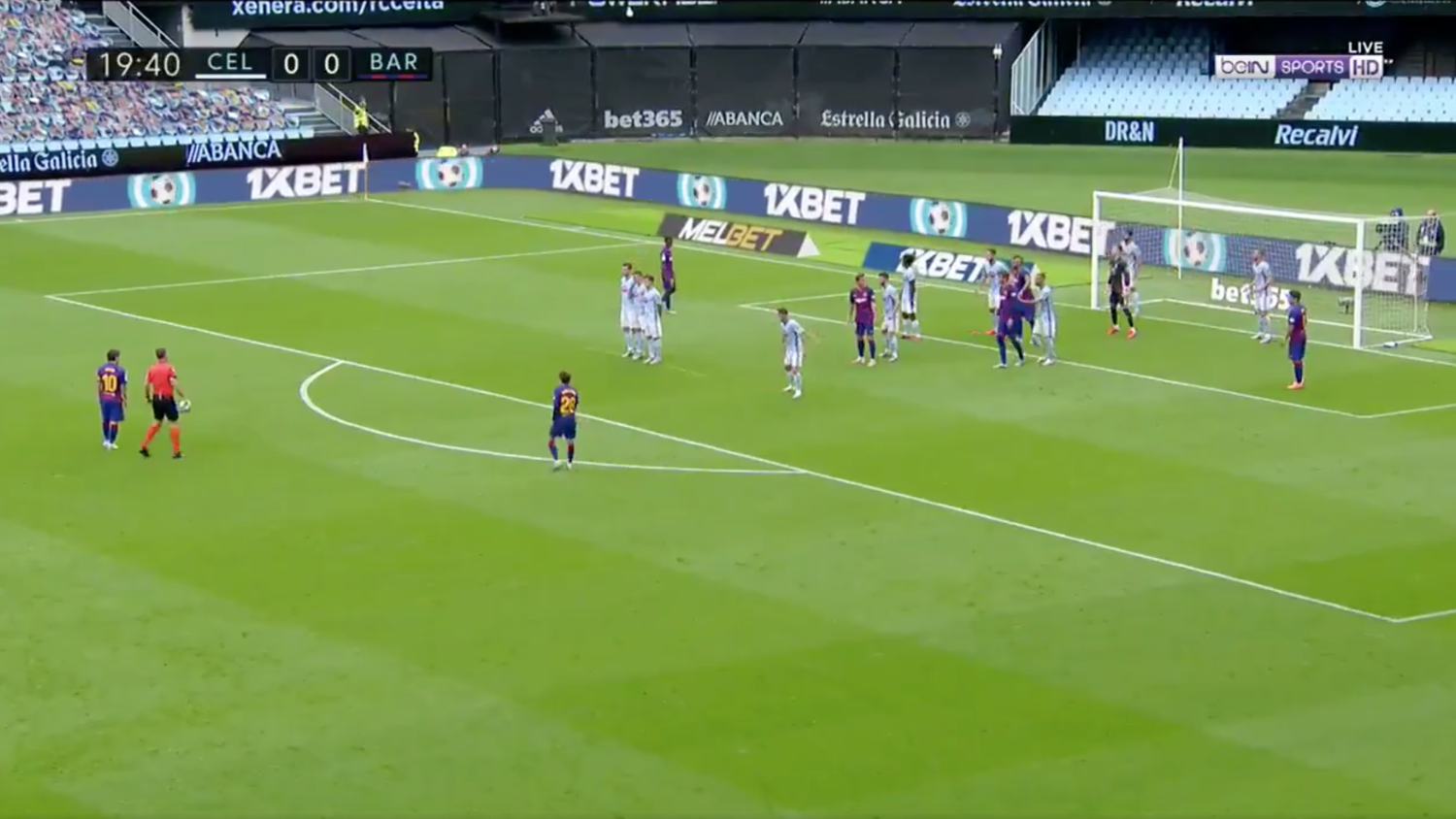 Celta Vigo had 11 players behind the ball as Lionel Messi set up for a free kick just outside the box. Everyone expected the Argentine to shoot. Instead he picked out Luis Suarez with a pinpoint assist. Despite the impressive Messi assist to Suarez, however, Celta Vigo nicked a 2-2 draw to further hamper Barcelona’s title hopes on Saturday.

The Blaugrana looked strong for much of the match, especially when Messi set up a go-ahead goal in the 20th minute.

The Messi assist to Suarez caught everyone but the Uruguayan by surprise. The Barcelona No. 10 saw no direct path to goal with a shot as Celta Vigo defended en masse, but still found a way to break down the defense.

GOAL BARCELONA!  #Messi crosses it and #LuisSuárez heads it in with an interesting free-kick tactic  #CeltaBarça pic.twitter.com/AuDFzdPWNq

But Celta Vigo struck back, equalizing five minutes into the second half when Fedor Smolov finished off a quick counterattack.

Suarez restored Barcelona’s lead in the 67th minute with an expert turn and shot for his second of the game.

But Iago Aspas earned his side a 2-2 draw with a remarkable free kick, bending a low shot around the outside of the wall to beat Marc-André ter Stegen at his near post in the 88th minute.

The draw meant Barcelona moved to one point ahead of Real Madrid, which plays Espanyol on Sunday and will retake the LaLiga lead with a win or draw.