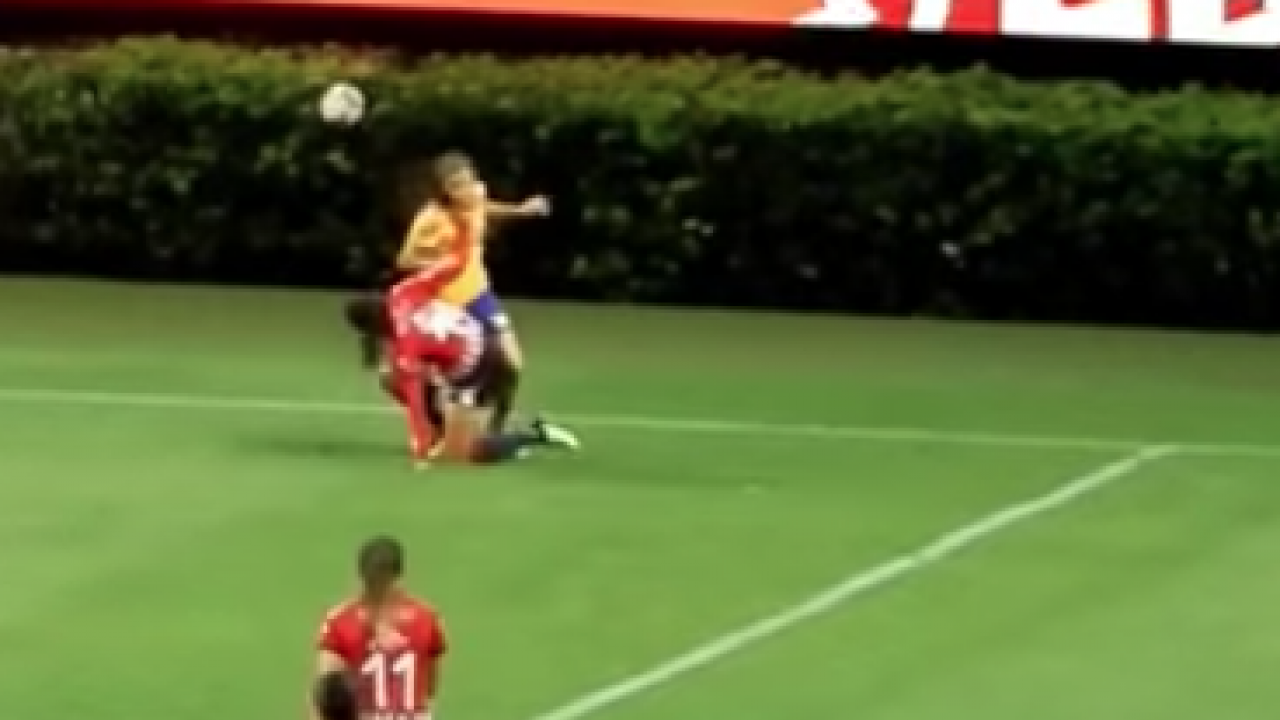 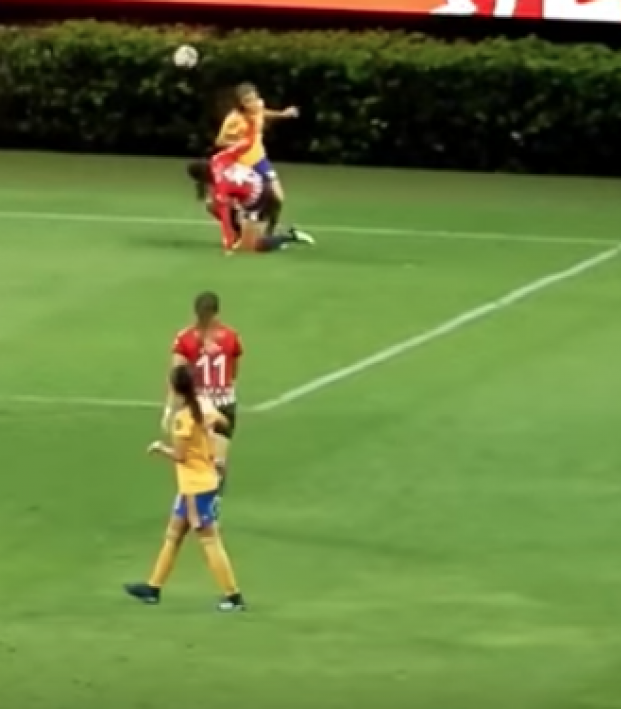 Travis Yoesting September 13, 2018
Players were pushed, punches were thrown and hair was pulled in a testy match between Tigres and Chivas.

Liga MX Femenil is in its second full year of operation, but if a match this week between Tigres and Chivas is any indication, the rivalries are starting to form.

A top-of-the-table clash between UANL and Guadalajara ended with four players being sent off, two from each team. Tigres won 3-1 on Monday to push their lead to four points over Chivas in Grupo 2 of the 18-team Liga MX Femenil Apertura.

All four goals were scored in the first half. A double from Katty Martínez in the first seven minutes put UANL on the path to victory.

But things turned into a bloodbath in the second half, with all four red cards coming after the hour mark.

It began with UANL’s Nancy Antonio and Guadalajara captain Tania Morales getting tangled up outside the Chivas box. With the intervention of the assistant referee, the center ref Karen Hernández Andrade didn’t take any nonsense from the two players and sent both off.

Morales looked like she may have thrown an arm at Antonio, but I’m not sure what the Tigres player did to deserve to be sent off.

About 25 minutes later, Andrade again pulled out her red card in for a double dip.

This time, few could argue against both players deserving the red. Chivas defender María Andrea Sánchez initiated a melee with a hard (but legal) challenge in the box on Lizbeth Ovalle. Sánchez then appears to grab Ovalle’s hair and the two start going at it, Ovalle throwing punches and Sánchez going with the classic back-on-the-ground-feet-in-the-air fighting style, I believe mastered by the great Bruce Lee.

Even as Andrade brandished her red card, it took a while to restore order. But at least they were able to finish the match, even if there were only 18 players on the pitch.

While Atlas is still within striking distance, the Group 2 race in Liga MX Femenil is likely to come down to Tigres and Chivas. The two meet again on Nov. 5. Let’s hope there’s a little more civility this time (or not?). Last season, Guadalajara claimed the Apertura title while UANL brought home the Clausura crown, so it's likely these two could also meet up again in the playoffs.

The 2018-19 season is the first in which the teams were broken up into two groups of nine, with each team playing the other eight in their group twice. The top four in each group advance to la liguilla.

Liga MX Femenil got off to a rocky start last year when it became known only players born in Mexico would be allowed to play in the league, meaning even some Mexico internationals were barred from participating.