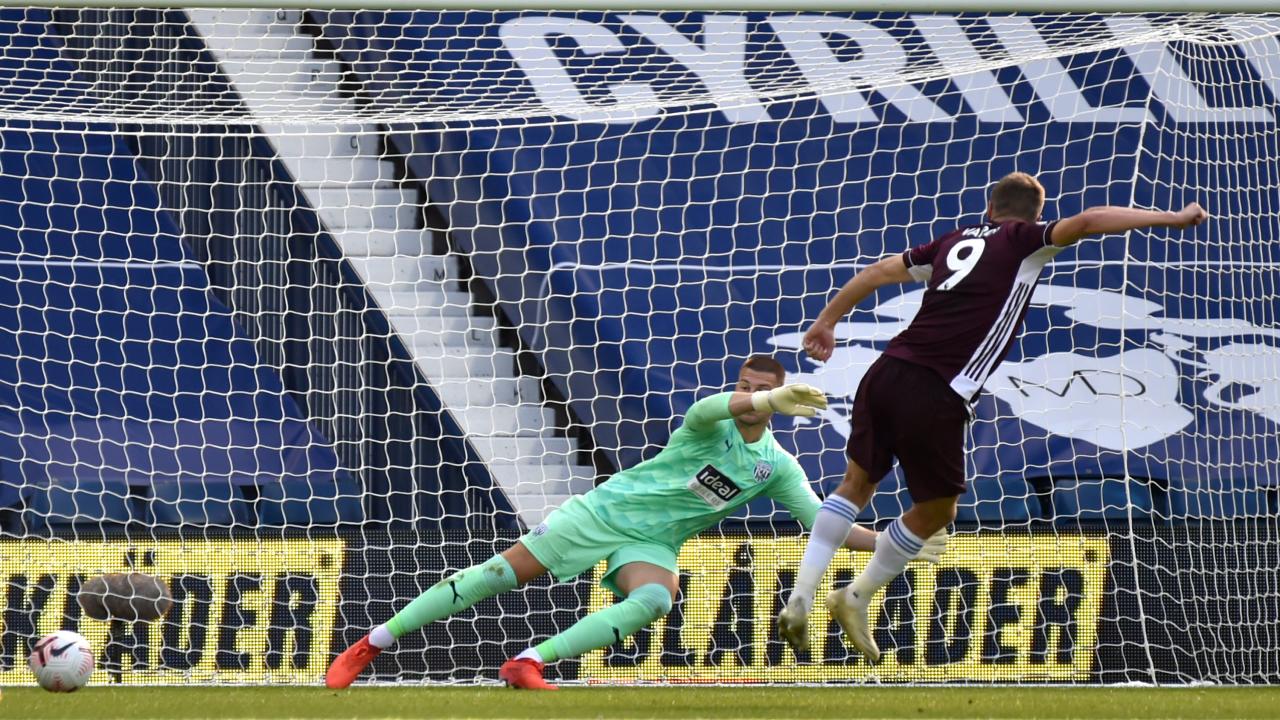 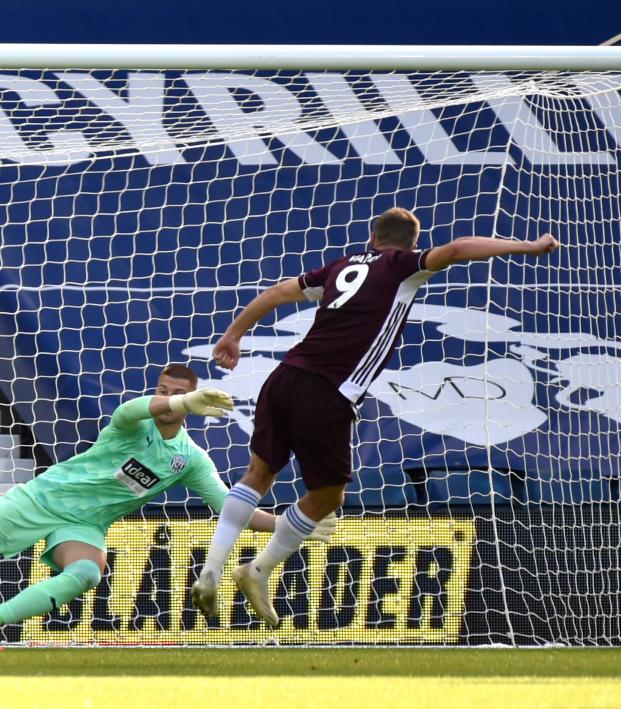 Reuters September 13, 2020
The 33-year-old was the oldest player to win the award, but he’s clearly not slowing down yet.

Jamie Vardy converted two penalties to help Leicester City get off to a winning start in the Premier League season with a 3-0 victory at promoted West Bromwich Albion on Sunday.

Vardy, the league's top scorer last season, and Dennis Praet both had drilled efforts well saved by West Brom goalkeeper Sam Johnstone in bright sunshine at the Hawthorns, with the hosts offering little in attack in the first half.

The visitors continued to dominate after the break and took the lead in the 56th minute through debutant Timothy Castagne — a summer signing from Italian side Atalanta — when the full back headed home a Praet cross.

Vardy was fouled by Kyle Bartley in the penalty area 17 minutes from time, and the striker stroked home the spot-kick to score for the fifth successive trip to West Brom as a Leicester player.

Leicester were able to give substitute James Maddison his first minutes since March after undergoing hip surgery, before Vardy made the win more comprehensive six minutes from time with another penalty.

The visitors, looking to forget their poor end to last season that cost them a place in the Champions League, were much too sharp for West Brom on their Premier League return.

"It's a massive win for us," Vardy told Sky Sports. "Especially with how we finished last season and not having long to turn it around. We are delighted with three points."

Belgian Castagne was pleased to score his first goal in English football.

"It was a dream debut," Castagne said. "It's nice to play with him (fellow Belgian Praet). He gave me a very nice assist. I still have some things to learn like the runs to make."

West Brom's return to the top flight does not get any easier, with a trip to Everton and a clash with Chelsea up next.