Connor Fleming July 11, 2018
Could we soon see the use of effective time as soon as the clock strikes 90?

During France’s 1-0 win over Belgium yesterday, there was a heinous moment in the 92nd minute when Kylian Mbappe attempted to retain possession near Belgium’s corner flag, only to dribble out of bounds. Instead of allowing Toby Alderweireld to take the throw, the 19-year-old attempted a comically horrendous behind the back pass that landed on the pitch. He then jogged after the ball and dribbled all the way into Belgium’s box before being shoved to the ground by Axel Witsel.

It was one of the most blatant examples of time wasting you’ll ever see, taking about 20 seconds off the six minutes of added time. What really pissed Belgium supporters off is that the referee, Andres Cunha, still blew for the final whistle at precisely the 96th minute.

This is where two roads diverge in a yellow wood. For some, it’s effective game management. It’s being street smart — it’s the kind of shithousery that separates the winners from the losers. For others, it’s despicable gamesmanship. It’s cheating, and it’s destroying the integrity of the game.

Regardless of which side of the fence you’re on, we can all agree on one thing: It’s always been prevalent; this is nothing new. The beauty of the game — it’s flowing, non-stop nature — has always encouraged time wasting at the end. That’s why you’ll see a substitution in stoppage time.

Conversations regarding how to stop this abuse are nothing new. Back when FIFA Director General for Technical Development Marco van Basten was widely derided for revealing a myriad of changes that FIFA was looking into, one such change was to alter the flow of the last 10 minutes of the game by adopting effective playing time (the clock only moves when the ball is in play).

“We are very aware of the problem of time,” Van Basten said. “The viewers want to see action and goals. The longer a substitution, the execution of a free kick or the treatment of an injured player, the more playing time is lost. We must be careful about this.

“We therefore also discuss making the last 10 minutes of the game a period of effective playing time. … Because when a team finishes just before the end, they do everything they can to waste time, for example through substitutions.”

Views like this came to the fore when FIFA invited debate over moving to 60-minute games with effective time. Just saying something like this, of course, caused a furor, but detailed analysis of the 2014 World Cup by Soccermetrics showed that the reality of the game wasn’t much different.

According to the study, games involving Colombia produced the least amount of effective playing time, coming in at 60:30 of the 90 minutes. At the other end of the spectrum was the U.S. — the Americans' matches, on average, involved 69:31 of actual play. 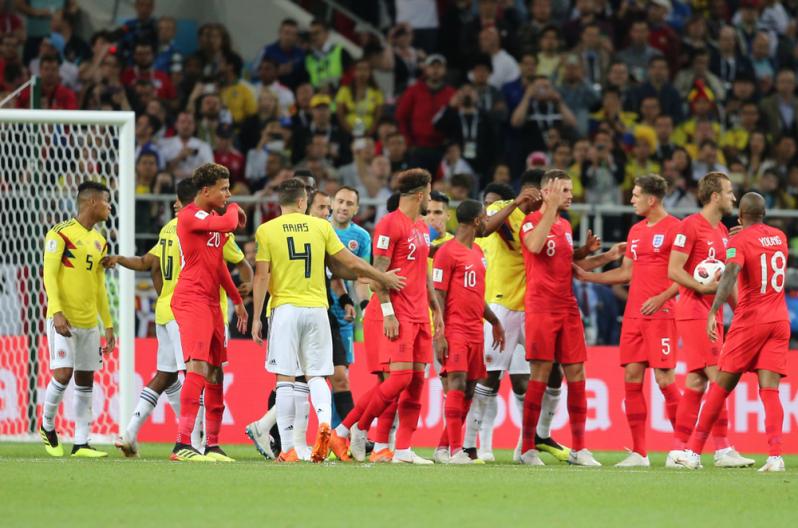 Without making massive overhauls to the game itself, there’s still a belief that something can be done to improve stoppage time. Perhaps one of the biggest proponents of such a change is legendary Manchester United manager Sir Alex Ferguson, who’s always maintained that timekeeping should be taken away from officials.

“The one thing that really does amaze me, unlike most sports in the world, is that the referee is the official timekeeper, and believe me, it’s absolute nonsense,” says Ferguson. “Every game they guess. They put two minutes — it’s never two and a half minutes, so that tells you that there’s no accuracy in it. It’s a guess.”

Ferguson, as always, has a point. According to a recent study by FiveThirtyEight, the stoppage time given to almost every World Cup match so far has been wildly inaccurate. As the article so pointedly says: “It’s no secret that the stoppage time in soccer is often inaccurate, but it’s not easy to know exactly how inaccurate.”

Everything is up to the discretion of the referee, and the general rule of thumb for adding time for certain events (30 seconds for a substitution, 30 seconds for a goal celebration, etc.) is convoluted by the fact that free kicks, throw-ins and goal kicks take an inordinate amount of time as World Cup survival/progression hangs in the balance.

For now, the system invites artifice. But could we soon see the implementation of effective time at the end of matches? The idea is really no more radical than the use of VAR.