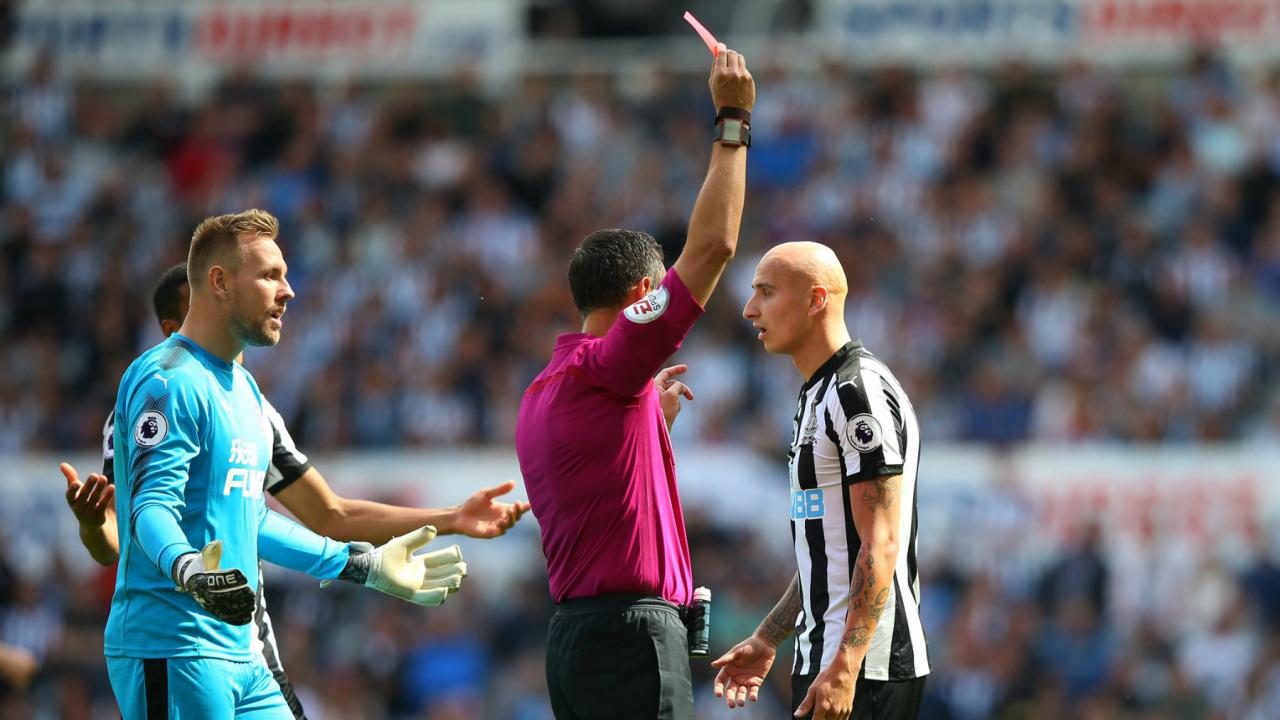 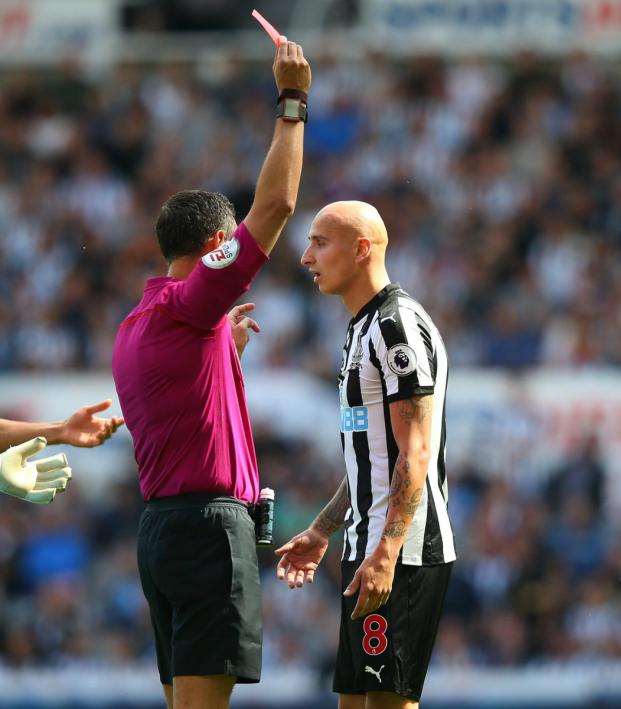 Jonjo Shelvey Receives Red Card For Most Boneheaded Move Ever

Matt Jenkins August 13, 2017
Jonjo Shelvey teaches us how to earn a reputation as a potato-brained wanker in three easy steps

In the Premier League boneheaded move of the day, Jonjo Shelvey received straight red for stomping on the ankle of Dele Alli in plain sight of the referee.

And when we say "in plain sight of the referee," we mean that the referee could not have been any closer, or paying closer attention. See Exhibit A: 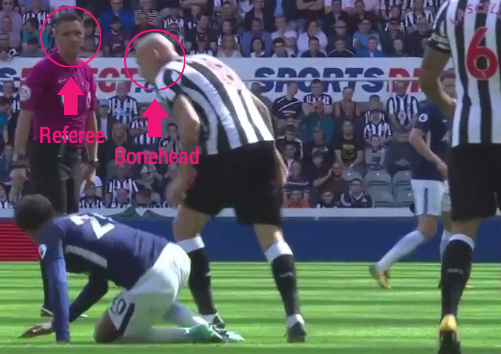 This doesn't come as a complete surprise, as Jonjo Shelvey is known for questionable decision-making on the pitch, and perhaps in life as well. This is his third red card in the Premier League. In 2014, while playing for Swansea, Shelvey also earned a retrospective, four-match suspension for violent conduct after a clash with Liverpool's Emre Can. This, in turn, earned him a reputation for having a potato for a brain.

Let's check out the play-by-play to see how to pull off a world class, boneheaded move like this in three easy steps.

1. Pretend To Be Good Sport To Distract Ref From True Intentions 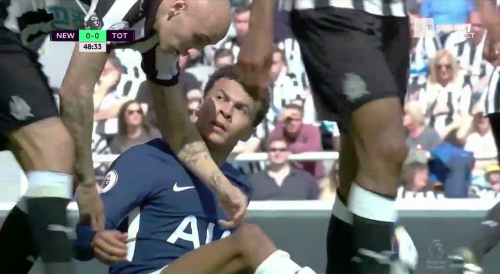 2. Confirm Brain Is, Indeed, Made Of Potato 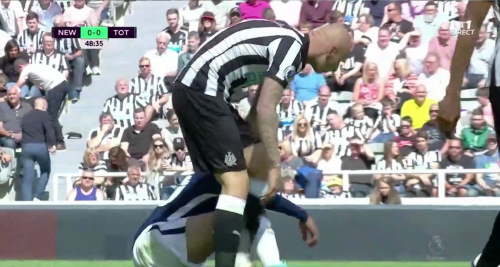 3. Do Stupid Thing You Know You Have Zero Chance Of Getting Away With 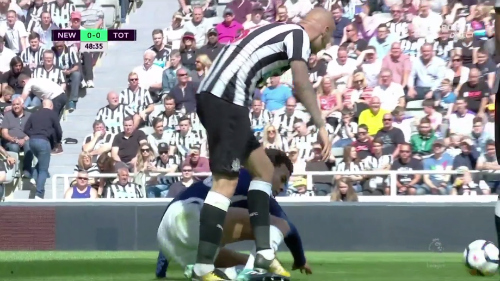 It's just that easy folks.

Here it is in moving pictures in case the play-by-play wasn't clear enough for you:

Meanwhile, Newcastle fans had this to say about Jonjo's game-sabotaging actions:

City fans to Pep after we lose 2-0 to Brighton on the opening day. pic.twitter.com/52yaAyOtGL