He Had No Right To Score From 40 Yards. His Power Header Said Otherwise

Ivan Anich January 4, 2016
Martin Palermo stood in front of a rocket of a ball and headed it into the net from 40 yards out.

I’ve said it before and I’ve said it again, the best reactions to goals come from South America, Central America, Spain and Eastern Europe. The whole crowd just gets so stoked. You can literally hear everyone in the stadium simultaneously say “OOOOOOOHHHHHH!!!!” Yelling “YEAH” or “YES” just isn’t the same. It’s as if everyone wants to scream “OH MY GOD!” but just can’t get past the first syllable.

That’s the kind of reaction that this ridiculous goal by Boca Juniors legend Martin Palermo elicited. Palermo’s power header took full advantage of something he had no right to take advantage of: a goalkeeper’s clearance from his own box. I’m sure the keeper made a mental note to get more air under the ball next time.

Out of all of Martin Palermo’s 236 goals for Boca Juniors (he retired as the club's all-time leading scorer) this one stands apart as arguably his most unique, and not to mention brave. Not many people in the world would be willing to thrust all of their weight into heading a ball that’s been drilled towards them at speed. 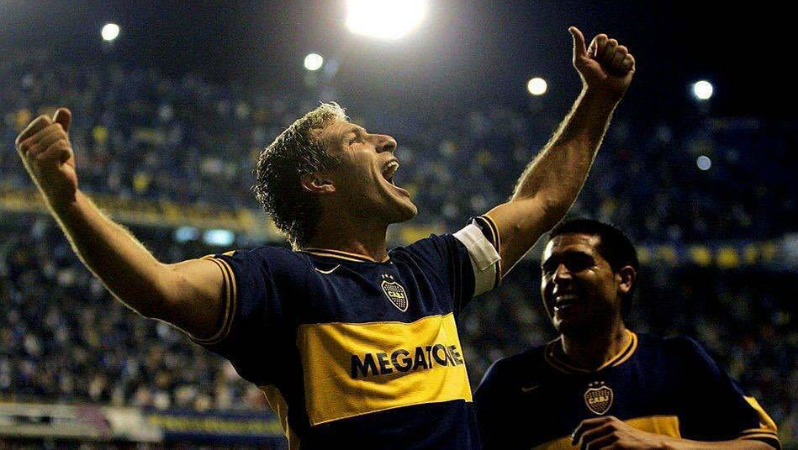 For those wondering, no, this is not the longest headed goal of all time. At the very least this one from the other side of midfield has it beat.

Do you have a video of a header that’s ever further out? Send it to us at talktous@the18.com.