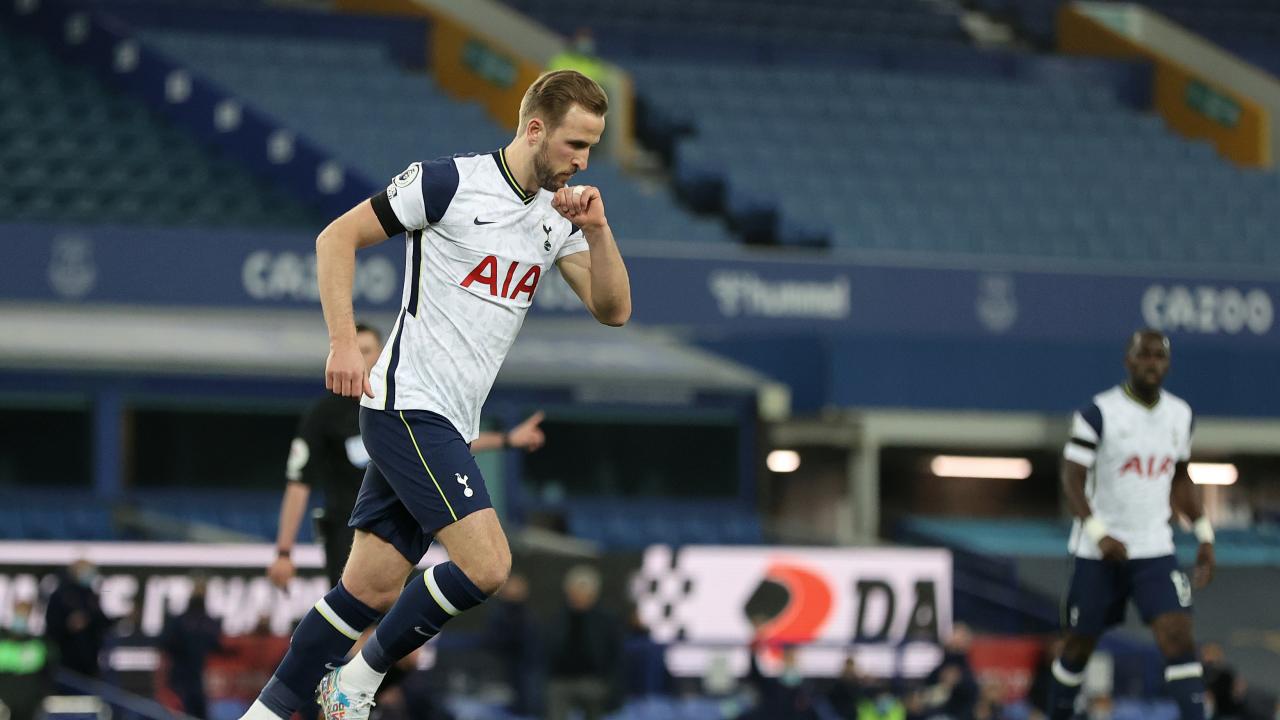 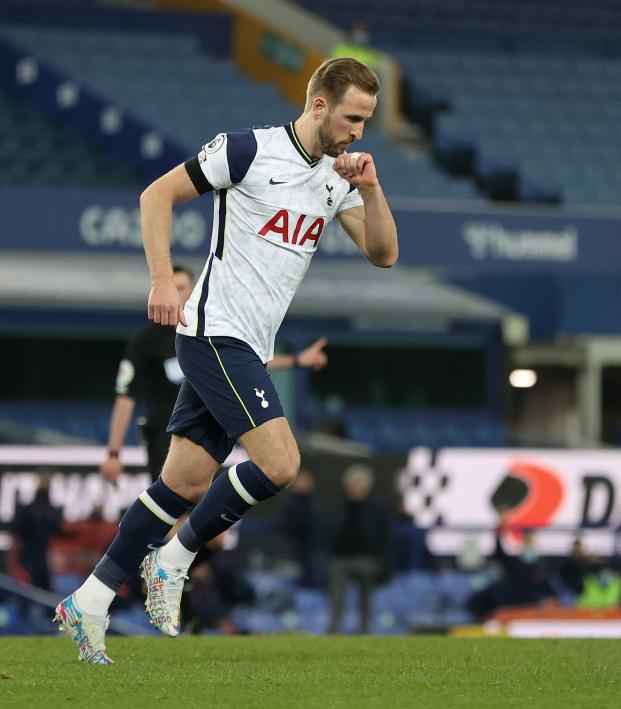 Reuters April 16, 2021
Harry Kane couldn’t believe his fortune to score twice, but hobbled off with an injury.

LIVERPOOL, April 16 (Reuters) - Tottenham Hotspur's Harry Kane moved clear at the top of this season's Premier League scoring charts but his brace in a 2-2 draw at Everton was overshadowed by a late injury on Friday.

Kane took his tally to 21 for the season with a goal in each half but Gylfi Sigurdsson also scored twice for the hosts in a draw that did little for either side's fading top-four hopes.

Worryingly for Tottenham, and England, Kane hobbled off in stoppage time with what appeared to be an ankle injury.

"It is too early to say something. For him to leave the pitch with a few minutes to go is obviously because he felt something," said Tottenham manager Jose Mourinho, whose side play in the League Cup final next weekend.

"Let me be optimistic and believe that he has time to recover. Let's see."

Out of nothing, Harry Kane gets his brace!

The draw left Tottenham without a win in their last three games and stuck in seventh place, five points behind fourth-placed West Ham United who have played a game less.

Everton's third successive draw left them eighth, a point behind Tottenham but with a game in hand.

Kane began the night level on 19 goals with Liverpool's Mohamed Salah in the race for the Golden Boot.

But he moved clear in the 27th minute when Michael Keane failed to cut out a cross and the ball arrived at Kane who took a touch before drilling a shot past Jordan Pickford.

Tottenham have struggled to hold on to leads throughout the season and this time their advantage lasted all of three minutes as Sergio Reguilon fouled James Rodriguez in the box and Sigurdsson slotted home the penalty.

Everton had good chances to go in front before halftime with Hugo Lloris twice denying Rodriguez.

But Everton's defence again blundered and a mix-up at the back allowed Kane to thump in Tottenham's leveller.

Richarlison should have won it for Everton at the death but he blazed over the bar with the goal at his mercy.

The most significant moment was still to come though as Kane was injured as he challenged for a ball in Everton's area.

He limped off and was replaced by Dele Alli but Tottenham fans will be fearing that he could miss next weekend's Wembley clash with Manchester City.