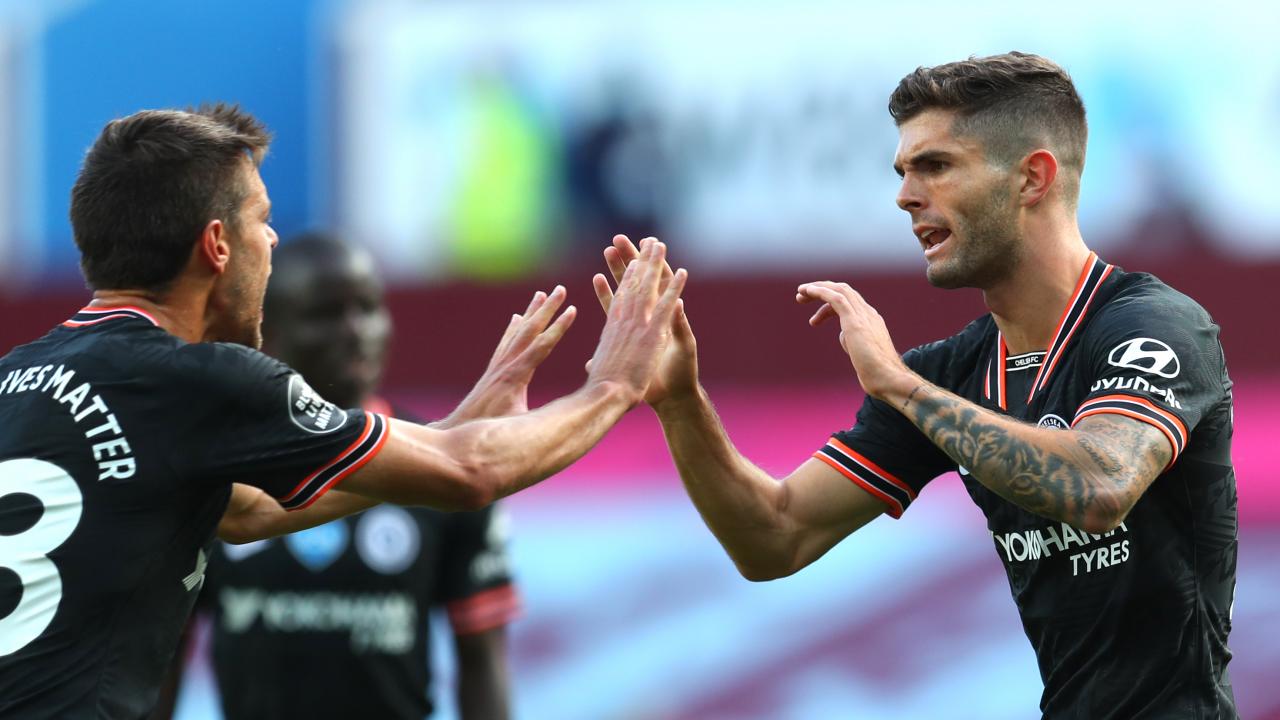 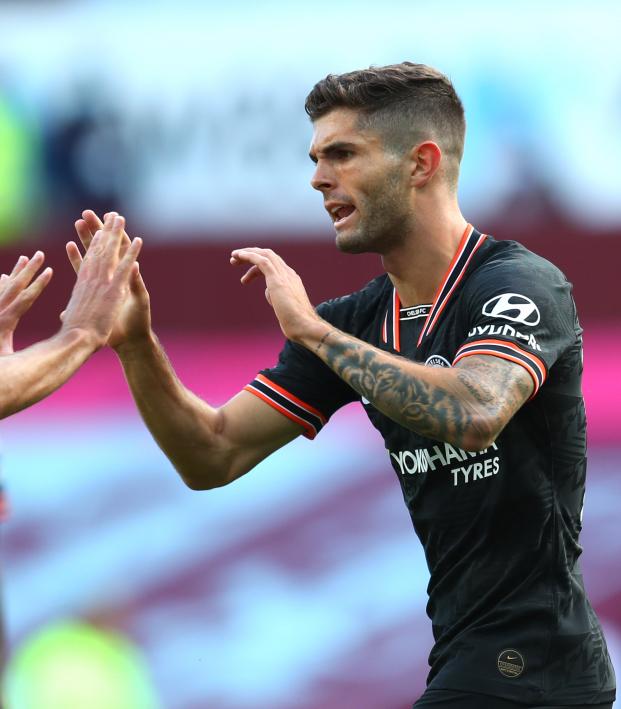 Reuters June 21, 2020
"He will start games for us, of course, and I think he’s going to be a big player for us, not just in this run-in but going forward,” Lampard said.

Chelsea manager Frank Lampard praised Christian Pulisic as the American forward scored an equalizer five minutes after coming off the bench to help Chelsea earn a 2-1 comeback win at Aston Villa in the Premier League on Sunday.

Lampard also singled out midfielder Ross Barkley and right back Cesar Azpilicueta, who set up both Chelsea goals — one with a superb cross from his flank and the other with a sublime pass to Giroud from the opposite side.

"The individuals who make the difference should always take all the credit so with Christian and Ross Barkley, who came on at the same time, they’re both players who have trained well and had cases to start this game," said Lampard. "We knew that fitness would play a part so the idea of bringing on Christian and Ross early in the second half was always something that was in my mind.

"The way it was going, we needed a bit of inspiration and Christian gave it with his goal. I thought Ross did really well too. I keep saying to the players how important subs could be in this period and they showed that. I thought Azpi was really good in the game. Obviously he delivers the ball for Christian’s goal and got really high up in areas."

The result left Chelsea on course for a Champions League berth next season, five points ahead of fifth-placed Manchester United and sixth-placed Wolves, with Lampard praising his team's character.

"We showed great character and quality in the second half to win the game so I’m pleased. I thought we moved the ball pretty well for most of the game and dominated possession clearly."