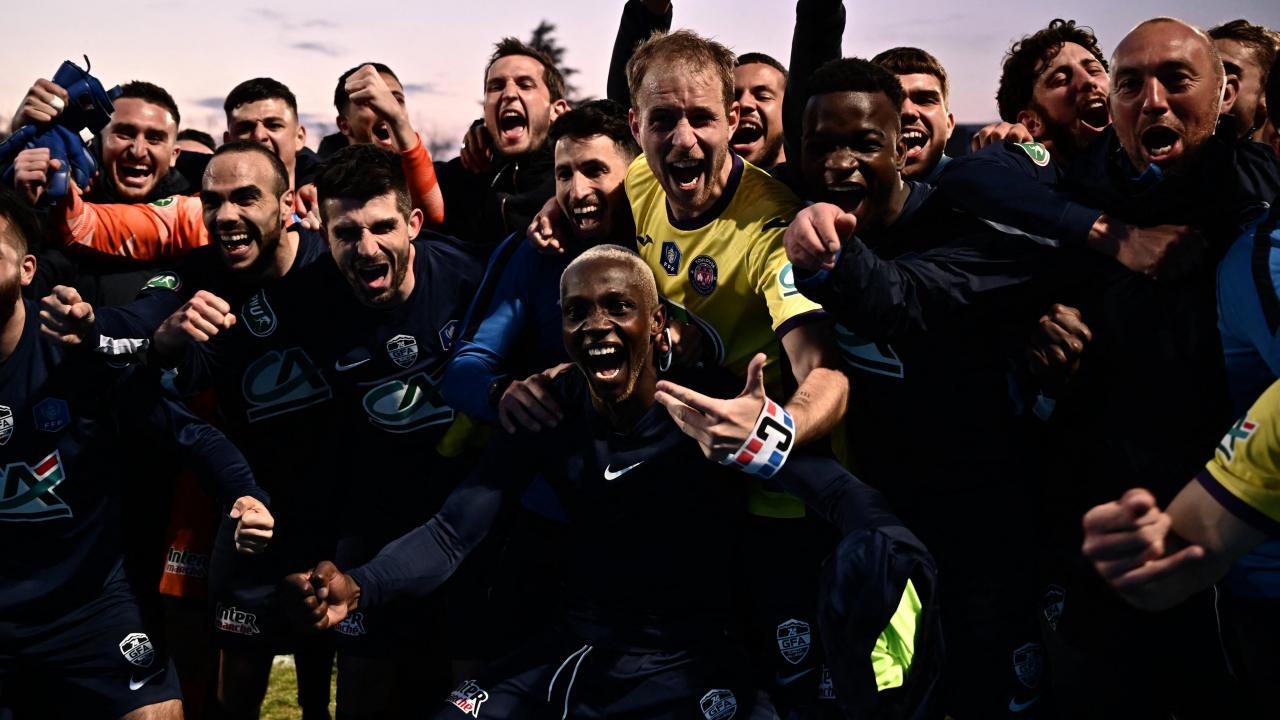 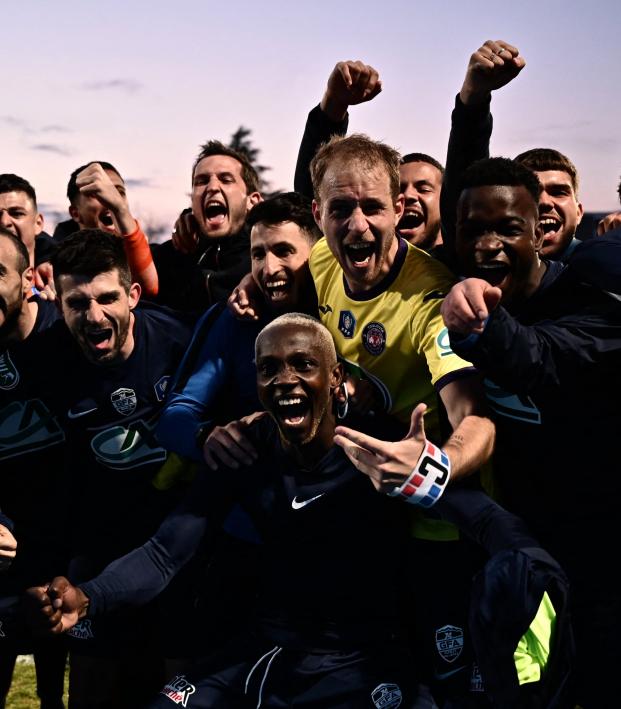 Liam Hanley April 20, 2021
The club was playing in the eighth tier just a decade ago.

History was made in France on Tuesday, as for just the fourth time in Coupe de France history, a team from the Championnat National 2 — the fourth tier in French football — has reached the semifinals of France's premier cup competition.

Amateur club GFA Rumilly-Vallières defeated Ligue 2 side Toulouse 2-0 in what is labeled as the "greatest feat" in the history of the club, which is located in the small town of Rumilly in the foothills of the Alps.

Rumilly-Vallières won six matches in the past two months to reach this stage in the competition. While this run was not the most difficult on paper (five of the six matches were at home, and opponents included two fifth-tier sides, two fourth-tier sides, a third-tier side and Ligue 2 Toulouse), the club has not played a league match since Feb. 27 due to Covid issues in France and it had to will its way through three penalty shootout victories in the cup.

FOURTH tier French club GFA Rumilly-Vallières have knocked out Ligue 2 Toulouse and will play in the semi-finals of the Coupe de France!

The magic of football. pic.twitter.com/w0KbdLOPd6

The victory over Toulouse actually turned out to be one of the easier victories for Rumilly-Vallières. Center midfielder Mathieu Guillaud headed home off a set piece in the 19th minute, and the defense held stout against the highest-scoring side in Ligue 2 — only allowing two shots on target.

An 85th-minute own goal from teenage Toulouse defender Anthony Rouault doubled the lead for the hosts, and underdog Rumilly-Vallières held on for the monumental victory.

The Coupe de France is no stranger to upsets though, as many other fourth-tier sides have made significant progression in the tournament over the years.

Claremont Foot came back from a three-goal deficit to defeat Ligue 1 runner-up PSG on penalties in 1996-97, and three years later, Calais Racing Union FC made it all the way to the final — defeating two second-tier and a pair of Ligue 1 sides before its valiant run was ended.

But this run could prove especially important for the small provincial team, as the prize money will likely alleviate some of the financial difficulties caused by the pandemic.

With only Ligue 1 sides left in the competition, winning the final will be extremely challenging, but for a team that was playing in the eighth tier just a decade ago, making the semifinal of the Coupe de France is already more than it could ever have dreamed of.