Travis Yoesting December 14, 2017
Closing arguments were made in the FIFA corruption trials of three South Americans and they didn’t disappoint.

The FIFA corruption trial for three South Americans started weird, got weirder and ended with a little bit more weird on Thursday in New York City. During the closing arguments, the defense attorney for a former president of Brazil’s soccer federation basically tried to make the case that his client was too dumb to be involved in the bribery scandals that have rocked FIFA.

Defense attorney Charles Stillman said Jose Maria Marin, the 85-year-old former Brazilian soccer president, was clueless about the bribery scheme, adding Marin became president by default and that Marco Polo del Nero, who was president before Marin, was the one guilty of corruption. Del Nero has also been charged in the U.S. criminal case but has not been extradited from Brazil.

Marin, Manuel Burga of Peru and Juan Angel Napout of Paraguay have been on trial in recent weeks as American prosecutors attempt to prove wrongdoing in millions of dollars of bribes for commercial rights at major FIFA tournaments. Reports surfaced earlier this week that bribes were allegedly paid with agreement and support from Rupert Murdoch’s top executives at Fox. 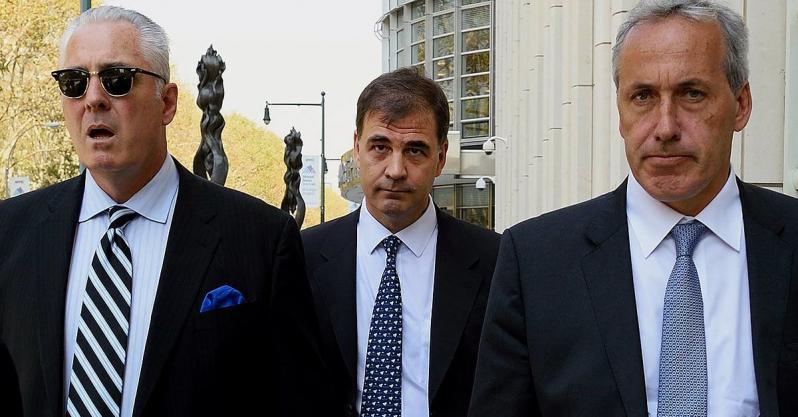 The trial started bizarrely enough, with a death threat and a suicide, then got even weirder when Kevin Jonas of Jonas Brothers fame took the stand to confirm a Paul McCartney concert took place in Argentina.

During the closing arguments, defense lawyers tried to discredit Argentine marketing executive Alejandro Burzaco, the man who had some of the most damning evidence and the victim of an apparent death threat while he was on the stand. The prosecution said Burzaco’s testimony was “devastating.”

Deliberations will begin soon but this case is just the beginning, with many other accused corrupt FIFA officials currently avoiding extradition, for now. We can only hope their cases are as entertaining.