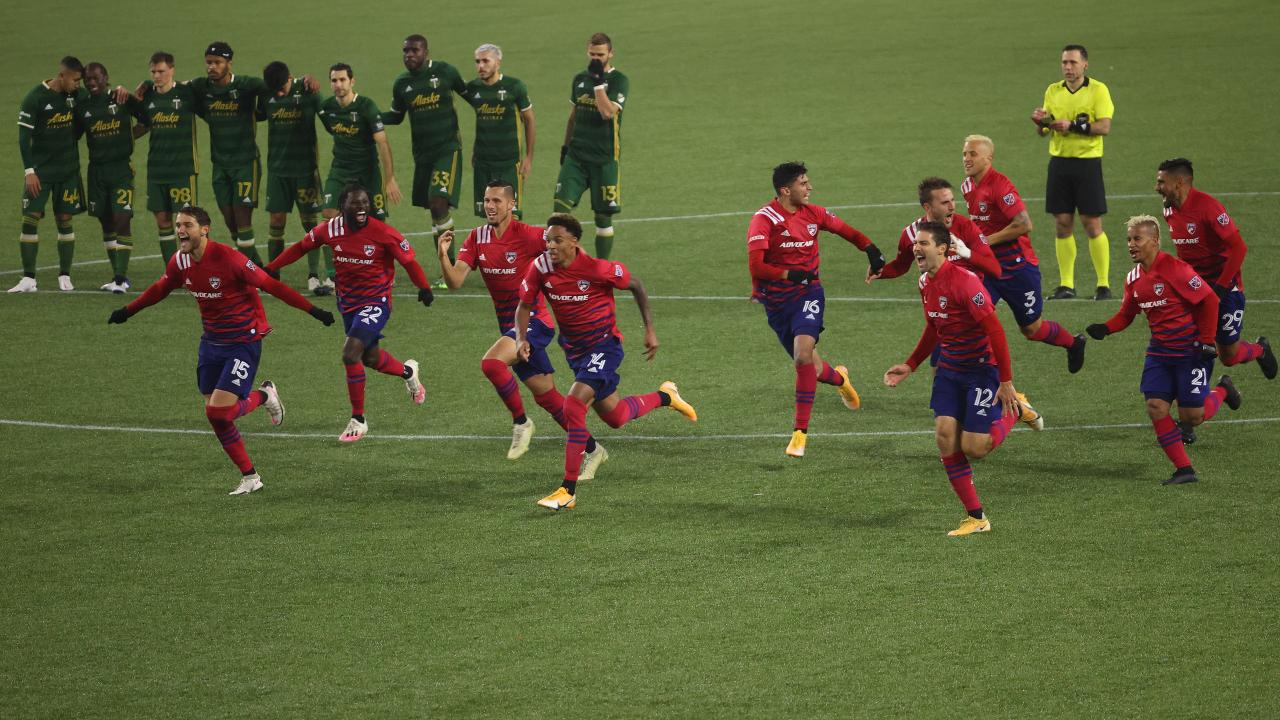 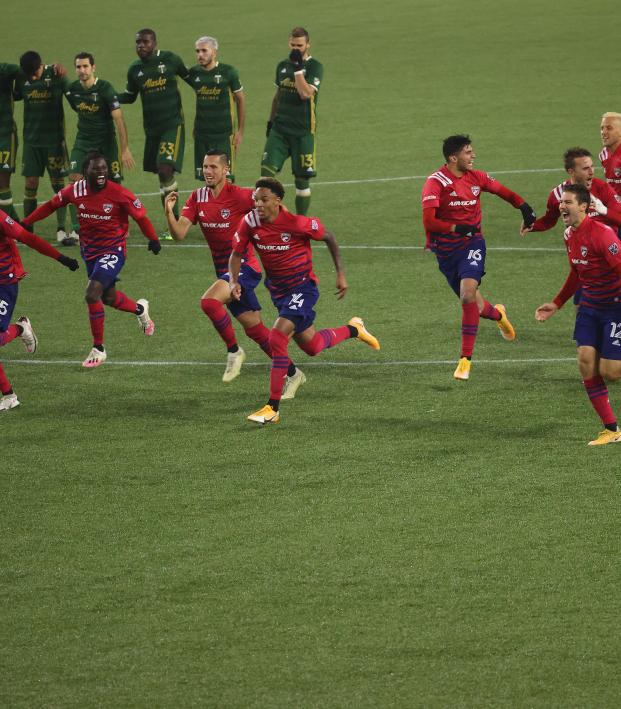 Reuters November 23, 2020
Pepi scored the late equalizer and converted his penalty in the shootout.

Jimmy Maurer made seven saves through regulation and a 30-minute overtime, then had the only stop in an eight-round penalty shootout as FC Dallas upset host Portland following a 1-1 draw on a rainy Sunday night in the first round of Major League Soccer's Western Conference playoffs.

Dallas advanced to the next round while the Timbers, who captured the MLS is Back Tournament earlier this summer, were eliminated. Dallas will play the winner of Tuesday's game between Los Angeles FC and Seattle.

Dallas' Ricardo Pepi, a 17-year-old who came on as a substitute in the 85th minute, tied the score in the third of four minutes of second-half stoppage time to force overtime. Pepi also made one of Dallas' eight successful kicks in the shootout.

Portland's Jorge Villafana, who opened the scoring in the 82nd minute, stepped up to take the Timbers' eighth penalty shot. His left-footed attempt was headed for the right side of the net, but Maurer made a diving save to clinch the victory.

Timbers goalie Steve Clark made four saves through overtime but was unable to stop any of Dallas' shootout attempts.

Pepi's tying goal came after a long through ball from Matt Hedges sent him on a breakaway. Clark got a hand on Pepi's initial shot and it bounced off the right goalpost, but Pepi pounced on the rebound and redirected it into the back of the net from close range.

Villafana's goal came after nifty passing play from Diego Valeri in the penalty area, sending the ball to Villafana at the top left of the 6-yard box and he hammered a shot over Maurer. It was the second goal in as many games for Villafana, a 31-year-old defender, whose late equalizer against LAFC in a 1-1 draw in the regular-season finale was his first MLS goal since 2015.

Franco Jara appeared to put Dallas ahead in the 30th minute when he got behind Portland's back line for a breakaway and put the ball past Clark and into the net. But the linesman raised the flag for offside and the call was confirmed by video review.