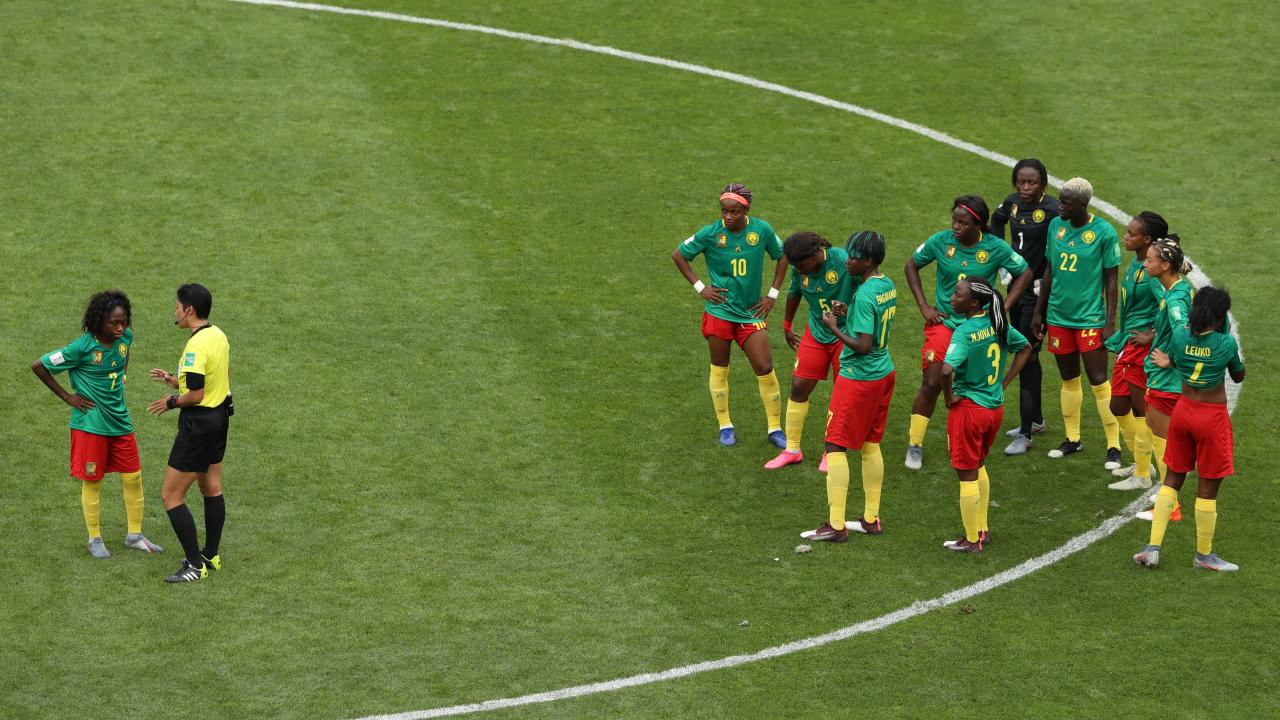 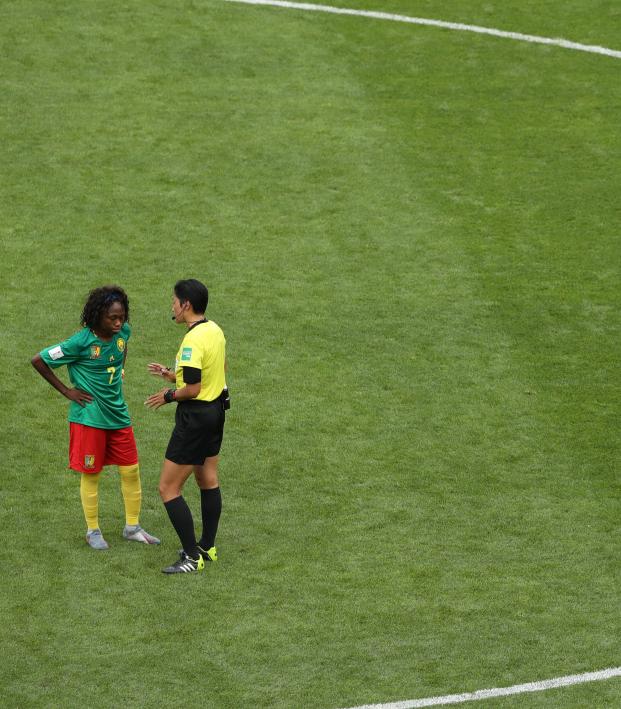 Jack Moodey June 25, 2019
How Cameroon put referee Qin Liang between a rock and a hard place.

The Telegraph has reported that Qin Liang, the England vs Cameroon referee, twice ignored VAR advice in order to prevent the Cameroonian team from walking out during the game.

The first instance was Fran Kirby’s penalty appeal, in which Kirby was taken down with a high challenge in the box by a Cameroonian defender.

The second was the decision to not send off Alexandra Takounda for her stomp on Steph Houghton.

Considering the fact that previous VAR decisions resulted in Cameroonian players spitting on the opposition and a strange in-game team meeting that took the game all the way to halftime, I understand why Qin Liang ignored VAR advice on those two plays, as it was the best way to keep tensions down and ensure that the game could be completed.

That being said, I do feel like Cameroon’s behavior may set a bad precedent, in that it implies that poor enough sportsmanship can be used as leverage to play dirty without in-match repercussions. Maybe if the game was closer, Liang would’ve been more willing to use VAR to assure the proper call even if it instigated a negative response from the Cameroonian team, but given the animosity the team was showing toward the ref and the English players, it is difficult to say what Liang would’ve done in that scenario if she wanted the game to end without a walkout.

This leads to a more philosophical question regarding sports (one that I’m not sure I know the answer to): If assuring the completion of the game requires sacrificing the integrity of its rules, is the game itself worth finishing?

It’s tough because I don’t blame Qin Liang at all; she was merely doing her job, which included keeping players safe while also finishing the game. FIFA apparently feels the same way, as it has officially reported Liang’s officiating as “good” for this match. I think what depresses me is that Cameroon behaved so immaturely that a referee was forced to bend the rules of the game in order to keep things civil.

I’m sure Cameroon will be punished by FIFA for its behavior. My issue is that all the kids who look up to these players, who tuned in to watch this game, aren’t going to see the effect of these repercussions, because they will happen off the field. Instead, they saw a team get away with a lot of unacceptable behavior because reprimanding them for their behavior threatened larger consequences. Cameroon’s national team showed that poor sportsmanship can be beneficial as long you are a poor enough of a sport, and that’s a sad thought.

If anything, the Cameroonian team should be thanking Qin Liang, because she made decisions that prevented the team, which was clearly out of control, from embarrassing itself even further.