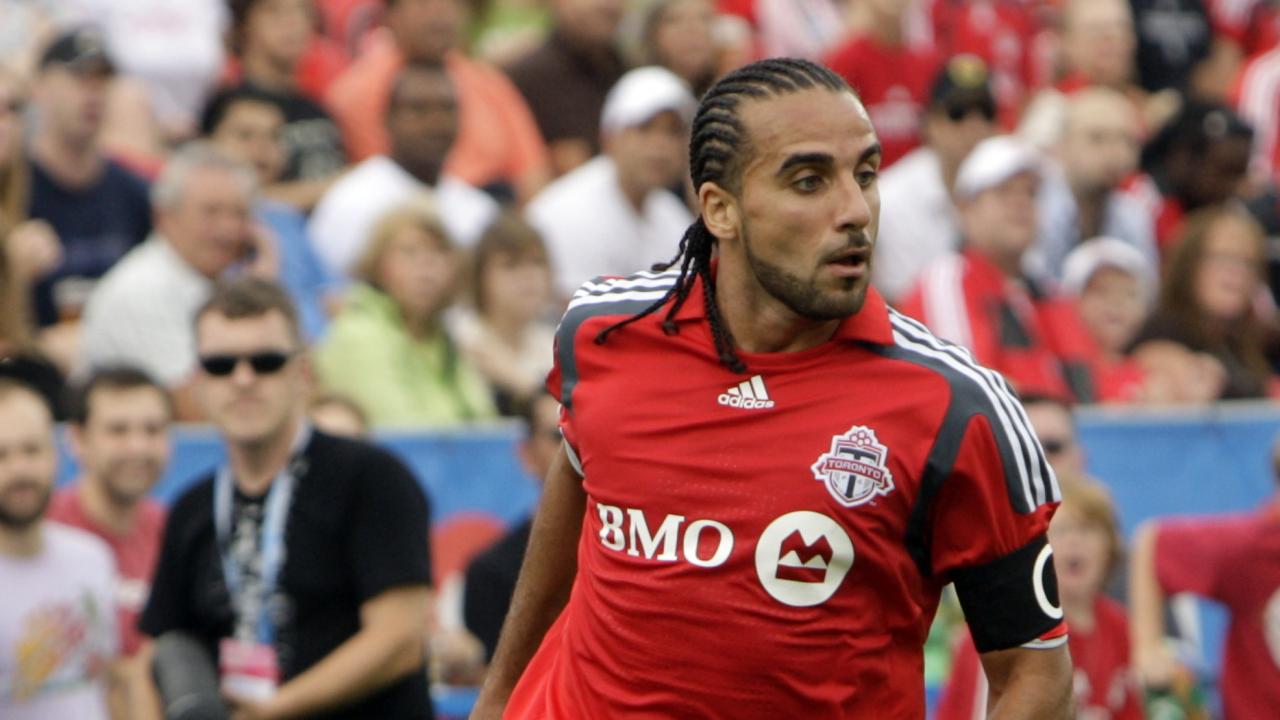 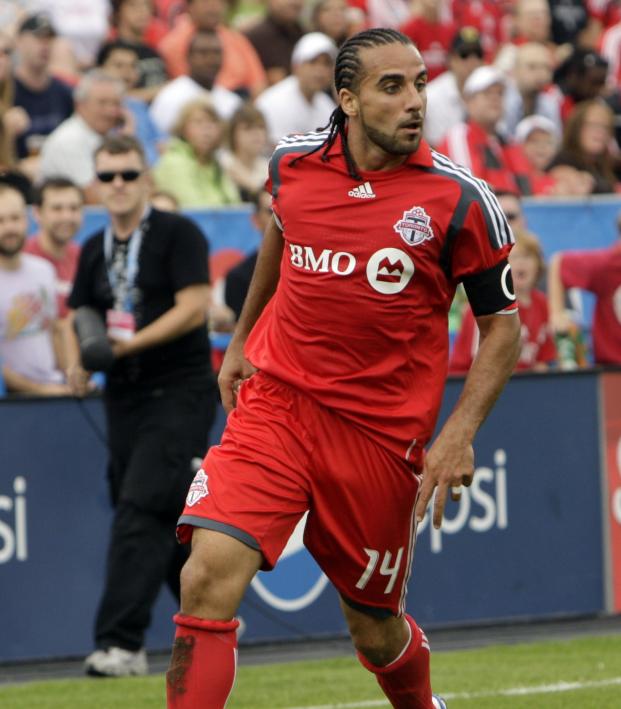 Connor Fleming January 20, 2021
The seven-time MLS All-Star talked to The18 about his autobiography, Toronto FC and Alphonso Davies.

Back on Dec. 9, Major League Soccer unveiled its list of the 25 best players in the league’s 25-year history. One no-brainer was the inclusion of attacking midfielder Dwayne De Rosario, who spent 14 hugely decorated seasons in the league.

De Rosario was a four-time MLS Cup winner, six-time MLS Best XI selection and the 2011 MVP. His 104 career goals puts him ninth all time, and two of those strikes famously won MLS Goal of the Year Awards (2004 and 2005).

The son of Guyanese immigrants, De Rosario grew up in government housing in Scarborough, Ontario. His path to superstardom was anything but straightforward — including humble career beginnings with the A-League’s Richmond Kickers — but De Rosario, now 42, is looking to share his story and inspire the next generation of Canadian footballers with his upcoming autobiography, DeRo: My Life.

“It was a really good opportunity for me to step up my vulnerability in terms of telling my life story,” De Rosario told The18 over a phone interview. “I’ve been known to be pretty private about my personal life, so to indulge in some of my childhood and my journey as a young man and young professional to where I am today was fun.”

The former Canadian national team captain’s journey is outlined in a way that De Rosario hopes provides guidance for young players facing tough decisions or life-changing moments, as well as advice for athletes that are coming to the end of their careers and wondering what’s next.

“I’m an inner-city kid, I come from metro housing, government housing. A lot of kids — especially in those communities — need empowerment. They need to feel appreciated. They need to feel loved. They need to know that there’s a kid that comes from those same communities, those same environments, that walked the same pavement and made something of their future, made something of their life. I think that’s my biggest gratification — if I can inspire one kid to do the same." 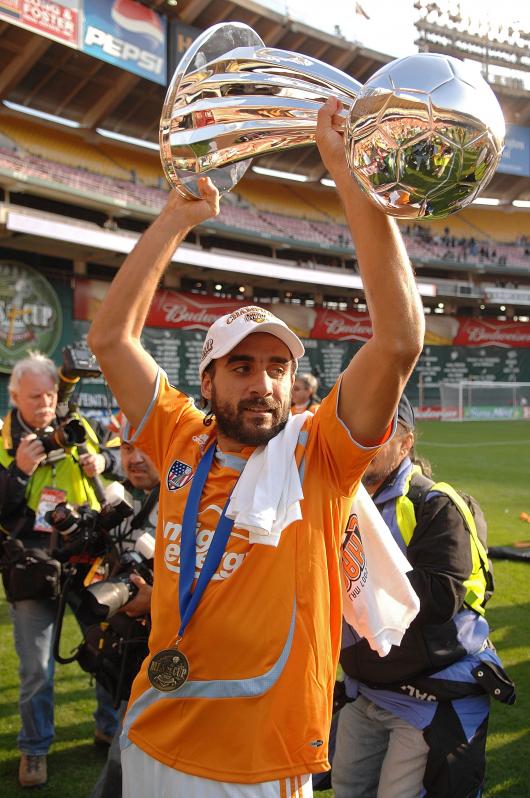 De Rosario is still very much involved in the game, specifically through his DeRo United Futbol Academy, which has ultimately helped kids earn places in the Toronto FC youth system. De Rosario played three seasons with his hometown team (he’s now a TFC community ambassador) and predicts big things for the Reds in 2021 under new manager Chris Armas.

“First and foremost you gotta give credit where credit’s due,” De Rosario says. “I think it’s amazing what (Greg) Vanney’s been able to capture in his coaching experience at Toronto FC. To help us win MLS Cup, it doesn’t get better than that. So we wish him the best in LA but we knew it was a matter of time until that journey would be made.

“With Armas, he’s a guy I played with. He’s always been a very technical but gritty player. He works hard, he was relentless on the field, and from what I’ve heard about his coaching he’s going to bring that same mentality. He’s very similar in his coaching approach. He wants to play an attacking style of football, but he also wants guys to be able to cover both sides of the game.

"It’s a positive thing. Everything has to evolve, and hopefully with Armas coming on board we can get that traction and get back to our glory moments.”

As for the national team, De Rosario is beyond excited for what the future holds with players like Alphonso Davies, Jonathan David and Cyle Larin excelling in Europe, especially with Toronto, Montreal and Edmonton slated to host matches during the 2026 World Cup.

“I’m very blessed to know that I have a part to play in the journey and development of the sport in this country,” he says. “It’s beautiful to see what guys like Alphonso Davies and Jonathan David are doing. Obviously at such a young age, winning such titles and playing for such an elite club like Bayern.

“It’s a testament to the game and how much it’s grown and also to the work that Alphonso’s put in — the dedication that he’s put towards his craft. Whether that was inspired from watching the Canadian national team, watching guys like myself and others or whether that was from his own willpower and his own hunger to try make himself someone.

"His story relates very similarly to my kind of journey, and it’s beautiful to see a kid really take the opportunities provided to him and his family here in Canada and look where he is now! It’s a beautiful story, a Canadian story, and I’m so proud of him.” 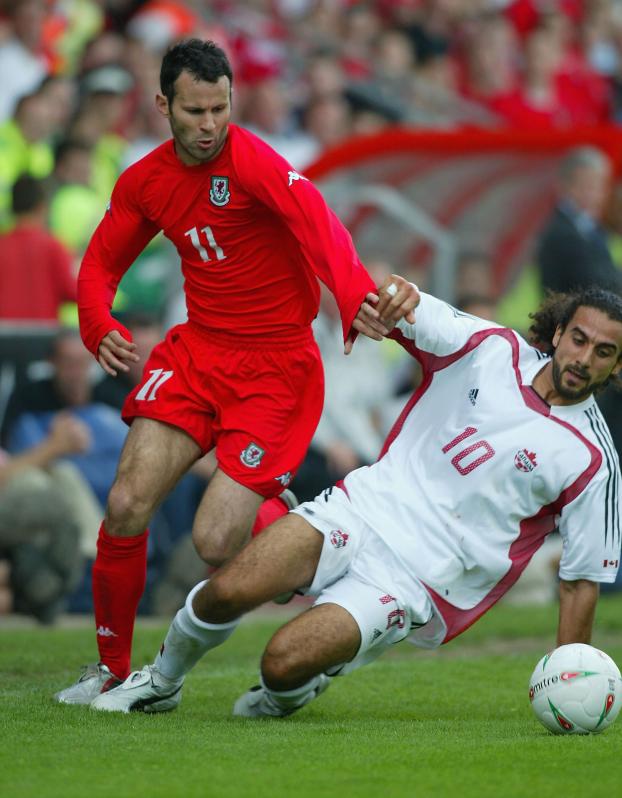 And what about Atiba Hutchinson still going strong for Beşiktaş at the age of 37? Could DeRo make a comeback and join him?

“I got at least four or five years on Atiba!” De Rosario says with a laugh. “Four, five years is a lot! My kids, man. I did what I could. They’re getting older and that’s my focus now. If they were a little younger, maybe I would’ve kept playing like Ibrahimović! They’re a lot older on their journey – there’s only so much you can do as a dad being here, there and everywhere.”