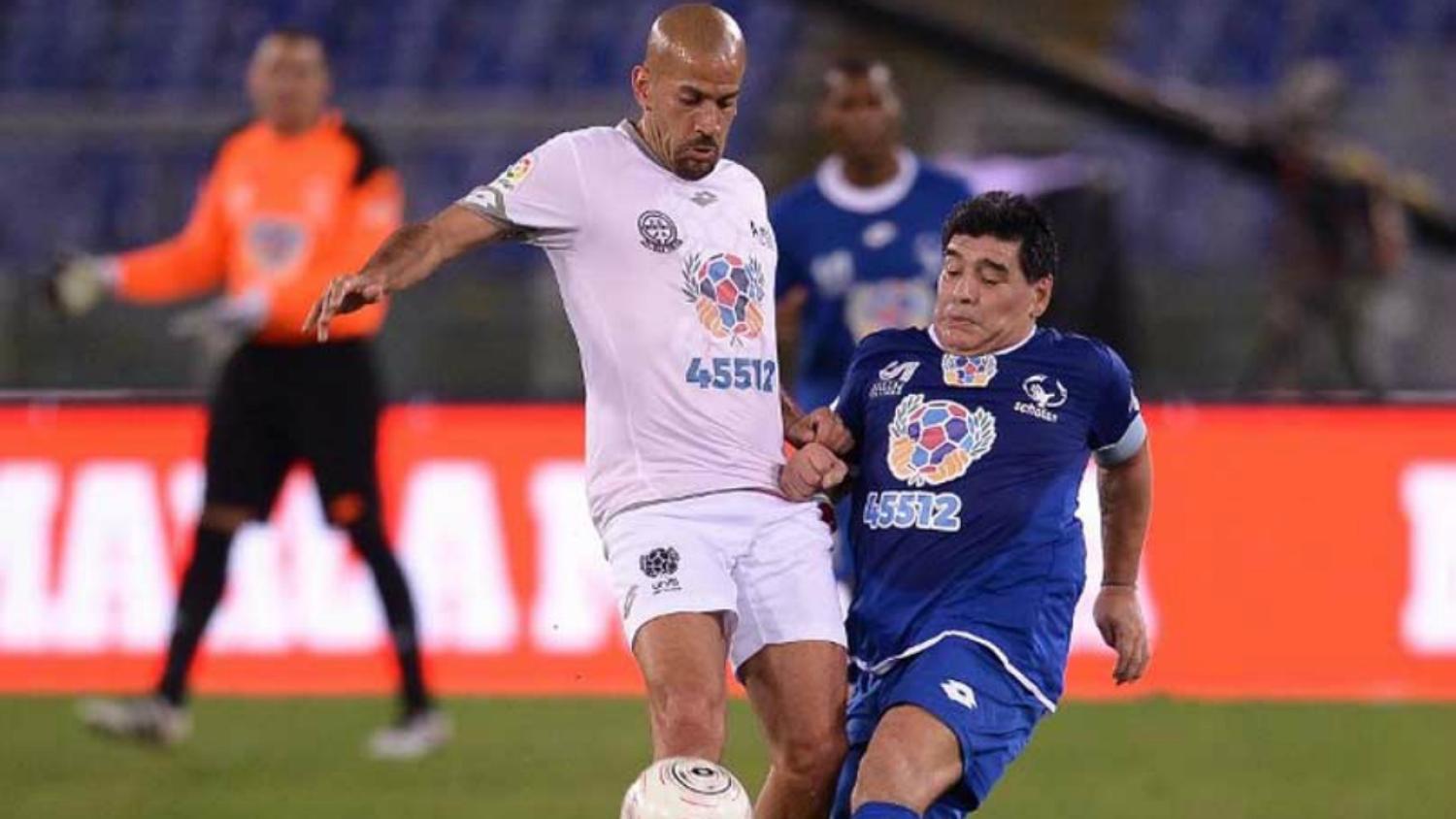 Diego Maradona made headlines for all the wrong reasons following his altercation with Juan Sebastian Veron at the Pope’s charity match for peace.
@ChampionsLeague | Twitter

55-year-old Diego Maradona had to be restrained by security staff at Pope Francis’ “Match for Peace and Solidarity” after getting into a verbal altercation with Juan Sebastian Veron on Wednesday night.

According to Vatican Radio, the match was organized by the Pope to “promote peace efforts among populations around the world, and proceeds from the match will help the earthquake victims in central Italy.” Most populations got along just fine on the night, but the Argentines had a little conflict of their own.

With the likes of Ronaldinho, Francesco Totti, Edgar Davids and Hernan Crespo helping to circulate the Pope’s message of “spreading peace through sport”, Maradona took issue with a foul from Veron. It could also have had something to do with Veron being critical of Maradona’s involvement with the Argentina setup, lambasting his management style at the 2010 World Cup and advocating against any further involvement from the Argentine great. We don't really know.

“What happened with Veron stays between us, I’m not supposed to talk about a player who I always admired a lot,” said Maradona.

Maradona has been making waves of late for clashes with his countrymen. He’s recently labeled Inter Milan striker Mauro Icardi a “traitor” for his relationship with the ex-wife of former teammate Maxi Lopez.

The charity match ended in a 4-3 defeat for Maradona’s team. Maradona certainly isn’t looking his best these days, but that’s not for any of us mere mortals to judge. If I’d have had his career, I would’ve celebrated myself into the grave long ago. Just saying.

Diego Maradona proves that he's still got it. He'll always be a class act. Watch for the handball ;) #Maradona #Argentina pic.twitter.com/XoH0fQqESj