Was This Cristiano Ronaldo’s Last Game For Manchester United? 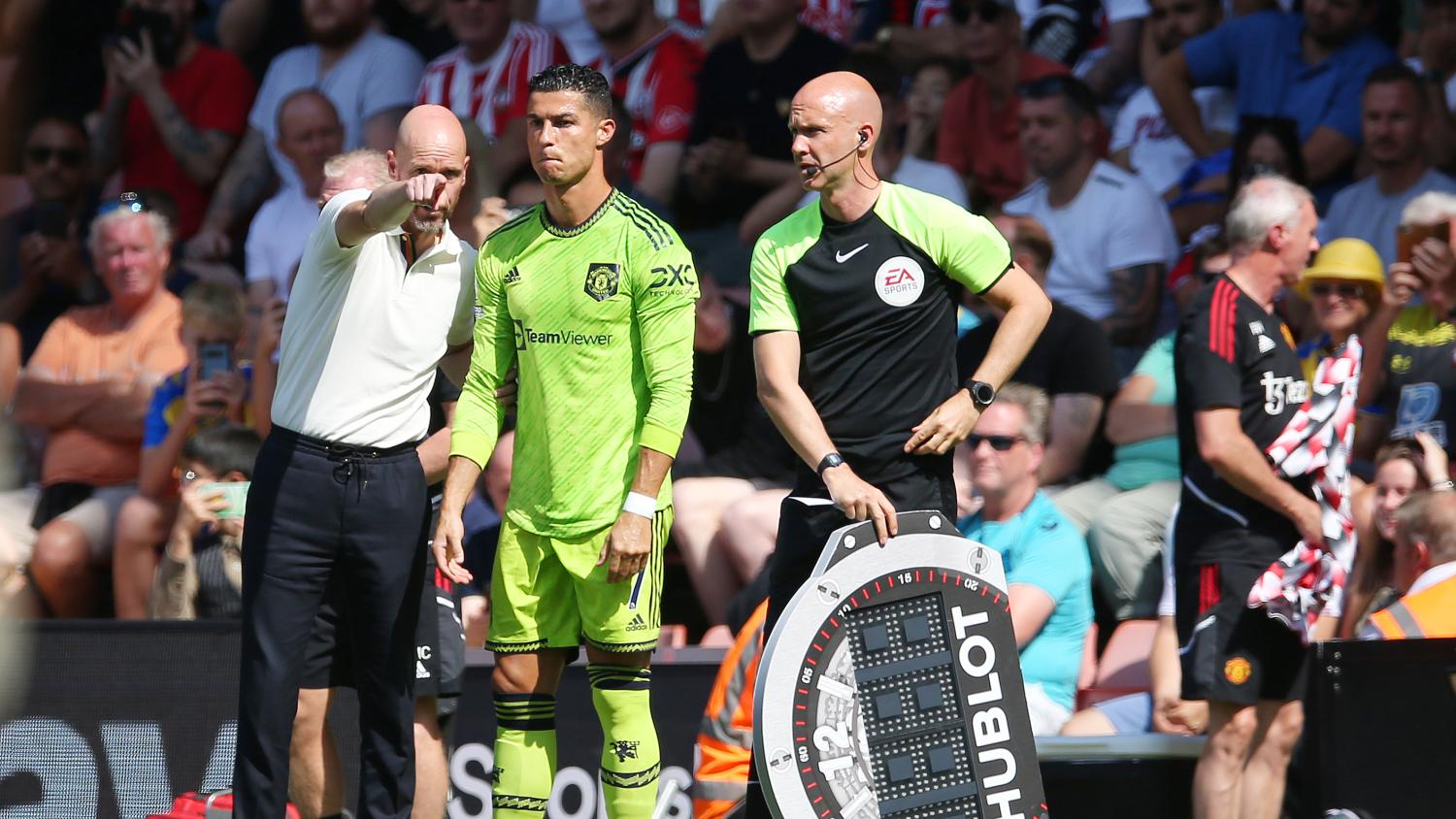 His Last Game For Manchester United?

Cristiano Ronaldo has been linked to a move away from Manchester United ever since the end of last season and with the transfer window closing in a matter of days, there’s reason to be believe that this would have been his last game with the club.

At least that’s what Bruno Fernandes made it out to be when he scored the only goal in Manchester United’s 1-0 victory against Southhampton this Saturday.

The Portuguese international has not been comfortable at Old Trafford. According to reports, he’s been unsatisfied with team performances, the board’s planning of the season and not securing a spot for the 2022-23 UEFA Champions League – the biggest factor in his wish to leave the club.

Though, as time has went on, there seems to be no clear bidder for the services of the legendary striker four days away from the closing of the summer transfer window.

Ronaldo’s ‘desire’ to play in the tournament is so grand that he has been ‘linked’ to basically every club you can think of that is playing in this season’s Champions League and would be able to compete for the trophy.

There have been rumors of a potential move to Borussia Dortmund, a move back to his boyhood club Sporting Lisbon, back to the Serie A with Napoli and even to the Ligue 1 with Marseille.

Although, most of these rumors have been debunked and according to Ronaldo, basically every report has been fake and he will tell "the truth" in an interview in a few days.

Yet another fake rumour of Cristiano Ronaldo being linked to a club and then getting rejected.

These media outlets think we can't see the agenda they're running.

Just wait for the interview in 2 weeks when Ronaldo exposes all of them. pic.twitter.com/VCqVYTlRS4

"No Champions League, No Ronaldo!"

It’s definitely something to admire that Ronaldo is so eager to keep playing at the highest level even when he’s accomplished so much and is turning 38 this season.

Though, to see that he’s willing to leave to basically any club just to rack up a few goals in the Champions League group stage and increase his all-time UCL goalscoring tally is quite disappointing.

You might ask yourself, why would Ronaldo stay in a club who is going through a transition and risk playing in the Champions League?

Well, Casemiro who is a Champions League winner and has just signed for Manchester United has the perfect answer for you.

Reporter: “Are you upset about not playing Champions League football?”

Casemiro: “Well, I (already) have 5” pic.twitter.com/BCbIHcESsn

Is Ronaldo Tarnishing His Legacy At Old Trafford?

The return of Ronaldo back to Manchester United was that of a fairytale.

The team had finished second in the 2020-21 season, they had signed Jadon Sancho, Raphaël Varane and Cristiano scored twice in his second debut at Old Trafford.

It was "Viva Ronaldo!" all over again.

In his first game back, Ronaldo scores his 119th goal for @ManUtd pic.twitter.com/214oWESzqT

Cristiano came to United thinking that they would be able to contest for every title, and it’s been the complete opposite.

The team has been poor, and failed to secure UCL football but Ronaldo had a wonderful 2021-22 season – scoring 18 league goals with perhaps the worst Manchester United side ever.

There were no trophies along the way, of course, but the Portuguese showed that he is still able to deliver with high stakes and with a team that had so little attacking threats, let alone a good back four.

Now, with the signing of Erik ten Hag as manager and the proper board backing, the club is ready to go through the long-term transition that Liverpool once went through with Jürgen Klopp. Yet, with Ronaldo being 37 years old, there might not be enough time for him to get his fair share of success at the time that United become competitive again (that’s if they even do).

Hence, there’s really no telling the Portuguese what he should do during this transfer window and the end of his career.

You can't tell a five-time Ballon d'Or winner what to do.

Now, we have no clue where the superstar will end up at the end of the transfer window and we probably won't know until Sept. 1.

Is that appropriate for a player the caliber of Ronaldo? Apprently not.

What is apparent, though, is that Ronaldo’s hunger for success in the late stage of his already historic career is getting in the way of having a proper finish to his iconic legacy at Manchester United.