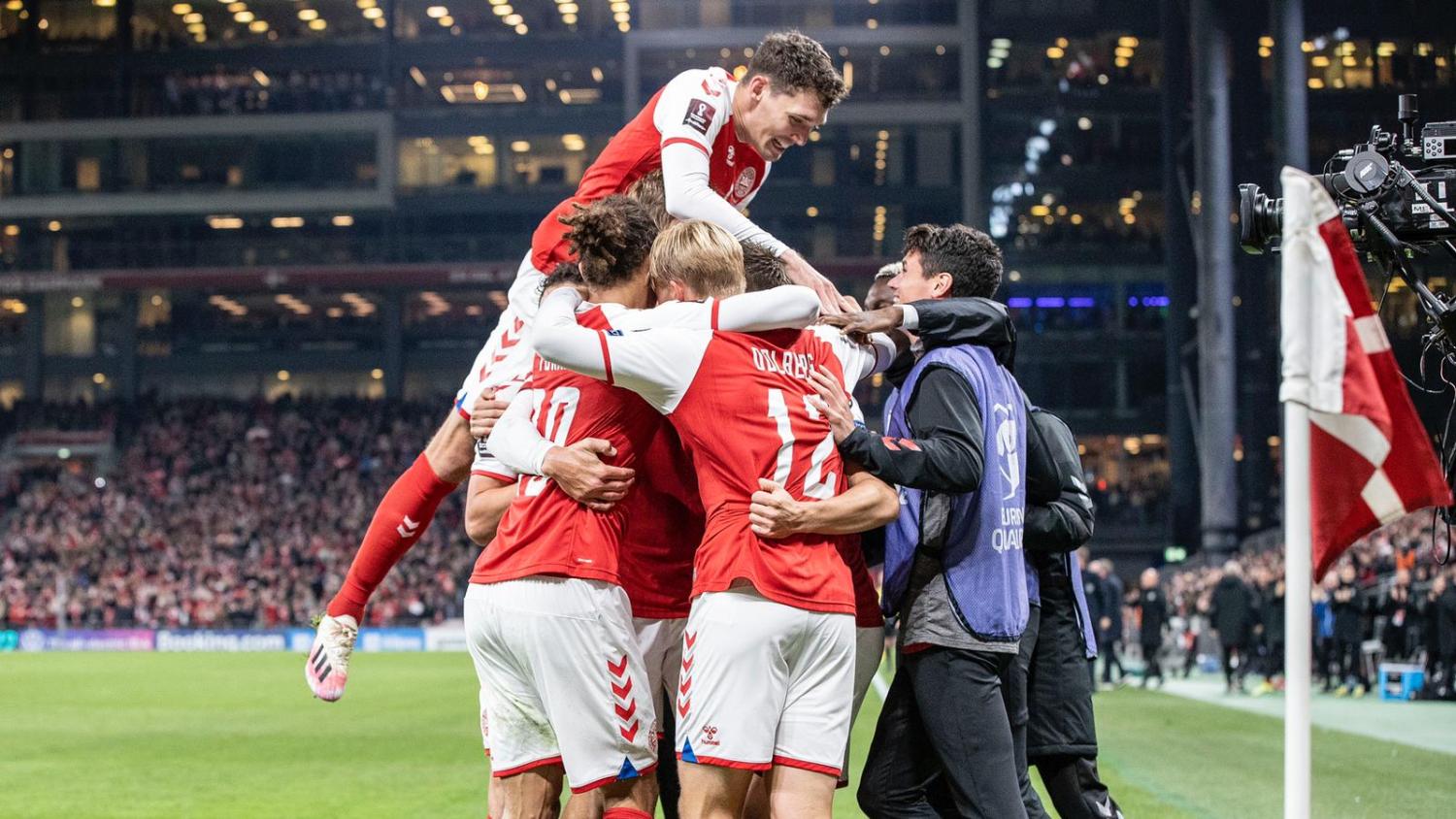 Denmark will be at the 2022 World Cup after an unbeaten run through qualifying.
@dbulandshold | Twitter

Few teams in the history of sport have been through what Denmark experienced this summer. Christian Eriksen, the nation’s talismanic midfielder, suffered cardiac arrest on the pitch in front of millions of viewers at Euros 2020. Forced to finish the match against Finland later that day, the Danes were unable to shake off the horror of nearly watching their friend and teammate die on the pitch, losing in an upset.

Since then, Denmark has been nearly unbeatable. A run to the Euro semifinals has been followed by a marvelous string of results in World Cup qualifying. The Danes clinched their spot at the World Cup for just the sixth time ever, completely a dream qualification run with a 1-0 win over Austria on Tuesday. After host Qatar and Germany, Denmark is the third team to ensure its place in the 2022 World Cup.

Thomas Delaney’s driving run set up Joakim Mæhle for the winner in the 53rd minute and the defense led by captain Simon Kjær and keeper Kasper Schmeichel held firm as Denmark celebrated a momentous moment for the team. It’s only the second time Denmark has qualified for back-to-back World Cups.

Denmark clinched direct qualification with eight wins from eight in UEFA qualifying Group F. Thought to be a fairly open group with Scotland, Austria and Israel (plus also-rans Faroe Islands and Moldova), the Danes ran away with it to book their trip to Qatar with two games still to play. Scotland’s 1-0 victory over the Faroe Islands on Tuesday wasn’t enough to stay within touching distance of Denmark. It did, however, put the Scots within touching distance of finishing second to advance to the UEFA playoffs, eliminating Austria in the process.

Denmark through in style as Scotland leave it late to strengthen their grip on second #WCQ | #WorldCup pic.twitter.com/jV29cRQdHu

The Danes were stunningly efficient in qualifying, scoring 27 goals while conceding none. Five of those wins came after Euro 2020, without Eriksen. While the group wasn’t the toughest, the only other teams to win every match in World Cup qualifying so far are Morocco and Senegal, who have played a combined seven qualifying matches.

To make the feel-good story feel even better, before the match Denmark was given a World Fair Play Trophy for their actions surrounding Eriksen’s terrifying collapse.

Because football is about more than winning. pic.twitter.com/z7RLoqm1Ry

Though it’s still unclear if Eriksen will be able to make it back to play at the World Cup or if he’ll even ever play professionally again, seeing Denmark rally around him has been one of the best stories in sports this year.