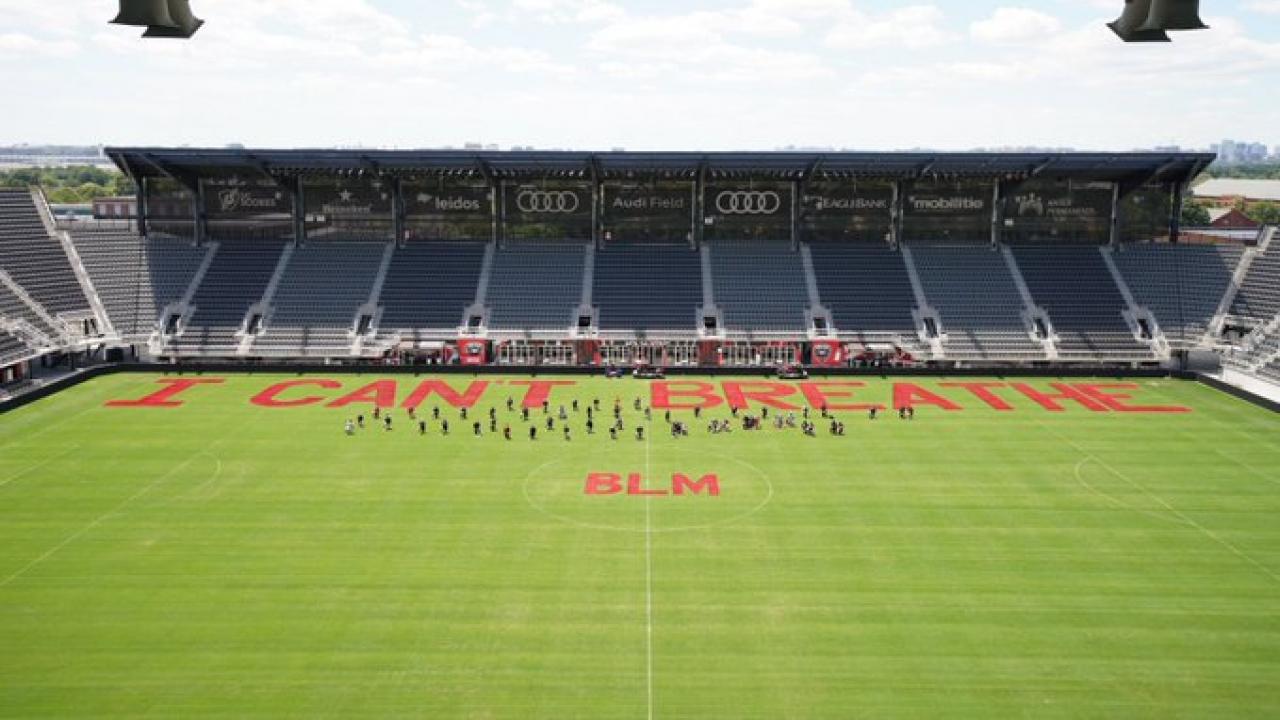 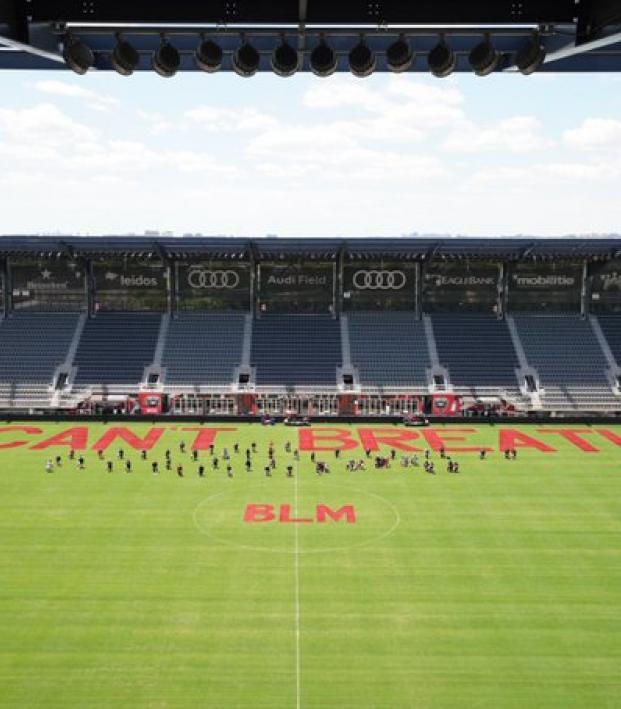 Connor Fleming June 7, 2020
A powerful and visceral statement that’s hard to miss unless you’re holed up in a bunker.

In an act of solidarity that mirrors D.C. mayor Muriel Bowser’s decision to paint “Black Lives Matter” in giant yellow capital letters across several city blocks running towards the White House, D.C. United has voiced its support for protests across America by painting “I CAN’T BREATHE” and “BLM” on its playing surface at Audi Field.

“Please, I can’t breathe.” “My stomach hurts.” “My neck hurts.” “Everything hurts.” “They’re going to kill me.” Those were the final words of George Floyd while Minneapolis police officer Derek Chauvin murdered him in broad daylight by pushing his knee into the back of Floyd’s neck for over eight minutes straight.

These acts of solidarity with protesters continued today in Europe.

In Germany’s Bundesliga, matches between both Union Berlin-Schalke and Werder Bremen-Wolfsburg saw players, managers, staff and referees taking a knee before kick off.