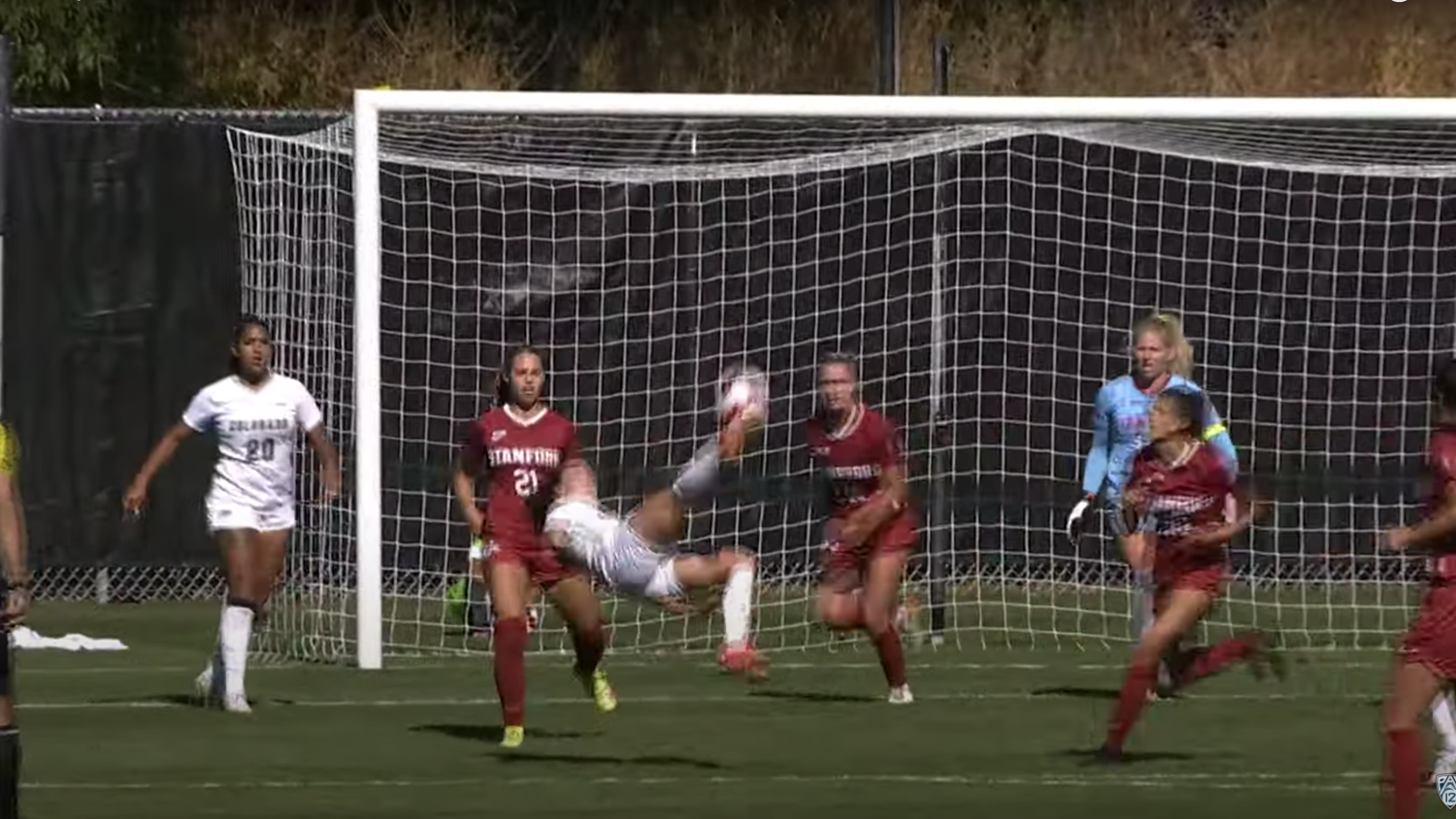 When it comes to women’s college soccer, Stanford is the preeminent program in the Pac-12, regularly producing USWNT stars like Julie Foudy, Christen Press, Kelley O’Hara, Andi Sullivan, Alana Cook and Catarina Macario. So whoever the Cardinal are playing, they know they’re going to get their best. On Sunday, it was the Colorado Buffaloes trying to knock off Stanford and nearly doing so thanks to a stunning CU bicycle kick goal.

And for the second straight week, a women’s college soccer play wound up No. 2 on SportsCenter’s Top 10.

The Buffaloes haven’t had the best of seasons to date, having won just one Pac-12 match so far. However, they gave themselves a platform on which to build after rallying for a 2-2 draw with No. 13 Stanford on Sunday to end a three-game losing streak. It was the first time CU has ever earned a point against the Cardinal.

Stanford took a 2-0 lead into halftime, but Colorado rallied at home thanks to the magic of Shanade Hopcroft, sparking a two-goal comeback.

Watching this one on replay.

With the historic point in the bag, the day got better for CU when Hopcroft’s goal made it to No. 2 on the SportsCenter Top 10 from Sunday.

The Buffs will try to build momentum heading into the final stretch of the season with five matches to go before the Pac-12 tournament.