The Craziest Soccer Tournament In The World Returns This Summer

Throughout the procession wave the flags of numerous European countries and men of widely varied ages and body types wearing matching tracksuits, taking it all in. These are the men who will represent their countries highest regions at a soccer tournament billed as “the craziest football tournament of the Alps”, the Mountain Village European Championship.

Kicking off this summer in Morzine-Avoriaz, France, the tournament is being held for the third time in conjunction with the UEFA European Championship. Running from June 2 to June 5 in the French mountain village, the competition features 12 amateur teams from across Europe who will represent their countries. 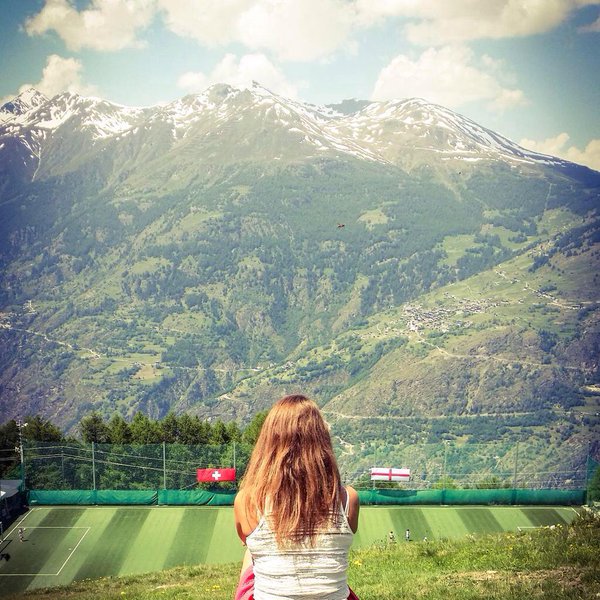 Clubs like England’s Peel Saint German, the Czech Republic’s Beskydsky Fotbalovy Klub and Spain’s Alhama FC will have the chance to represent their countries, and the underrepresented people of their countries' mountainous regions, in a tournament that was created in large part by disgraced former FIFA president Sepp Blatter.

The tournament is designed in “a way to strengthen the role football plays in bringing people together. Moreover, it draws attention to the inhabitants of the Alps and allows them to assert themselves in a challenging environment.”

The 2008 and 2012 editions of the tournament were attended by more than 14,000 spectators and marked by a commitment, on the part of the organizers, to ensure the future of the mountain populations of Europe.

While the idyllic images of snow-capped peaks and lush mountain meadows paint an impressive image of mountain living, the reality is usually a lot less romantic. Long working hours in tough conditions, poor pay and the enticement of city living has seen a growing number of herdsmen, shepherds, and agricultural workers leave the Alps.

Jean-Michel Cina, State Government Official of Valais, echoed these sentiments: “Not only are we not abandoning the Alps and the mountain population inhabitants of Europe, but we are making a commitment to ensure their future.”

Designed as a prelude to the UEFA European Championship, the tournament boasts a wide array of creativity and innovation. Historically, teams and balls have traveled by cableway or gondola to certain destinations, while losing a football to a steep precipice or cliff is an extremely common occurrence. 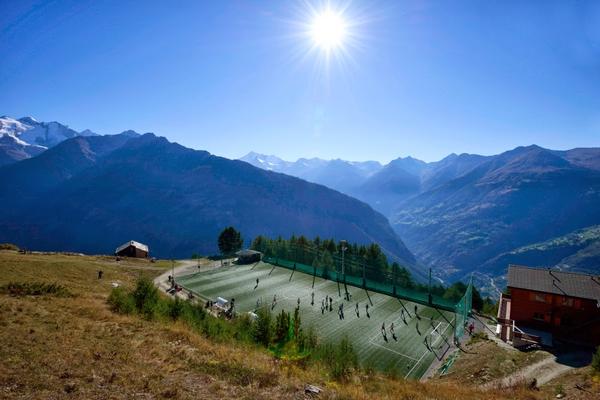 Timo Konietzka, a former member of the German national team, once trained with FC Gspon of Switzerland, who play their matches at the foot of the Matterhorn mountain (6,561 feet). “During the warm up, I did have some difficulty with the altitude,” he said. “Throughout my years as a football player, I’ve experienced many different things but never anything like in Gspon. There were constantly balls which flew way over the fence and disappeared into the valley.”

While football at extreme altitude certainly breeds its own unique experience, there’s one key factor that the tournament shares with its professional counterpart: the international dominance of Spain.

Spain won the first two editions of the tournament. The 2008 edition was held in Gspon, Switzerland. The 2012 event took place in Kleinarl, Austria.

A warmup for the 2016 edition of the tournament made headlines in early March when Italy played Switzerland on the Allalin Glacier in the Pennine Alps. The game was played at 11,482 feet, setting a new European record. 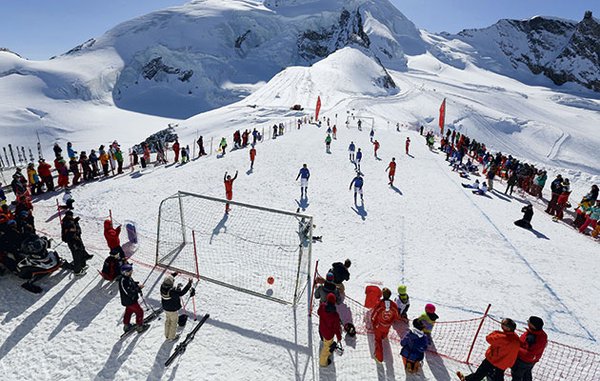