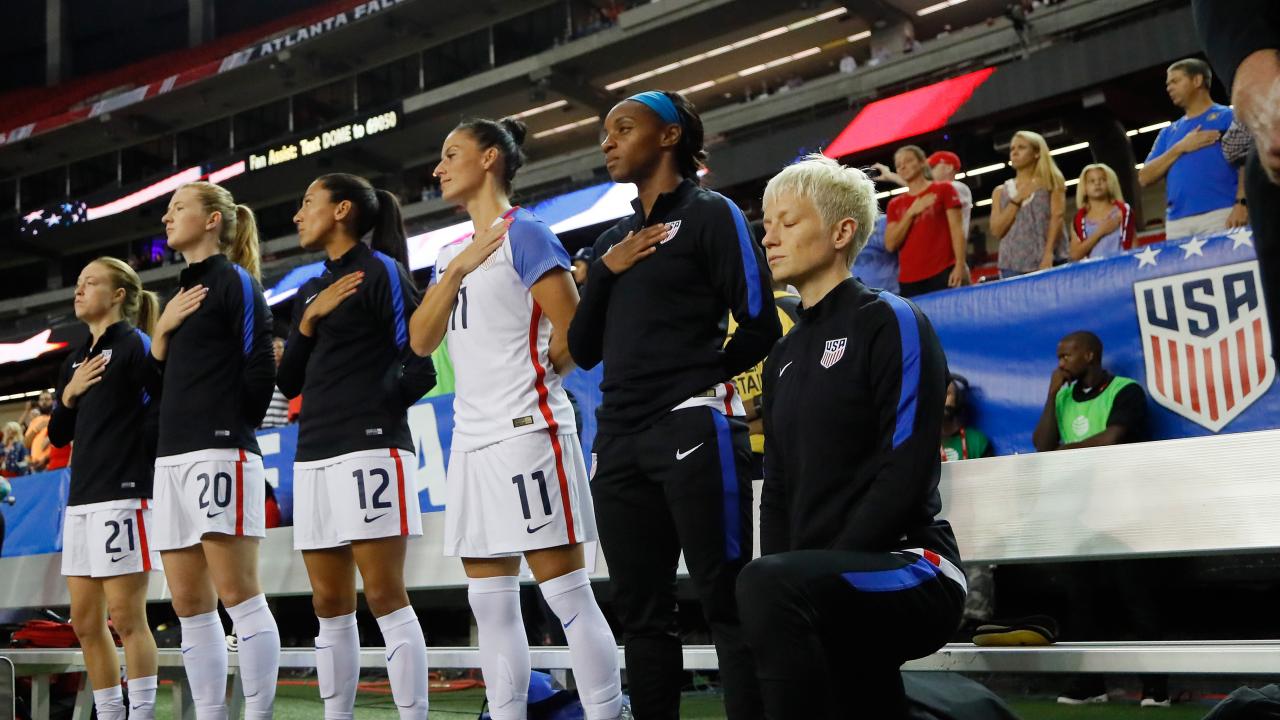 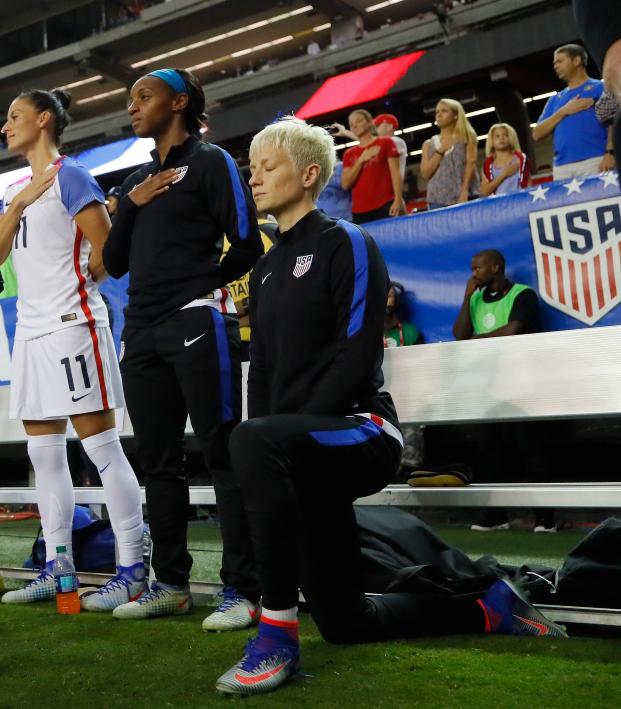 A Congressman Is Drafting A Bill To Force U.S. Soccer Players To Stand For The National Anthem

Travis Yoesting June 13, 2020
We get the virtue signaling, but did he really have to insult soccer like that?

With a vote that was non unanimous from its board of directors on Wednesday, the U.S. Soccer Federation repealed Policy 604-1, which had required players to stand for the national anthem. The policy was introduced in March 2017 after Megan Rapinoe followed the lead of Colin Kaepernick in kneeling for the national anthem to protest police brutality and systemic racism in 2016. Following the widespread Black Lives Matter protests since the murder of George Floyd in May, U.S. Soccer this week admitted it was wrong to limit the freedom of speech of its players, even going so far as to send a personal apology to Rapinoe.

This has not sat well with many Republicans, who have followed the lead of President Donald Trump. The U.S. President has maintained there should be no kneeling for the national anthem.

Gaetz announced Friday he was drafting legislation to compel U.S. Soccer to reverse its repeal of Policy 604-1. Unfortunately, he insulted soccer in the process.

“I just could not believe this when I saw it,” Gaetz said on his House.gov website (we’ve cleaned up the site’s poor grammar to make it readable). “This is the U.S. national soccer team making the decision that the soccer players who play underneath our flag do not have to stand for it as it is being presented.

"If players are playing for our national team...they should stand for the anthem, they should respect our flag."https://t.co/Syy3tIJ4fU

Soccer fans in America are used to being on the fringe of sports culture, often mocked by fans of other sports, so this isn’t all that surprising. However, whether or not you agree with the anthem policy, it is startling to hear a politician disparage soccer so openly, suggesting the team shouldn’t even exist. We get the virtue signaling, but does he really have to bash soccer like that?

Gaetz explained his decision to draft such legislation on a podcast but has not revealed details or what “financial repercussions” could entail.

“I certainly think that we have the right to compel that our national team stand for the national anthem,” Gaetz said. “While our anthem is playing, while you serve on the team, I think there is an obligation to respect our country.

“In the coming days, I will be introducing legislation to compel U.S. Soccer to reverse the decision they made, to repeal Policy 604-1. If players are playing for our national team, they should respect the honor that that bestows, they should stand for the anthem, they should respect our flag. If we love America, we would expect and deserve and demand, no less.”

First, it must be said that kneeling for the national anthem is not disrespecting the flag or the country. Kneeling is a peaceful protest protected under the Constitution. But people in power will always find problems with how protests are conducted, whether it’s taking a knee before a sporting event or marching through the streets in front of a church in D.C.

What is disrespectful to the flag and the country is the systemic white supremacy and police brutality these kneeling protests have been trying to resolve. Someone who has been given everything by his white privilege trying to deny the freedoms of others is just the type of shit these protests are trying to stop.

Second, it must be said this bill, if drafted as Gaetz promised, wouldn’t stand a chance of being passed in the Democrat-controlled House, let alone being ruled constitutional. Additionally, FIFA has rules against politicians interfering with national teams, so fans of the USWNT and USMNT will hope FIFA is not forced to intervene.

Of course, Gaetz knows this bill will never go anywhere; it’s all a publicity stunt. I suppose in that regard it worked considering a soccer website is writing about a congressman with a milkshake-able face and a penchant for speeding tickets, drunk driving and ignoring science.