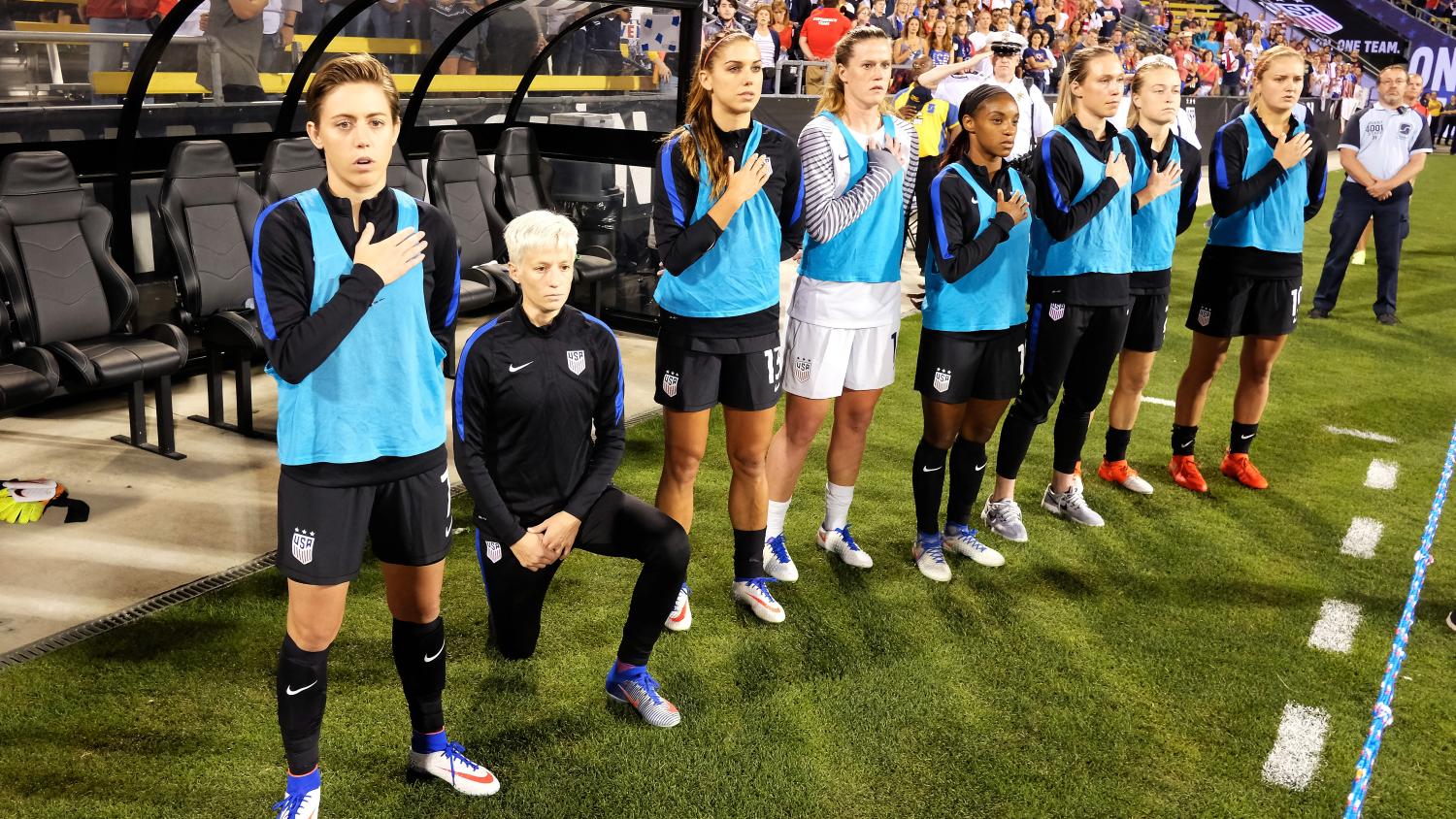 Cindy Parlow Cone reached out to Megan Rapinoe over the national anthem policy that was instituted to limit her freedom of speech.
Getty Images

A day after the U.S. Soccer announced that it had overturned its ban on protests during the national anthem, federation president Cindy Parlow Cone apologized to women's national team star Megan Rapinoe for the policy being instituted originally.

U.S. Soccer added the rule to its bylaws in 2017 after Rapinoe began kneeling for the anthem to protest racism and police abuses. Rapinoe was following the lead of then-San Francisco 49ers quarterback Colin Kaepernick, who began the same protests in 2016 and hasn't played in the NFL since that year.

"I personally apologized to (Rapinoe) for putting this policy into place," Parlow Cone said Thursday in an interview with ESPN FC.

Parlow Cone, moved from U.S. Soccer vice president to the presidency after Carlos Cordeiro resigned in March, admitted that the recent national protests regarding racism spurred the board to its reversal.

"The protests definitely galvanized our thinking on the issue," Parlow Cone said. "In 2017, when we passed the policy, the board's discussion centered around the national anthem and the perceived disrespect for the flag, and we missed the point completely.

"It wasn't ever about the flag. It was and is about fighting police brutality and the racial injustices in our society. And it's about seeing and believing and standing with our black and minority communities that fight injustices."

She admitted that she felt in 2017 that kneeling was disrespectful to the flag, and she acknowledged there likely will be backlash against U.S. Soccer's reversal.

"While I personally choose to continue to stand for the national anthem and use my voice in other ways, I feel that others have the right to kneel," Parlow Cone said.

Cone sought out perspectives on the issues from players on the women's, men's and Paralympic national teams, and she invited three players on each side of the debate to address the board. The only one of the players she publicly identified was Rapinoe.

Earlier in the week, the U.S. women's national had issued a statement calling on U.S. Soccer to reverse the anthem policy and apologize for implementing it.

The players succeeded in those requests, but they have another fight ongoing vs. U.S. Soccer: a multimillion-dollar lawsuit alleging gender discrimination. The federation won a key pre-trial ruling in the case earlier this year, and the trial is scheduled to start Tuesday.

"I want to resolve it ... as partners, as teammates with our players ... it is still my hope we can resolve this before it goes to trial," Parlow Cone said.